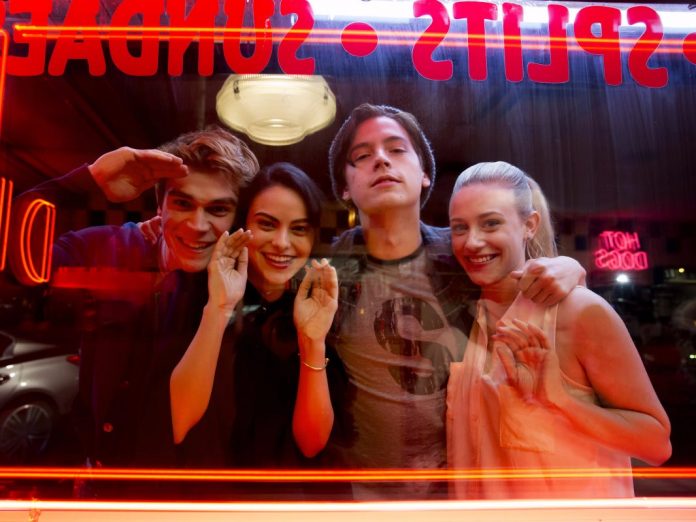 Riverdale is one of the best American teen drama show streaming on Netflix. Riverdale as always is full of surprises. Beginning in 2016 this show sucks you in with its epic thrill, romance, drama and mystery. Riverdale revolves around Archie from Archie comics, the girl next door Betty, his best friend Jughead and the new girl in town Veronica who tries to unravel the evils lurking out in shadows. In the process they were exposed to lot of twist and turns but that’s Riverdale is all about.

Here some of the shocking facts about Riverdale that will knock you down with a feather.

Riverdale was actually going to be a film

In order hide the identity of the person who murdered Jason Blossom. Riverdale cast actually shot multiple endings. Well this is really surprising but when it comes to spoilers Riverdale can go to every ends to prevent revealing.

K.J Apa wanted Archie and Betty to be endgame

Now this might shock also after watching so much of Varchie romance. You have never expected K.J apa/Archie Andrews to be thinking of this but K.J Apa did said that he thinks the relationship between Betty and Archie is classic and he wants them to be endgame however the hot red guy isn’t the one writing the show so it will ease you to know that’s there no such information of them to be together has yet declared.

Well, yes K.J Apa who is playing role of Archie Andrews isn’t actually an American. Born in Auckland, New Zealand he first played a role of Kane Jenkins in New Zealand primetime soap opera Shortland Streets from 2013 to 2015 Also featuring in shows like the The Last Summer, The Hate You Give and A Dog’s Purpose.

Riverdale is the first show of Camilla Mendes’s life, it doesn’t look the same after all her flawless acting of portraying herself a spoilt brat is one of the reasons Riverdale is at the top of everyone’s Netflix list but above all she is a really cute and funny nature

K.J Apa had to dye his hairs red for Riverdale

The hot red beauty of Riverdale Cheryl Blossom which actually steals the show by her acting but do you know that she was firstly asked to give auditions of Betty Cooper. According to sources the character of Cheryl was not revealed during the auditions.

Also read Shades Of Life(Opens in a new browser tab)

Not only K.J Apa but Lili Reinhart also had to undergo to look flawless in the show. In an interview she said ‘My hair is damaged as hell from being on my show and just from heat styling is general’ Lili said ‘S I try to take good care of my hair’, the ponytail causes me stress. It takes a long time than you think, longer than you’d think, and it’s really annoying and very frustrating. It’s just the fact that it’s hard to get it perfect… That’s my biggest struggle. Being on camera, you can’t have flyways, so I’m looking at my haed probably 70 times a day to make sure that my hair is in place. I hate that it’s very high maintenance.’ She added.

Also read Top 10 Countries Of The World With Similar Flags

Camilla, Lily and K.J were not selected during the auditions of Riverdale

We all the love onscreen chemistry of our Riverdale team and what excites us more is how nicely they paired up in the show, the way the quad lit the show is remarkable but what if I say that out of these four central character only Cole Spouse was selected and Camilla Mendes, Lili Reinhart and K.J Apa were not selected during the auditions but luckily they were later called for the same. Its really that they were selected at the end because Riverdale can’t be imagined without these four.

K.J Apa broke his hand in season one finale

In season one finale we all saw Archie Andrews who rescued Cheryl Blossom from drowning in a frozen lake. During the scene when he was smashing the ice, he wasn’t actually punching the real ice. When asked from him he said ‘That was gnarly day of shooting. I’ll tell you that much.’ Apa further added ‘I wasn’t really punching the ice, but I got a little bit too excited. I was punching the foam mat that was placed on the ice. It was cold, so I didn’t really feel it. It wasn’t until 20 minutes after that I realized I broke my hand. I didn’t tell anyone.’