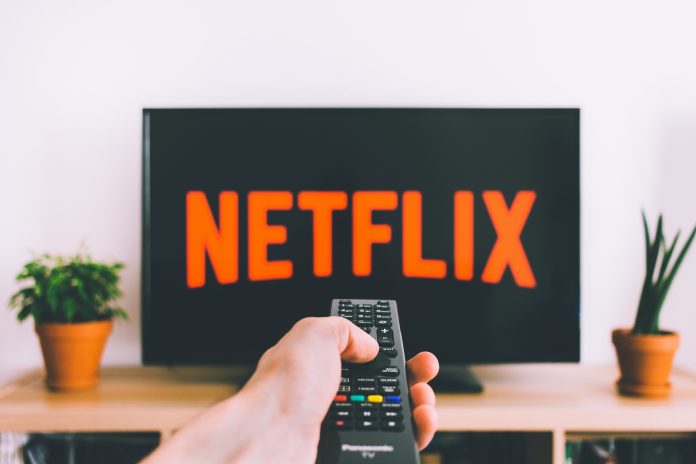 Watchers from all over the world who look for potential distractions are now rooted in such streaming services. New shows, movies, especially the originals that these streaming giants release, most importantly the web series’, include full series online.

People are no longer watching a single episode, waiting for advertisements to end, and then getting back for the second episode the next day. A series of 10 to 15 episodes finish in a day or two. The rush to connect with others in an in-depth discussion of the show engages your mind in the exposure to constant media engagement.

No more switching channels or opting for any other form of visual entertainment. Online web series has changed how people spend time today. They are drawn from their everyday households, college campuses, and even from work to finish watching the episodes as if the characters are running away.

We all become an honest self of the one we pretend to be. We start doing things more often just to consume the energy that is flowing around. Movies are still bringing a record amount of money at the box office, despite a growing number of subscribers of Amazon Prime, and Netflix. Although it keeps stress at bay, binge-watching acts as a steel door blocking our brain from the constant stressors forcing themselves into our thoughts.

Today research has reported 59 million subscribers only in the US for Netflix. A modern media company, Netflix has left a tremendous impact on several industries today.

Speaking of which, to catapult and unknown actor overnight to fame is called the “web series affect”. Some have also named it the Netflix effect, or the Amazon Prime effect.

Change Is Constant – Bring On The New Viewpoint

The exhilarating visits to movie halls and popcorn binging are in no place today. Records, DVDs, CDS have long-demolished themselves. The constant streaming of content anywhere today has made people sans patience.

Instead of buying cable plans, the population is focused on purchasing unlimited data. Just in 2018, nearly 33% of the population worldwide disconnected the cable connections, at the same time there has been an increase in Netflix, Amazon Prime, and hoichoi users.

Programming of extensive applications contributes to the biggest factor for consumers to decide how they want to view content today. Media in terms of print and visual both have taken away the hassle because of such technological progress.

One-touch advancement has been the journey, an aggregator providing information to consumers for all the new content flooding online. Consumers get assistance in deciding what’s new across all streaming devices.

The use of artificial intelligence drive content classification and system recommendation to suggest content according to the user’s taste. If you remember, once you sign in these applications you are asked to submit your preferences, such as language, movie genre, and actor, for example.

The biggest aggregator today Flixjini, Doco Digital, collects readings, reviews of Web series, movie shows, and assists users in deciding the next choice. A promising feature of these aggregators includes the notify option.

So of the content of your choice is not available at the moment, you can keep it in your wish list, and whenever it is available you are notified on it.

As soon as, a new Web series or original of the application is dumped online, people are no longer watching a single episode. They keep away all the important households, pending work, and stay glued to those Web series. To name a few we have money heist, friends, black mirror, big bang theory from Netflix, four more shots, Vampire diaries & How I met your mother from Amazon Prime topping the list.

Upon questioning a binge-watcher, you will receive a justification for the entire time wasted. Excuses flow in the form of stress-relieving, break from a hard day at work, or time is taken to slow down at night. Today you can just count the number of people not having and a Netflix account.

Once you start watching a series, it keeps the reality away. Hours and hours flow pass easy, and the one episode you took as a break has lead you to the end of the show. If you discover all your free time wasted sitting in front of these mind bogglers, waiting for the day to finish, the impact is tremendous, already.

Report of children slipping grades, employees reaching late to work and even people not going outside has been increasing. The competition with traditional TV has already drawn users to existing TV shows airing on these applications. Your so-called achievements are peeping eyes from the shelves, left unnoticed.

The move towards a more personalized and convenient content, now clarify how households are not immune to the Web series effect. Web series are not the one to be blamed, the entire application can be held responsible.

In a way, your mind settles for a marathon, unprepared. The brain releases chemicals, keeping you awake and away from your other engagements. The enjoyment produces dopamine, releasing an internal reward of pressure. What you call, “a feel-good factor”.

This is a pseudo-addiction phase. Its non-discrimination against pleasure. The consistent production of dopamine makes you addicted, and there’s no end.

Fierce, Is The Competition!

College goers, especially, have a knack to evolve their lives around the popular shows dumped now and then. The original content created has grabbed more shizz than movies and shows aired previously, ever since. All of this is taking away viewers from the traditional content, more so because, there are so many things at once to glide on.

The competition is fierce. The film and TV companies are leveling up their launches to keep up with Netflix & Amazon Prime. Although these can have their demarcations and cannot be similarities, the online streaming industry is to be blamed for.

The entire media and publication industry has so much to learn from Netflix. From personalization, disruption to innovation – an interface fighting, teaching, and competing at the same time. The risk of being demolished by the “web series effect” can easily take away the charm of daily soap and other traditional content.

It’s You, Not The Show

Your favorite characters fuel the desire to binge-watch. Most likely, you experience a live event. Even if the show is 10 years old, you watch it like, it’s just today. For example, a F.R.I.E.N.D.S fan never loses interest in constant repetition. Of course, the show is to be credited, but it’s the “Web series effect”.

From fantasizing magic like Sabrina Spellman to wishing to die and a vampire – All of it basks in the “Web Series Effect”. You start caring about the conflicts, realize life can take such eventful turns, change your expression of who you are – often giving your true self on the characters that interest you.

This area is occupied by “wishful identification”. Here, you are immersing in fantasy. The shows exploit virtues of power, success, and prestige. This makes shows more pleasurable to watch. The close connection, constantly booming your nerves to release dopamine proclaims a parasocial connection.