Food knows no boundaries, and we are truly blessed to inherit a world where different cultures and countries celebrate food in so many ways. In fact, the culinary industry is only revolutionizing with each passing day, and now is the best time to enjoy cuisines from across the world. Additionally, globalization has made access to foods from different areas possible, because of which foodies are able to enjoy good food from across cultures and boundaries.

From the exquisite desserts of France to the North American barbeques, if you are open to trying out new food, life will never fail to surprise you. And though it is impossible to decide which cuisine out there is the best, it surely does not hurt to get your hands on as many cuisines as possible.

Let’s discover the world Cuisines from around the world.

In the present time, Thai cuisine is one of the most popular of all foods from across the world. And though it bears quite a lot of resemblance to Chinese food, since they use a lot of similar ingredients, any true food lover would know the difference between the two. Thai food relies heavily on noodle dishes, broths and fresh herbs for flavourings. And unlike Chinese food, Thai dishes also use a lot of vegetable in a thick sauce for extra flavours. Basically: hot, bitter, sour and sweet: all of these flavours combine together to make a great Thai dish.

Did you know that French cuisine was one of the first ones to travel beyond the borders of its country and spread to other places? In fact, till date, a lot of aspiring chefs desire to be trained in the classic French way! This is the impact of French cuisine across the globe. And of course, no French cuisine is complete with some fine quality bread, wine and cheese.

Japanese cuisine has a really unique style of cooking, which distinguishes it from other cuisines out there. A lot of ingredients that you would find in Japanese cuisine cannot be found in the food of most other countries. And the true mastery of Japanese food relies on using the freshest of ingredients which are prepared meticulously, with seasonings also playing a major role in adding to the flavour of a good Japanese dish. It would also be interesting to know that traditional Japanese cuisine is quite rich in cancer fighting elements, such as fruits and vegetable. And Japanese cuisine uses a lot of incredible elements, such as green tea, calcium rich vegetables, mushroom, anti-oxidant rich yams, etc. which are must haves in your regular diet.

Sushi, udon and tofu are must try Japanese foods.

Indian cuisine is gaining so much popularity across the globe with each passing day, that more and more foreigners are willing to give this rich cuisine a try. And the best part about Indian cuisine is that it is always backed up with so much history and cultural influences. In fact, did you know that our signature dish, Chicken Tikka Masala, is an absolute hit in the global world out there?

Summing up Indian cuisine in a few words is however a task in itself. Because of the cultural and regional diversity in the country, the food that you would find in the country is also really diverse. Thus, it would not be surprising to note that while some states consume fish on a regular basis, some states have a vegetarian diet! What remains common, however, is the Indian obsession with spices, and the heavy use of spices and masalas in our everyday food. Moreover, Indians also have a sweet palate, and no meal is complete without a sweet dish. The street food of the country is another chapter in itself, which is why a lot of travelers believe that you need to have a stomach made of iron to brave the variety of food in the country!

Also read Ten Recipes to Dine on this Quarantine Season

Similar to other Asian cuisines, Korean cuisine also includes a lot of rice dishes. This rice is served with vegetables, meat and seafood; and the most famous Korean dish that most of us would have heard of is Kimchi. Kimchi is basically cabbage which has been mixed with spices and vinegar, is put in clay pots and is then allowed to ferment.

Just like in India, food in Spain is not homogenous, and varies greatly as you move across regions. However, as a general observation, Spanish food does not include much of lamb and beef, and they prefer to stick to meat and the variety of seafood which is available there. Without a second doubt, one of the most famous Spanish dishes is tapas, which are tasty snacks with a complex layer of flavours. And the Spanish dessert ‘churros’ are also gaining more and more popularity with each passing day.

Though common notion has it that German cuisine is nothing more than potatoes and sauces, the truth is quite different. German cuisine has a lot of regional variations, and meat and sausages are widely used in multiple ways. The charcuterie and the cheese that they use are also worth praising! Rye breads also form a crucial part of the German cuisine!

Popular German dishes include Bratwurst, that is Grilled Sausage, Kartoffelpuffer or Potato Pancakes and Kartoffelkloesse, which are basically potato dumplings.

Italian cuisine is extremely popular in all parts of the world, especially among teenagers and young adults who are always up for pizza and pasta! Traditional Italian cuisine uses exotic and flavourful ingredients such as olives, oregano, basil, parsley, garlic and tomatoes. As a result, not only is their food really hearty, delicious and healthy, but is also a delight to look at. And this diet is apparently very good for the heart too!

Also read The history of the apple pie

It is a great misfortune that Australian cuisine is not counted as one of the best in the world. This is perhaps because it is not easy to define, and it borrows heavily from other countries, such as Britain and Europe. In fact, in recent times, even Asian cuisines have started to influence Australian cuisine. Classic Australian chicken, lamingtons, sausages and pavlova are some famous foods from this cuisine.

Scottish cuisine is really hearty, and is a delight to have. Fresh and local produces makes up for the bulk of the primary ingredients that are used in their cuisine, and venison, raspberries, seafood, etc. are common elements that you will find in any Scottish meal. Famous foods like oatcakes, porridge, shortbread and kippers are all a part of Scottish cuisine.

Mexican food is really scrumptious and delicious. It is spiced up with a lot of ingredients, including chilli, cinnamon, garlic, onions and cinnamon. Corn, rice, beans, chicken, tamales and tortillas also form the basics of Mexican food, and so do fresh produce like sweet potatoes, guavas, avocados and tomatoes. Chocolate is also an essential part of all Mexican desserts. Must-try food items from this cuisine include tostadas, enchiladas, mole and of course tortillas.

Turkish cuisine has come from the Ottoman Empire. It is a fusion of different cuisines of Central Asia, Middle East and the Mediterranean regions. In fact, the Turkish cuisine combines all these and then refines them. And this cuisine has in turn influenced that of other regions, such as Western Europe.

Think of lamb, olives, tomatoes, some good feta cheese and seafood, and you would be instantly reminded of Greek cuisine. In fact, famous dishes such as pita break, gyros and tzatziki are all a part of the Greek cuisine. Greek cuisine is also really flavourful. It uses a lot of strong flavors such as honey, oregano, mint, garlic, thyme, and oregano for its seasonings.

Lebanese cuisine uses a lot of starches, fruits, vegetables, fish and seafood, and also whole grain. Animal fats, on the other hand, are consumed only sparingly. Lebanese cuisine also has an inclination for poultry over red meat, though red meat is eaten in the form of lamb and goat meat on the coastal areas and mountainous regions respectively. There food also includes a lot of garlic and olive oil, and relies on lemon juice, herbs, lemon and lemon juice for flavourings.

Make sure that you try out Kibbeh, Kafta, Hummus and Rice Pilaf among other food items.

You will mostly find foods like rice, seafood and chicken in Caribbean cuisine. Fresh local produce also forms an inherent part of their diet. This includes vegetables, fruits like lime, mango and papaya, and ginger, cinnamon, nutmeg and cinnamon are used for flavouring. Foods you must try include Coucou and Flying Fish, Conch Fritters, Stewed Salt Fish with Dumplings and Creole Bread.

A lot of food that we consume on a daily basis comes from the Arab cuisine. Think of foods like shish kebabs, hummus and falafel, and also couscous and baklava. Did you know that all of these are a part for the Arab cuisine? Salad is often served as a side dish with this food. Spices such as cinnamon, saffron and cumin are an integral part of this cuisine. Dates, garlic, rice and yogurt are also heavily used.

The classic English breakfast is a much sought after meal all across the globe. Over the years, it has become a signature way to start the day for many. It includes some standard foods like scrambled eggs, sausages, hash browns, white beans and bacon, often also tomatoes on the side. Foods like fish and chips, stews and pies are often association with English cuisine. In fact, a lot of desserts that are considered to be French also have English origins. The apple pie is a classic example of such a dessert.

Mushrooms, root vegetables, fish and game form the basics of any good and authentic Russian meal. In fact, a lot of Russian dishes are famous all across the globe. These include foods like the Borsch soup, which is made of beets and tomatoes. Other staple foods in this cuisine include boiled or baked meat. Russian meals are often served with vodka.

Portuguese cuisine also uses a lot of vegetables, such as tomatoes, bell peppers, onions and cuisines. As a result, this food is vibrant and colourful to look at, and is also packed with vital vitamins and minerals. Additionally, it includes starchy dishes, such as feijoada, which is basically a rich black bean stew made with beef and pork, and açorda, which is a Portuguese bread soup. You will also find the Portuguese using a lot of potato and rice in their food items.

Filipino cuisine comprises of the cuisines of more than a hundred different ethnic and linguistic groups. It is thus quite varied and multi-faceted. Their food ranges from something as simple as fried salted fish and rice to complex dishes like paellas and cozidos. Another traditional feature of their cuisine is ‘counterpoint’; which is basically combing something sweet with something salty to create surprisingly pleasing combinations. In fact, a lot of this food is representative of the East meets West culture.

Of course, there are so many more cuisines out there for one to try and explore; and it is no doubt that each of this cuisine is unique and powerful in its own way.

What is more interesting is the fact that all of these foods have so much vibrant history attached to them. This is precisely what adds another altogether complex layer to the food that we consume. Most cuisines are independent, while many borrow heavily from others, while many continue to influence and inspire others! And that is where the real beauty of food lies.

How many of these cuisines have you tried out yet? And how many are on your wish list? Let us know in the comment section below! 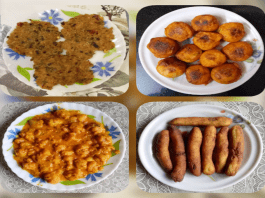 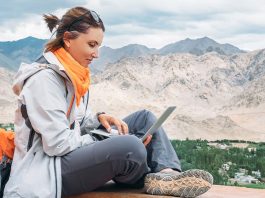 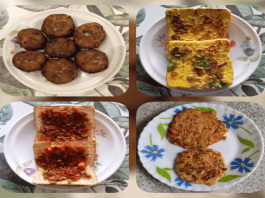 Yummy bread dishes to cook and indulge yourself