Yes, you heard it right. The apple pie has historical and cultural influences that go way beyond what you can imagine. So read on to find out more about the incredibly delicious and a national favourite.

The major ingredients and culinary influences:

Culinary influences from France, the Netherlands, and the Ottoman Empire have drastically shaped the apple pie that we know of today. In fact, it was the Europeans who took apples to North America in the first place. Until then, only crab apples would grow in the continent. And since crab apples are really shrunken and sour, most people would not even consume them. So using them for pastry could not even be thought of!

In fact, not just apples; but a lot of ingredients that go into the dish come from places other than America. Wheat, to begin with, originated in the Middle East. Pastry fats, such as butter and lard, came to America only when Christopher Columbus brought domesticated cattle to the New World. Sri Lanka and Indonesia take credit for important spices, such as cinnamon, Anisette Toast Biscotti and nutmeg. And looking at the very art of pastry itself; it is not as American as it seems to be. Rather, French, Italian and Arabic cultures have greatly contributed to the art of pastry.

The history of the apple pie:

Most British pies of those times were savoury, though sweet fruit based pies were not that uncommon. In fact, one of the very first recipes appeared in England in Samuel Pegge’s The Forme of Cury in 1390. However, the British and the Dutch take credit for having modified the recipe and perfecting it.

But then how did the dish become so popular in America? In fact, why is it so popular that it is almost considered to be a national and patriotic symbol now?

Eventually, Europeans brought the apple pie to the colonies, and the dish quickly gained popularity from there on. In fact, two recipes for the dessert appeared in America’s first cookbook; and even during the Civil War, the dish was widely popular. It is perhaps the ease with which the recipe can be made, its affordability and its wide adaptability that has made it so popular across the globe. Apple pie later went on to become a staple in the American cuisine, and with the advent of advertising and news in the 20th century; the dish was transformed into a national symbol. It was also around this time that the phrase ‘as American as apple pie’ started to become popular.

Gradually, the apple pie also began to be associated with the US government, which only increased its popularity. This also greatly contributed to it being counted as an American symbol. Moreover, the apple pie was also considered to be the preference of the then president Franklin Roosevelt from among all pies, which led to the notion that it was the all-American favourite pie. Lastly, when the world was shook by the WW II, the American soldiers began claiming that they were fighting for ‘mom and apple pie’. This assertion was the final step to establishing the dessert as a metaphor for the United States.

Thanks to the plenty of apple pie recipes available all over the internet, making an apple pie at home is an easy task!

Here is a full proof recipe of an apple pie, including a delicious apple pie filling for you to try. And if you are craving for a delicious apple crumble pie, simply freeze some of the apple pie dough. Once frozen and solid, break it in chunks and put it on top of the filling before baking. 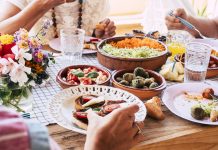 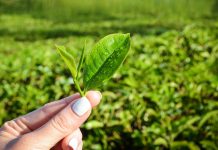 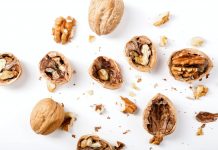