The soothing sensation of petrichor. The wind in the hair. The pleasing sound of raindrops. the ever-so-green surroundings. All that you need to add is a hot cup Of Tea(‘ Chai’) and a crispy plate of Pakoras with Pudina Chutney. Wait! Something is yet missing. – The soulful rain melodies of Bollywood, which accompany you best with the pleasant downpour.
Here are 30 iconic Bollywood melodies, for you to make perfect use of the weather. 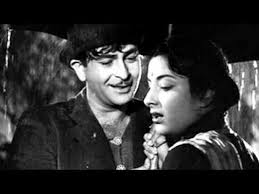 This is the legendary song, it’s effect on our lips because we can’t resist ourselves from humming it after hearing it. It features an iconic screen pair in the forn of “The Showman”- Raj Kapoor and the magnificent Nargis, from Shree 420. From the melodious tone of the song to the soothing view of their Polka dot, Charlie Chaplinesque era outfits. Singing to each other under one umbrella is a lovable sight, to watch. 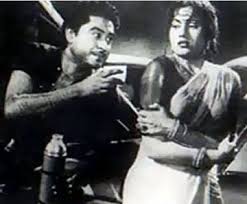 The song depicts a beautiful scenario when a car breaks down and it’s raining endlessly, a damsel in distress steps out(Madhubala). Kishore Kumar is trying to flirt with her in the song. The magical song is composed by SD Burman and lyrics by Majrooh Sultanpuri. 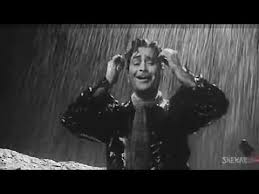 The evergreen song from the movie Chahlia starring Raj Kapoor and Nootan, sung by Mukesh Ji, is totally an iconic number and is always on our lips when hearing. 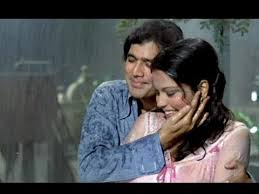 The sizzling Chemistry of Rajesh Khanna and Zeenat Aman’s getting drenched, on the terrace is a soothing sight. The litting music is by RD Burman and lyrics by Anand Bakshi. 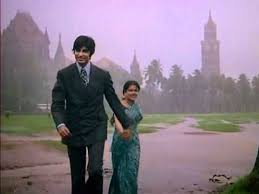 Composed by Pancham Da and lyrics by Yogesh , the song films Amit Ji and Bengali beauty Moushumi Chatterji walking down the water-logged streets of Bombay in the heavy downpour. This melody covers the wet lanes and corners of “Bombay”. 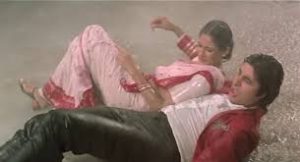 The iconic song from the movie Namak Halal, with the indelible scuffle of Saree between Amitabh Bachhan and Smita Patil, is emblematic to watch. 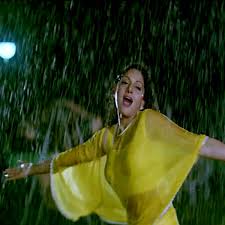 Sung by Suresh Wadkar and Anupama Deshpande this is a beautiful monsoon melody from the movie Chandni, starring Vinod Khanna and Sridevi. Sridevi is looking charmingly graceful soaked in yellow Saree on the other side Vinod Khanna is feeling nostalgic about his late wife. 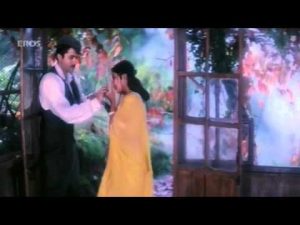 Released after the death of RD Burman, who scored the music this film, was set in the times of British Raj. Burman also won the Film-Fare Award for this movie sung by Kumar Sanu and Kavita Krishnamurthy, this is a rain melody starring Anil Kapoor and Nepali beauty Manisha Koirala. 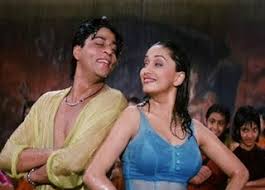 The song from the movie Dil To Pagal Hai brings our inner child alive as we playfully go Chak Dhoom Dhoom! 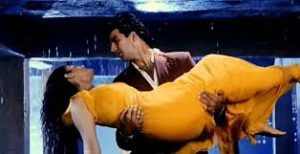 The sizzling track from the 90’s, still has its craze alive. Outstanding screen Raveena Tandon dressed in a scorching yellow saree with Akshay Kumar, all drenched, takes this song to another level. The amazing rhythmic beats and Viju Shah’s music coupled with Anand Bakshi’s lyrics and magical voices of Alka Yagnik and Udit Narayan makes it an addictive rainy song.

Sizzling hot Kajol is relishing the rain in this song by singing verses for her yet undiscovered Prince charming, in anticipation. 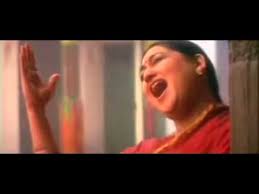 Though the energetic song isn’t from a film but is an indefatigable rain number from an album in Shubha Mudgal’s zingy voice. Can it just get any more energetic? No way!

Ghanan-Ghanan is a gem music number from the movie Lagaan. Lagaan was India’s entry to the Oscar’s in 2001 and was set in a village in western India, where the rainfall is unpredictable and scant. The entire village in the song is looking up hopefully at the dark grey clouds and expressing itself.
It is an epochal song which takes you in the memory lanes of a 90’s Kid, with the happy memories of rains and the excitements of rain attached to it, with the epic lines of “KALE MEGHA KALE MEGHA PAANI TO BARSAAO….” 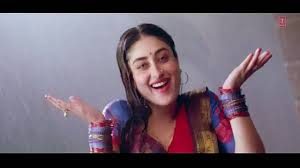 The soothing song in the mellifluent voice of Sunidhi Chauhan from the movie Chameli, it also occupies a place in this list. Kareena is looking beautiful the song as she gets soaked in the downpour. 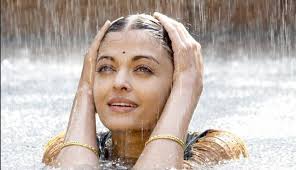 The alluring Aishwarya Rai swaying in the pleasant downpour with captivating dance steps enjoying the rain to its fullest is a wonderful sight to watch from the movie ‘Guru‘.

This is an ideal song if you wanna enjoy the rain with your beloved. The romantic track from the super romantic movie Jab We Met, starring Shahid and Kareena was a heartthrob catalyst, at that time and even now, we can’t our stop ourselves from imagining the face of our love on hearing it. That’s the magic of the song!

“Is Dard-E-Dil ki Sifarish….
Ab Kar De Koi Yahaan,
Ki Mil jaaye Isey Wo Baarish
Jo Bhiga De Puri Tarah…”
The song from the movie Yaariyan released in 2014, was one of the greatest romantic hit of that year, with the astounding lyrics depicting the love angle between the chocolaty boy Himansh Kohli and perky energetic RakulPreet Singh, in the lovely rains on the hills. 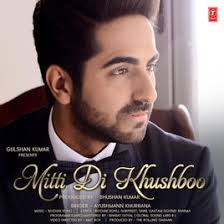 Released in 2014, composed by Rochak Kohli, Ayushman Khurrana’s rhythmic rain song features muslim Diva Huma Qureshi as his lost love from India. The story revolves around the nostalagic Ayushman as he feels the petrichor in a different nation and misses his motherland and his love interest there. The positive and negative effects of the rain in his life reminds him of his country’s soil and the smell of the soil during rains is depicted by the magical lyrics of the song. 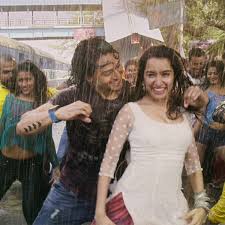 The lively track from the movie Baaghi , starring cute Shraddha Kapoor dancing in the rain on the railway platform location in beautiful Patiala suit. Graceful lady with her charismatic moves and naturally innocent looks, will just steal your heart away. You just can’t stop yourself from continuously humming the CHHAM CHHAM CHHAM! 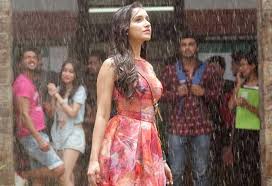 This is the latest blockbuster rain track from the list, starring gorgeous Shraddha Kapoor and handsome yet innocent Arjun Kapoor, this song just can’t stop those butterflies to fly in your Stomach. Madhav Jha (Arjun Kapoor) who has fallen in love with Riya Somani(Shraddha Kapoor), the most stunning girl of the college at the first sight , adores the lovely sight of his lady love getting soaked in the downpour.