Kerala is famous for being the land of coconuts and delicious food! In fact, food is the cornerstone of Kerala tourism as explorers from all over the world come in search of the state’s unique cuisine and delicacies.

The entire state of Kerala conspires of mainly the Malabar, Kochi and Travancore culture, way past colonisation. Due to the colonisation of the Portuguese, French and British, Kerala boasts of diversity in every one of its aspects. As such, Kerala is a rich blend of different cultures, local languages and most importantly, subtle fusions of delicious food. You can see this diversity reflected right from the architecture of colonial buildings to the style of foods, all the way down to the names of certain delicacies.

Here are 10 drool-worthy food items which must be in the bucket list of every traveler:

Talk to any Malayali and they’ll surely say that Biriyani is bae. A rice dish which is supposedly Arabic in its origin, Biriyani has made its place in the hearts of every Malayali.

The best Biriyani would definitely be from the Malabar side of Kerala, especially in the districts of Kozhikode and Kannur, famous for the Muslim population. And no one makes a Biriyani like Thalasseri Muslims!

Biriyani is predominantly a non – vegetarian dish, usually accompanied by Chicken, Mutton or Beef roast pieces, a simple salad and a dash of lemon juice. Perfect for a heavy lunch.

It is the staple of every celebration in Kerala, and recently many new restaurants have come up with different varieties of this wonderful preparation.

However, I personally love the Thalasseri dum biriyani! Prepared with love and topped with cashews, it never fails to stimulate my taste buds.

Now this one is totally local. Steamed rice cake accompanied by a curry or stir fry of chick peas, this is one perfect breakfast dish. It is the staple of any Malayali household, and often seen to be eaten along with a ripe banana. And of course, there are different varieties of puttu available, like the one made from rice flour, wheat flour, and other healthy grains. As it is steamed, it is said to be one of the healthiest breakfast options around the world.

Since we are Malayalis, we can never leave coconut alone, which is why often puttu will be made with a dash of coconut shavings inside, and let me tell you it tastes heavenly!

Again, a local dish, this one is directly from the Christian kitchen in Kerala. Famous for the peppery fire, the Stew is a curry made of potatoes, chicken, mutton or any other meat product. As always, coconut is also used to make the curry as the coconut milk is what gives it the rich white colour and texture. The appam is like a pancake made of rice and urad dal mix and soft as a cloud when made perfectly. Though there are different varieties of appam available, the all-time favourite of every Malayali would be the paalappam, the one made with a dash of milk in it.

From being crispy and wafer thin, to soft and fluffy, dosa has decorated a Malayali’s dining table since forever. Made with a mixture of rice and urad dal, this is one dish that’s always been, and will continue to be, South India’s prized food item.

Often accompanied by sambhar, which is a vegetable curry, and different chutneys, it is another staple breakfast dish.

The dosa batter is spread onto a hot pan and it is made into concentric circles. Often restaurants compete to present the biggest and crispest dosa they can make. In fact, there is a restaurant at Kochi named “Pai Dosa” which serves around 36 varieties of dosa to the customers. I’ll admit it is a haven for dosa lovers, including myself!

The sadya is Kerala’s priced food item and justly so. It is one of the most extravagant meals one can have in life. Served as lunch, it includes over 10 dishes all served on a plantain leaf. The main component is the rice, served with hot sambhar, and a number of side dishes including hot, sweet and sour ones.

It is also a meal traditionally served during Onam, the festival that every Malayali celebrates irrespective of religion, caste or creed in Kerala! It is literally everything a person could want in a plate! People from all over the world travel to Kerala to taste this one dish. My personal favourite part of sadya would be the pappadam, which is a crispy, fried side to sadya.

The name of this dish literally translates as banana fry, and this snack item is my addiction! Made from ripe bananas dipped in batter and fried to crisp, it is the prefect tea time snack all over Kerala. In fact, the latest trend in food culture of Kerala is the combination of Pazhampori and Beef.

The crispy banana fries dipped in spicy beef curry and eaten with the crunchy onions is everyone’s dream food right now. Though I haven’t tried it yet, this dish has become such an instant success that I am drooling right now thinking about it. That’s surely the next item I’m going to try on my food-hunt!

This is one food item that every foreign tourist would want to try the first time they visit Kerala. The backwaters of Alappuzha, a mesmerizing houseboat ride and this dish in front you make for a combination that cannot be rivalled.

It is a fish fry, but prepared through a specific process by adding special spices and fried directly over heat while being covered with a plantain leaf that renders it a smoky flavour that usually you cannot hope to achieve! No wonder everyone is awestruck with their first bite of this dish!

Also called noolputtu, this one is also a steamed rice flour dish, another healthy breakfast option. It is called noolputtu because of the appearance of tiny strands in the dish (similar to thread or ‘nool’ in Malayalam). Usually had with a combination of stews, or egg curry it tastes and feels good in the tummy! You could say it is the Kerala version of noodles!

Kappa is the local product of Kerala, called Tapioca in English. The crop is usually harvested and consumed by the common folk of Kerala since long back in times of colonial rule. It steadily rose to become the most loved food item of Kerala and is also the symbol of working-class people, namely the farmers. Boiled in water with a dash of salt and turmeric and accompanied by spicy meen (fish) curry, it is the hunger saviour of many a farmer and still continues to be an irreplaceable part of Kerala history.

Kerala’s own dessert, this beats ice cream any day of the week. Payasam is a sort of sweet fluid dish that is served after any celebratory lunch in Kerala, especially during festivals. It is also one of the most common mode of “prasaadam” ie., the devotional offering made to God in temples. This dish can be made with different ingredients and can be considered the equivalent of Kheer in North India.

The most common kind of payasam is made with semolina, milk, sugar and yes, you guessed it, coconut milk! A pinch of dried fruits fried in ghee for garnish and voila! There you have the prefect payasam!

Kerala can never be encompassed of only these ten food items but each and every one of it is a part of Kerala’s culture, tradition and diversity in some way. Of course, the part of any of these dishes is the love that’s served along side of it! This love and unity in diversity is what made Kerala bounce back from the floods of 2018 and they’ll continue to adapt and overcome challenges with the same unity! 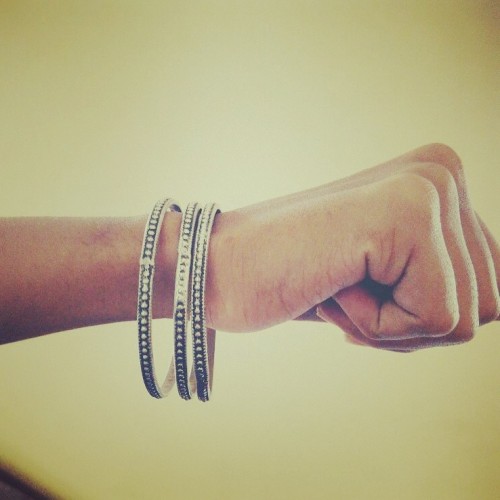