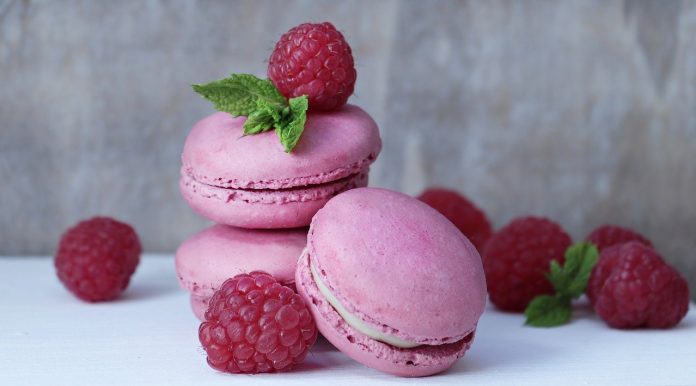 Thanks to the French and their extreme pastry-making skills, the world is blessed with an assortment of desserts to choose from. From the buttery and flaky croissant to the delightful macaron, the French managed to perfect all of their classic French pastries. Now the race across the globe is to replicate these beautiful pastries and to serve them to locals in the country.

Read on to find about some of the finest French pastries that every dessert lover needs to try at least once in his or her life.

Perhaps the most famous of all French pastries, almost everyone today has had a good croissant. This is largely because the pastry has become so popular these days that you are sure to find one in breakfast buffets and high teas across the globe. A croissant is a buttery flaky viennoiserie made with layers of dough and fat, which are folded multiple times over to create the classic internal web. Though cheaper versions of this delicate pastry are made using margarine, the original butter croissant tastes so much better and richer, of course.

An éclair is made up of choux pastry and is then filled with sweet flavored cream. Traditional éclairs were dipped in shiny chocolate, and this is why the French named them the ‘éclair’. The word translates to lightning in the English language. The most famous of all is the chocolate éclair, which is filled with creamy chocolate pastry cream or chocolate diplomat. You will, however, find a lot of versions of different flavors of the éclair. These include traditional flavors such as lemon, strawberry, caramel and vanilla, and newer flavors like raspberry, coffee, mixed berry, hazelnut, etc.

Macarons are a fine French delicacy, and only talented and professional pastry chefs can replicate a good classic French macaron. Made up of meringue, almond powder, and icing sugar, a good macaron is a wonder to bite into, crisp from the outside and chewy from the inside. These two almond cookies are sandwiched together with a jam or a ganache, and there are more flavors of macarons than you can ever imagine. These include chocolate, vanilla, coffee, caramel, orange, rose, pistachio, hazelnut, salted caramel, etc. among others. Ladurée and Pierre Hermé are the best places in Paris to enjoy an authentic macaron.

Financiers originated in France in the seventeenth century, but not a lot of people liked them at that time. This is because a financier is essentially almond flavoured, and people of those times associated the taste of almond with cyanide. Hence, the soft almond flavoured cake was not well received. Over time, however, a baker who worked in Paris in the 19th century had the idea of baking these financiers in the shape of a gold bar. This was an excellent idea, and there has been no looking back ever since. The pastry is now a huge success all around the world. Flavours like pistachio and raspberry pair extremely well with financiers, so do try one if you get the chance.

Crepes come from Brittany, a region in the west of France. Traditionally, crepes in France are made in two different ways. One is a saltier version, made with dark flour; while the other is sweeter, and is made up with white flour. Pancakes, which are thicker and fluffier versions of crepes, are now popular across the globe and are a common breakfast item. Enjoy crepes with some maple syrup and whipped cream, or go fancy with fresh fruits, chocolate, Nutella, etc.

Madeleines are little shell shaped pastries, which are a cross between a cookie and a tea cake. They are rich butter based cakes, which are often flavoured with either lemon or orange zest. The French love to have their madeleines with tea, hot chocolate or coffee; and they are a common sight at high teas.

A French brioche is a really rich and buttery bread. Marie Antoinette frequently served brioche at her high tea gatherings. While the French now eat the bread as a snack, it can also be used as a breakfast bread, eaten with strawberry or raspberry jam.

The famous pastry chef Dominique Ansel has popularized this buttery gorgeous pastry all across the globe. Pronounced as qween-ah-mahn,the pastry is basically a much denser version of the croissant. It uses the same methods of the folding of butter and dough as a regular croissant, but it takes it a step ahead, since it is dusted with some extra sugar as well.

The word literally translates to a ‘thousand layers’. This classic French pastry uses puff pastry as its base, which is then layered with pastry cream. The same process is repeated thrice to form the dessert. The top of a mille-feuille is then dusted with some icing sugar or cocoa powder, with fresh fruits also often used for the garnish.

The classic French dessert was developed to honour a bicycle race between the two regions of Paris and Brest. Its creator, Louis Durand, created the dessert to replicate the wheel of a bicycle. A Paris Brest is a ring shaped choux pastry, which is traditionally filled with a praline flavoured cream, and is then topped off with some almond flakes.

Another timeless French classic, the St. Honore holds a lot of religious and historical significance, and combines a lot of classic French pastries. The base comprises of puff pastry, which is then topped with a ring of choux pastries. These profiteroles are dipped in caramel before being assembled on the side. The base is then filled with some crème chiboust, and whipped cream is used to create the design on the top. In fact, the tip which is used to do the piping on the top is referred to as the St. Honoré piping tip.

Which ones of these French pastries have you had till date? And which of these tempted you the most? Let us know in the comment section below. 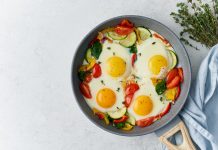