Must have Indian spices in every household

India is rightly known as the land of spices. Indian cuisine is full of a variety of spices that are used extensively to give amazing taste to the food that it is so famous for. Usually, a variety of these Indian spices are mixed together and powdered. After that, they are added to the food and are cooked over a low flame to release their aroma and flavour. This, of course, makes the food spicy and flavourful, and at the same time, it adds a lot of colour to the food as well.

Here are the top twenty spices that you will find in almost all Indian households. Read on to find where each of these is used, and how you can incorporate them into your daily cooking to make it more flavorful and delicious.

Ginger is used to flavour a lot of things, right from sea foods to vegetarian items. It has a hot and fragrant taste to it. You can either chop up some fresh ginger, or use readymade ginger paste. Dried ginger powder is also easily available in the market.

Garlic is known for its pungent and spicy flavour. This, however, mellows down when you cook it. And once you get used to eating food which is made with garlic, there is simply no going back at all! Garlic is basically used as a seasoning, and is the secret to making tasty food.

No Indian dish can ever be complete without turmeric. Known for its antibacterial and health properties, it is the most important spice to have in your kitchen. Turmeric is slightly bitter in taste. However, it is used extensively for the rich yellow color that it imparts to the gravy.  Turmeric milk is also a common part of the Indian cuisine.

More commonly known as hing, asafoetida is an important part of Indian cuisine. It helps to enhance the flavour of food. Additionally, it also has health benefits for those who are struggling with digestive issues. This spice helps to balance out other flavours in the dish, such as salty and spicy.

Another Indian household favourite, nutmeg is a small brown coloured seed. It has a sweet and savoury taste to it, which goes well with Indian curries. Nutmeg is widely used in pickles and chutneys, as well as in meat preparations. In fact, it is also used in a lot of desserts as well, such as gajar ka halwa. Carrot cakes and banana cakes also make extensive use of nutmeg powder.

Also known as ajwain, carom seeds are a herb used to spice up food preparations. They are small and pale brown in colour, with a very slight pungent and bitter taste. The smell of carom seeds is somewhat similar to that of thyme. Carom seeds are also excellent to cure stomach indigestion and other digestive issues, so make use of it generously.

Curry leaves are a fresh herb that is used extensively in cooking, especially in the South. They are characterized by their fresh and unique aroma, which adds new heights to foods. They are commonly shallow fried in the oil which is being used to cook the dish, after which the rest of the spices are added. You will find them used in curd rice, sambar, poha, upma, etc.

These small seeds are tart, and are used to thicken the gravy of the dish. They are widely used in curries. You will find them in different colours, such as brown, yellow and black. All of them have different tastes, and therefore are used differently.

Also known as amchur powder, this is made from green mangoes which have been dried up. Naturally, the spice has an amazing fruity, sour and pungent taste to it. it varies in colour from beige to brown, which then imparts a bright colour to the dish. This spice is mainly used when you want a citrusy taste, and is used especially in meat preparations.

You will find both black and white poppy seeds in the Indian market. They can be used in a variety of forms, such as dry, baked, or when made into a paste. They help to thicken the gravy, and also add texture and flavour to it. Poppy seeds is also widely used in baking. Lemon and poppy cake, for instance, is a classic combination.

These amber or yellow coloured seeds add a unique dimension to all recipes in which they are used. They are used in their powdered form. The spice is often added to pickles, curries as well as meat preparations.

Coriander is used extensively in Indian cooking, both in its fresh and powdered form. It has a really refreshing flavour to it, something like lime. Fresh coriander is also used to garnish food, such as curries and curd. It is also used in a lot of salads and chutneys.

Cumin can be used either as it is, or after roasting and powdering it. And though cumin forms an integral part of cuisines around the world, it is an indispensable part of our Indian cooking. It also lends a brown earthy flavour and color to food. It is also often added to curd to make raita, or is used to flavour buttermilk.

Black pepper forms one of the most basic seasonings that Indian cuisines use. It comes from small black peppercorns, which are dried and then ground before being used. Black pepper is really spicy, and makes food a bit tart. Therefore, it is used in small amounts only.

Bay leaf is always used after it has dried. It forms an integral part of the garam masala, which is a mix of spices used in cooking. However, the leaf is quite bitter in taste, and is therefore not eaten. Nevertheless, it is used for its pleasing fragrance, which it imparts to the entire dish.

Red chilli is a really hot spice, so make sure you use it only in moderation. A lot of people even use whole red chillis for flavoring their curries and other foods. Other than a hot flavor, it also gives a deep red colour to the dish. So now you know the secret behind the spiciness of the Indian cuisine.

A clove is basically a dried flower bud. It is known for its particular aroma and taste, though the aroma is what it is mostly used for. You will find clove used in a lot of Indian dishes like curries, meats and marinades. In fact, it is also used to add flavour to hot beverages and some fruits.

Cinnamon is obtained from the bark of a tree. It is used extensively in both sweet and savoury Indian dishes. You can use this spice as a whole, or use its powder to add flavour to your food. Cinnamon has a really pungent taste to it, but when added to food, it adds a hot and aromatic taste. Cinnamon is also used to make desserts, and tastes well with apples and bananas. Some people even add it to their tea to make a spiced tea.

Cardamom is one of the most expensive spices. Nevertheless, it adds a rich aroma and taste to your food. From starters to main course to desserts, you will find cardamom being used a lot. Cardamom seeds are also used to make spiced tea, and to flavour sugar syrups for a variety of Indian desserts.

Fennel is a brown or green coloured aromatic spice, used in a variety of dishes. In fact, fennel seeds are not just restricted to the savoury kitchen. They are used in a lot of sweet dishes and desserts as well. Sugar syrups for a number of desserts are often flavoured with some fennel seeds. Roasted fennel seeds also double up as a mouth freshener post meals.

How to use spices correctly?

Now that you know all about spices that are used in cooking, it is also important to know the correct way to use them. Correctly cooking and using these spices can take your food to an altogether different level.

As much as possible, use fresh spices and herbs. They have much stronger flavour than the ones have been processed and packed in industries. You can also make your own powdered spices by sun drying fresh ones, and then powdering them. Store them in air tight containers in a cool and dry place, and these will last you for easily six months.

The best way to bring out the aroma and flavour of your spices is to be patient. Cooking these over high flame never does the job. Make sure that you are patient and that you cook these spices over a low flame. While preparing a gravy, add a little bit of clarified butter or butter or refined oil, depending on your choice. Once the oil is hot enough, lower the flame and then add the spices one by one. Usually, spices that need to be cooked more are added first. The general order followed is garlic, ginger, onions and other vegetables, which is followed by other spices. If you are using whole spices, then add them before you add in the garlic. Once they become aromatic and release flavour, add in the remaining spices in the remaining order.

It is also a good idea to make your own spice mix at home. This comes in really handy when you are cooking in a rush, yet never fails to impart wonderful flavors. Though you will find a lot of readymade spice mixes in the market, making your own is any day a better option. Simply dry roast the spices that you want to combine. After that, blitz them together in a mixer, and store the spice mix. Make sure that you don’t blitz them too much, or else they will start to release their oils.

Here are some easy tips and hacks for you when using these lovely Indian spices.

Though spices are really good for health, make sure that you consume them in moderation. An excess of everything is bad, and the same holds true here. 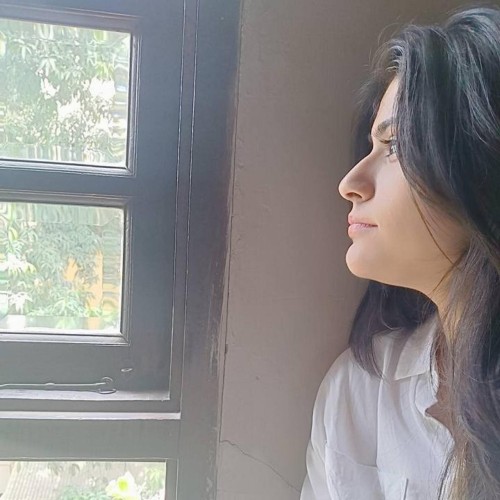