“Lights, camera and action” The entire movie strip is supported over the phrase. Be it the man behind the camera or facing the camera, each one is equally responsible for framing a storyline. Some make it to the point on the box office while the rest fail to do so. The exact is what happens with our Bollywood industry even.

Even while some storylines are on a weaker side of the section but it is not always the hare who wins the race. Apart from the fact that they do not produce a hit on the box office, they definitely leave a corner in our heart that make us rethink over the subject. Here are the list of top 10 such storylines which have left an imprint that makes us rethink.

An epic-drama set in the year 1957, directed by Mehboob Khan starring the ravishing Nargis, Sunil Dutt, Rajendra Kumar and Raaj Kumar. Estimated to have earned 40 crores on the box office, it still ranks amongst one of the top Indian hits of all times. The poster itself gives one a brief idea that the storyline is woman centred. One can never forget as to how a poor, village Indian mother in absence of her husband, despite of all basic amenities, raises her children in the midst of surviving from a vulture-minded moneylender. The screen grabs our attention leaving us dumbfounded, when the mother of the village (Nargis) is honoured to inaugurate the canal and red water flows through the fields. “What is written in our fate can’t be changed” The verse from a still of the movie decided it’s fate, and it was awarded the Filmfare Best Film Award for 1957 along with Best featured film at an All India Category. 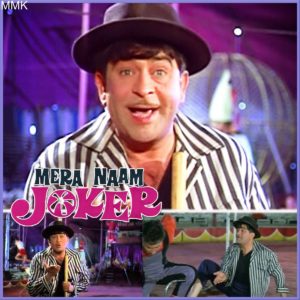 “The show must go on” according to a still in the movie and it actually went on. Filmed in the year 1970, the Bollywood drama stars Raj Kapoor. It took six long years to frame the movie and once it was released it was highly criticised by the audience and ended up in a disaster with the loss of capital. The film suffered critics due to its never ending 170 minutes upon release. The story revolves around Raj Kapoor who worked as a clown and made people laugh despite of his heartbreaks. But it was not too late that the film had its heart set all in place in 1980 when the box office recognised the storyline to be a meaningful and heart touching one, on the release of its abridged version. The “Jeena yahan marna yahan” throbbed the hearts of millions and Raj Kapoor flaunted away with the Filmfare Best Director Award for the year. 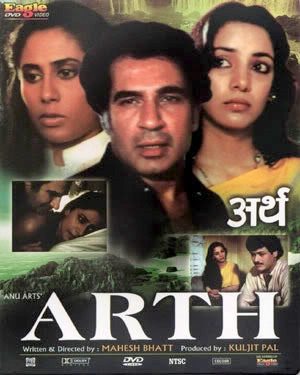 A woman centred film released in the year 1982, directed by Mahesh Bhatt, revolves around Shabana Azmi in the lead, followed by Kulbhushan Kharbanda, Smita Patil, Raj Kiran and Rohini Hattangadi. Betrayed by her husband Kulbhushan, who proved to be double faced, Shabana moves on with her fate and finds a new direction to her life. The storyline left the audience open mouthed when finally Shabana repays back by refusing to marry her double edged husband. This brave avatar was appreciated by the critics and one can see the brave lady walk away with the Filmfare Best Actress Award and National Film Award for Best Actress. 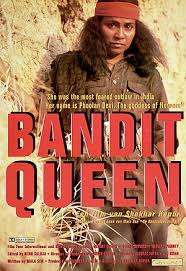 Directed by Shekhar Kapur, the film sketches the hardships of the real figure Phoolan Devi as a woman. The reel role is played by Seema Biswas who did a justice to the storyline. The film portrays the hurdles face by Phoolan Devi as a child till the date when she surrendered herself. It brings out the myths and taboos still followed by the Indian population. Framing a strong storyline it tries to portray the sly wolves who tries to exploit the female population of the society. Apart from the monotonous mass depressive events captured, we even get to look at the bandit turned, bold avatar of Phoolan Devi who cared none. It wasn’t a shock when the movie was awarded for its marvellous features, for the year 1995. 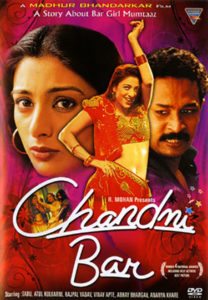 Madhur Bhandarkar made an epic launch with the movie portraying the hardships of womanhood, the unrevealed black truths of Mumbai underworld and crime. The lead is taken by Tabu who moves to Mumbai after the death of her parents. The fateful events does not stops when her double edged uncle forcefully engages her as a dancer in a bar. The movie is solely based on revenge when Tabu’s son finally fulfils the revenge of all the fateful incidents. The audience is left with a sigh when despite of Tabu’s efforts, keeping her daughter away from the similar hardships, she is forced into it for the welfare of her family. It was not shocking at all when Tabu flaunted her awards for best actress at Zee Cine Awards and IIFA awards in 2002. The film won four national awards. 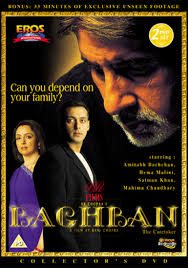 The evergreen favourite of our parents, directed by Ravi Chopra starring Amitabh Bachhan , Hema Malini and Salman Khan in lead roles. The storyline framed an altogether new concept where the couple is left disheartened by their own children. In the due course of time they are consoled by their close friend Paresh Rawal and his wife where repeated consolations create a monotonicity. But the movie takes up a new turn when the camera turns over Salman Khan, who was transformed into a well settled person from a poor cobbler by the efforts of Amitabh Bachhan and is grateful for the same. We all have a jaw drop when Big B finally appreciates his grandchildren and Salman Khan for his work. The film was nominated at the Filmfare and IIFA awards but failed to win any award. 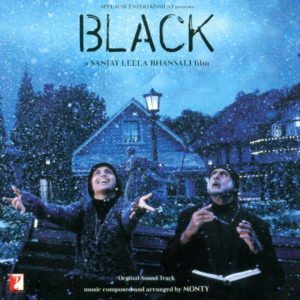 An Indian drama directed by Sanjay Leela Bansali starring Amitabh Bachhan and Rani Mukherji in the lead. The heart touching movie revolves around the life of a blind and deaf girl who is lightened by her stubborn and motivational teacher. The storyline captures the transformation of a dumb, shy, disabled girl into an expressive and jolly folk. She expresses her love and gratitude towards her teacher when she refuses to put on her black graduation robe. The movie leaves stressed out audiences when finally we know that Mr.Bachhan suffers from Alzheimer’s disease and it was his turn to speak and understand. The film was filmed at the 2005 Cannes Film Festival while the lead roles received the Filmfare Awards for the best actor.

Disabled folks ruled the year, when Bollywood came back with Iqbal starring Naseeruddin Shah and Shreyas Talpade on the lead.

Based on a cricket drama situations intensifies when a deaf and dumb boy Iqbal dreams cricket as his ideal career. As a usual Hindi drama, he is faced by challenges from his father and colleagues. Amongst all the thorns his life is filled with zest and zephyr by the presence of his sister and guide who supports him whole heartedly. The film also portrays common cricket challenges such as match fixing and bribing. Iqbal was awarded with National Film Award.

The Bollywood drama directed by Amir Khan revolves around an 8 year old dyslexic child Darsheel Safari who is bestowed with the art of imagination. But leaves his father highly disgraced with poor academic performance. Life takes a new turn when his new art teacher Amir Khan steps in. He recognises the potential of the kid and supports him when finally the movie ends with Darsheel excelling an art competition and is accepted whole heartedly by his parents. The kid banged the box office with the Filmfare Best Film Award for 2008. 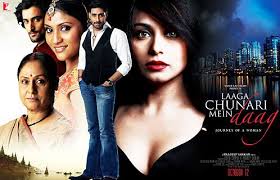 Directed by Pradeep Sarkar, it is a woman centred Bollywood drama, and features Rani Mukherji in the lead role. The movie revolves around how a small village girl has her dreams shattered and bears it all keeping mum. The film portrays the hard fact how girls are been pushed into prostitution. The truth does not remain curtained for long when finally Konkana Sen encounters Rani Mukherji at a hotel. The film has a cherished ending when all falls into place, and both the sisters are married off happily. Mrs.Mukherji was nominated at the Filmfare and Stardust awards.