The Movie Jagga Jasoos seems to be creating enough buzz in the cinema critics. The movie is a Bollywood comedy-drama film starring Ranbir Kapoor, and Katrina Kaif. The movie narrates the story of a teenager, who  become a detective to fetch his missing father. The movie has suffered much after an alleged fallout between Katrina Kaif and Ranbir Kapoor. These Bollywood heartthrobs had maintained a hide-from-the-world relationship. Late in 2014, these two stars eventually begun live-in together under one roof. Moreover, Katrina Kaif had been taking care of Ranbir Kapoor after he underwent a major surgery. However, happiness between these two most talked-about couple had a short life. 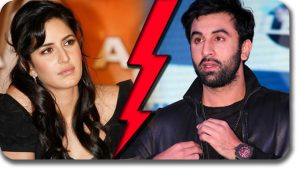 The movie Jaggga Jasoos is directed by Anurag Basu and co-produced by Basu and Ranbir Kapoor. The shooting of the film officially began in year 2014. Meanwhile, all was not well between Ranbir Kapoor and Katrina Kaif, which affected the making of the movie Jagga Jasoos. Anurag Basu was not pleased by the initial efforts of Ranbir Kapoor and decided to re-shoot some of the scenes again. The film was shot during the gaps in the shooting of Bombay Velvet staring Ranbir Kapoor. As a result, the releasing date has been pushed from November 2015 to August 2016. 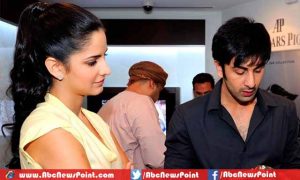 The film had been getting delayed for some or the other reasons ever since it went on floors. If sources are to be trusted, it has only been two days since the news of the couple alleged break-up and consequences have started to fall on the film “Jagga Jasoos”. The actors have refused blatantly to fly overseas for shooting.  What is the bottom line? The makers are willing to do anything to finish the film. Eventually, the bazaar of Morocco was recreated in Mumbai’s Chandivali Studios. According to a sources, Anurag Basu in a drunken state blamed Salman Khan for all of it.  He went on saying that “The recent meeting of Katrina Kaif with Salman Khan is the reason of the latest stoppage.” 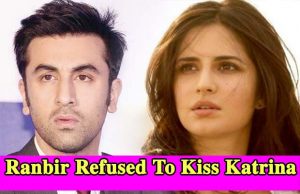 The gossip is, that in the songs of Jagga Jasoos there are few kissing scenes per the script. But Ranbir Kapoor has strongly refused to kiss his ex-lover. The Barfi actor is not comfortable doing intimate scenes with his ex-lady love and apparently demanded for changes in the particular scenes OOPS!

The ex-lovers Ranbir Kapoor and Katrina Kaif after their alleged break-up are shooting for the film Jagga Jasoos. The movie has suffered a great deal of loss in time and scenes in the film, as the stars have put forward their conditions. While the ex-lovers have stopped seeing eye-to-eye, the maker himself and other associates with the project started spending sleepless nights. They wondered if the film would see the light of the day. However, Ranbir Kapoor and Katrina Kaif proving them selves to be strictly professional are working hard with all odds to complete the film Jagga Jasoos. They have tried their best that their personal equation may not affect their professional allegiance. The sun seems to be shining on the film, as the actors have decided to finish with the Morocco schedule. All of these factors turn the movie to be sensational among the audience. The fans of the ex-lovers are surely awaiting to watch them romancing once again onscreen. Hence, the film surely calls for a big hit on theaters in August 2016 and a payoff time for the makers.