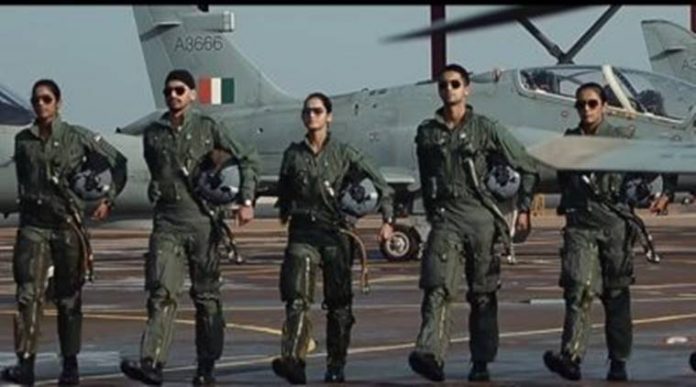 Every child dreams of securing a position in the Indian Air Force. It is a matter of pride and respect for each individual who gets selected in the Indian Air Force. Indian Air Force is one of the main air arms in the country and its foremost role is to shield the country against external attack in the air. Fighter planes and aircraft are the major components of the Air Force as their mission is to protect the sky. Hence, the entire duties of the Airforce are regarded with the flying of the aircraft and the pilot is the leading air force officer.

It is a very diverse and inspiring profession. Apart from flying one has to handle hundreds of personnel on base camp, express high-level approaches and tactics. During calamities and emergencies, they step further and carry food and essential supplies. If all the above-mentioned commitments, gives you an adrenaline rush then a career as an Air Force Officer is the right option for you.

It is the world’s fourth-largest air force. It has a base in Tajikistan and retains a world record for saving the most number of non-combatants during a natural calamity. These are only a few of the many accomplishments which tell us about the prowess and ability of this wing of the Indian Armed Forces – we are, of course, speaking about the Indian Air Force (IAF).

The IAF has engaged in several significant combats and landmark missions. With responsibilities and circumstances that test one’s bravery, valor, courage, and never-say-die spirit every day, a job in the Indian Air Force is considered extremely prestigious and fulfilling.

HOW TO BE A PART OF THE INDIAN AIR FORCE?

To get selected for these posts, the candidates should have passed 10th class or having a diploma in the concerned field to get selected. In some posts, eligibility is limited to 10th class only while in some others, ITI is required. More preference is given to applicants who have passed class 12th.

The aspirants can enter the IAF after passing class 12th also. All men, who have passed the exam of class 12th, may enter National Defence Academy (NDA) by clearing the penned exam and SSB interview. The candidates join the IAF after their training. UPSC conducts the exam for NDA biyearly.

Graduates can also join any branch of the IAF avoiding the Combined Defence Services (CDS) exam which is administered by the UPSC biyearly. The applicants can also appear in the Air Force Common Admission Test (AFCAT) to join the IAF. Post the selection process, the candidates get training at one of the IAF training institutes, and then they are approved and posted as Officers.

After finishing the post-graduation, the candidates can join the technical or ground duty branches. It is easy to enter the IAF if the applicants qualify in Aeronautical Engineering or Electronics.

The entry in the Meteorological Branch is conceivable only after post-graduation in any stream which includes:

A minimum of 50% scores in entirety in all the papers put together (Provided that Maths and Physics are the subjects at Graduation Level, with a minimum of 55% marks in both) is required.

Indian Air Force (IAF) has welcomed online applications for the job of Airmen in Group ‘X’ Trades as well as Group ‘Y’ Trades. Selections in the IAF Group X and Y Trades are arranged by the Central Airman Selection Board (CASB) which selects Airmen through All India Selection Tests (AIST) and Recruitment Assemblies. For AIST, announcements are placed in the Employment Times and applicants need to give their applications to the CASB.

The suitable candidates will get admit cards for the AIST. Dates for the Recruitment Assemblies are issued in publications. Applicants are expected to appear at the rally venue with the necessary documents. The eligibility differs as per the Group of trade. Group ‘X’ Airmen for Technical Trades require a 10+2 with PCM or a Diploma in Engineering from an identified institute. For Group ‘X’ Education Instructor Trade, applicants need a Graduation and a B. Ed. / Two years training experience. For Group ‘Y’ Trades (police, defense, etc.), applicants require a 10+2 or equivalent in Science, Arts, or Commerce

The applicant must be bodily and psychologically fit to perform duties in any part of the world, environment, and ground. Weight should be proportionate to height and age with a minimum chest expansion range of five centimeters. Candidates should have healthy hearing i.e. able to hear constrained murmur from a range of six meters by each ear distinctly. Applicants ought to have strong gums, a healthy set of teeth, and a minimum of fourteen dental points. Candidates should be of normal morphology without loss of any appendages. He should be free from all transmittable diseases & skin infirmities. Candidate must be physically and mentally fit to perform duty in any part of the world, in any weather and region.

Permanent body tattoos are not allowed, however tattoos only on the inner face of the forearms (inside of elbow to the wrist), back part of the hand/reverse side of the palm, and Tribals with tattoos which are as per traditional Cultures of their tribes may be admitted. Nevertheless, the right to determine the acceptability /unacceptability of the candidate rests with the Selection Centre. Applicants with permanent body tattoos are to present two photos (close up and distinct view) with details of the size and nature of the Tattoo.

BRANCHES OF THE INDIAN AIR FORCE

The IAF has the following branches. These are:

Flying Branch: Flying Branch includes Pilots. Both men and women can become pilots. The people in this branch fly the aircraft during operations and actions. The different kinds of pilots are Fighter Pilot, Helicopter Pilot, and Transport Pilot.

The Indian Air Force provides a job with extensive pay and perks. The Air Force Officers get the deserved promotions in their profession as they go forward with their duties. The work is difficult, and with the promotion, the difficulty becomes bigger.

The Indian Air Force gives excellent pay along with a job filled with possibilities. Apart from loyalty, nationalism, and honor; the IAF takes care of its employees with excellent salaries and other perks. The work offers difficulties, but it also offers due payments. The IAF Officers start to earn even before their Commission from the IAF. During the final year of their training, they will start earning a pay of Rs. 21,000 per month.

An Indian Airforce officer qualifies to get Flying and Technical Allowance based on his branch. Initially, the recruited candidates are qualified for a monthly stipend of ₹ 56,100. Candidates further receive additional allowances for transport and their children’s education.

PROMOTIONS BASED ON SENIORITY AND MERIT

Promotions higher than the rank of Wing Commander are based on seniority and merit. An Officer of the Flying Branch will become suitable for consideration to the rank of Group Captain after finishing 16 years of duty.

Ground Duty Officers, who are non-flyers, will be considered for Group Captain Rank post 18 years of duty. He will face Promotion Board No. 1, controlled by the Air Officer in Charge Personnel (AOP).

Further promotions to the rank of Air Commodore and Air Vice Marshal come under the No. 2 Promotion Board of which the Vice Chief is the directing officer.

Serving in the Indian Air Force (IAF) is about being amid supersonic jets, state-of-the-art technology, and the most excellent of the people. Air Force gives the most advanced facilities and provides an unequaled way of life and builds an atmosphere, where the greatest in-person comes out.

The different job openings available with Indian Air Force comprise both technical and non-technical branches. Equipped in diversified areas and circumstances one is ready for all the hurdles that the fast-paced life in the Air Force has in store.