Marriage is considered to be one of the oldest Institutions of Hindus all over the world. It has an extremely Important status in their social life.

Marriage is considered to be a social institution.

This social institution helps in establishing relations with each other’s families. The children which are born out of this union are considered to be Legitimate. They get the legal right of succession according to the law.

Marriage helps in the further establishment of several kinds of rights and obligations on each other.

The very first time where this whole concept of Hindu Marriage was stated was in the holy scriptures of the Veda and Smriti. Since the old times, it is considered to be the “Holy union”.

According to the manusmriti, there is a division of the caste system amongst the Hindus. There are several castes. The major and prominent ones are as follows:

There are has been various types of marriage that have been observed over the past centuries. A few of them are still practiced nowadays, but if have become obsolete. The following are the types of Hindu marriage:

The Ceremonies of a Valid Hindu marriage

There are certain rituals and Customs which are to be followed and fulfilled by both parties of the marriage to make it a valid one.

Apart from all the rituals, the most important one is the “Saptapadi”. It means taking 7 steps together before and around the sacred fire. These steps are meant to be walked together by the bride and the bridegroom. The marriage is declared to be valid and complete once the seventh step is taken.

The bridegroom gives red sindur on the forehead of the bride at the end of all the rituals. In some cases, the groom gives the bride a necklace, called mangalsutra. It is recognized as a symbol of the union of the two and it is also considered to be a symbol of good luck. Both of them have great spiritual and auspicious values.

The whole marriage ceremony is done with the help of a Vedic priest.

Conditions of a Hindu Marriage

Under the Hindu Marriage Act 1955, there are a plethora of conditions that are necessary for making a Hindu Marriage valid. Those essential conditions have been stated in Section 5 and section 7 of the said act.

According to Section 5 of the Hindu Marriage Act 1955,  a Hindu Marriage will only be valid if both the parties are Hindus by religion. But if any one of them belongs to any other religion for example Christianity or Muslim then that particular marriage will not be a valid Hindu marriage.

The other conditions as stated in the Act which needs to be fulfilled for a Hindu Marriage to be valid are as follows:

The Five Essential Conditions for a valid Hindu marriage

The five essential conditions of a valid Hindu marriage are laid down in section 5 of the Hindu Marriage Act 1955 are stated and explained as follows:

Monogamy is explained in section 5 clause 1 of the said act. This provision prohibits all kinds of bigamy. The marriage which will be happening should be monogamous in all forms.

Under the said act a person can marry very early only if he or she is either and married or a widow or a widower or a divorcee. If during the marriage either party has a living spouse for the earlier marriage has not been set aside already then the later marriage will be declared as void. A bigamous is declared marriage is Null and void And whoever is performing it will be punished.

As stated in section 5 clause 3 of the said Act,  there is an age restriction for a Hindu Marriage to be declared valid.  at the time of the marriage, it is compulsory for the bridegroom to have completed the age of 21 years. Whereas, in the case of the bride it is necessary that she has completed the age of 18 years.

If this restriction is not followed then the marriage will be either void or voidable.

According to Section 5 clause 2 of the Hindu Marriage Act 1955 the parties to the marriage,  should not suffer from unsoundness of mind, insanity, or any kind of mental disorder.

If one of the parties who solemnize the marriage is suffering from any kind of mental disorder as described in the clause,  the marriage will be voidable at the option of the other party.

For Hindu marriage to be valid,  the parties to the marriage should not come within the degrees of the prohibited relationship under any circumstances.

Two persons are said to be within the degrees of prohibited relationship if the following situation arises:

The parties to the marriage should not be related to each other as Shapindas does under any circumstances. A marriage between two Shapindas is declared void.

7 Things to Ask Your Partner Before Marriage

Since the passage of time, there has been a lot of changes and development in this whole concept of marriage. Before as we have seen in the epic books Mahabharata and Ramayana, the concepts of child marriage and polyandry were observed.

But with time both of these concepts were obsoleted.

In India, the Acts of law that help in administering and govern marriage are the “Hindu Marriage Act, 1955” and “Hindu Special Marriage Act”. Both of these said acts help in giving, reserving, and protecting the rights and interests of the parties to the marriage and their respective families. 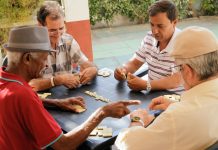 How to Prepare for and Enjoy Your Retirement