Marriage-this is a term we all are familiar with since our very childhood. This is one of the most crucial phases of a person’s life. One has to make so many adjustments in order to lead one’s life with a completely new person. That is the reason why almost 78% of people round the world are against marriage. According to them, what is the point of destroying a healthy relationship by bringing about the complications of marriage in it.

But to be honest opinions about marriage differ with the age of people. People can be categorized in to three groups as per their age:

Roughly 75% of the people belonging to the first group are in favour of marriage. They are of the opinion that it is very important for a couple to get married if they want to spend their lives together. While the remaining 25% say that it is not important to have marriage for staying together-one can simply have a live-in relationship with their partners. 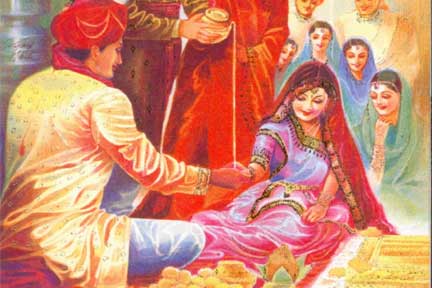 Almost all the people belonging to the third category support marriage. May be this is because they finally realise that it is essential to have someone who will stay with them till the very end.

Marriages are basically of two types:

Love marriage is basically the marriage between couples who have already been in a relationship with each other for a certain period of time before marriage. On the other hand, when two people who doesn’t even know each other get married, it is called arranged marriage.

Like everything, both love and arranged marriages both have their respective pros and cons.

Are marriages really made in heaven? The concept that marriages are made in heaven is absolutely fairytale-ish and there is no reason as such to rely on this saying. Had the proverb been true then all marriages would have lasted forever. But in actuality only a few manage to make it till the end.

But what is the reason; why do marriages these days work out so less? Well may be we all are aware of the reasons but just cannot rectify ourselves.

Well despite all the drawbacks of a marriage, I feel that it is necessary for a person to get married, because it finally helps us realise our responsibilities and gives us another person with whom we can share all our emotions. Inspite of all the countless fights we have had with our partners, at the end of the day we all do cherish the happiest moments they had given us; we do seek their company when we have got no one to count on at the very end of our lives.

We do say “I wish you were here with me right now” isn’t it?