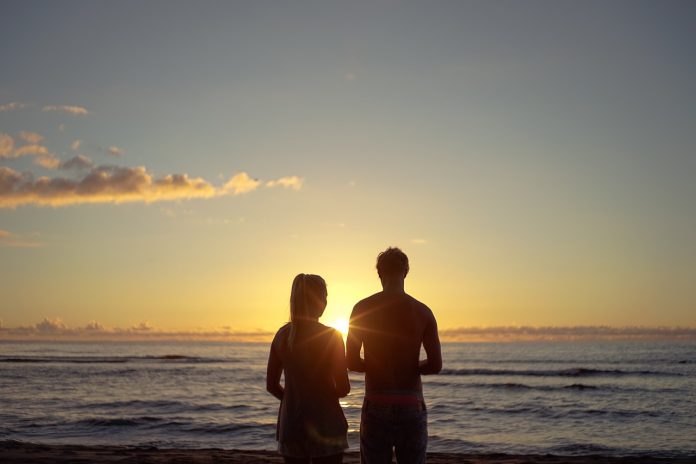 Once there was a man who was filthy rich. When it came to get married and settling down, he started looking for a bride and shortlisted three women. He gave them Rs 5 lakhs each and asked them to spend it in the way they like.

You know which woman did he choose? He chose the one who looked the most beautiful! (Men will be men!) The guy was filthy rich, so he could compromise on many aspects. But not all of us have that luxury. No one wants to marry the wrong person and yet so many people do.

A sound person would have rejected them all. The reason is simple. In order to have a happy and successful marriage, balance is required. You would need a partner whom you find attractive, who knows how to handle money, and who is good at heart. Having only one quality just won’t do the trick. If you already have someone in mind (read heart), then we have seven things which you should ask your partner before you pop up the big question!

“Where do you see yourself in 5 years?

The most clichéd HR round question is one of the best questions to get to know if you two have a future together or not. Just don’t sound like an HR and ask her normally about her future plans. Here, you would want to see if you two fit in together and if you two can take your lives forward in a similar direction after marriage.

Things won’t work if your plans are to move ahead in your career and devote most of your time there and she is a ‘take-it-easy’ kind of a woman who wants the two of you go backpacking every weekend. Make sure you two are on the similar page in the chapter of future.

HR cliché number two! But definitely one of the most important things to ask your ‘would-be’ partner. It’s important because she’ll be the person with whom you’ll be spending a lot of time. Every second after office and parties, you’ll be with her. So, it’s important that you enjoy her company.

If you take a book nerd to a bungee jumping date, neither of you will enjoy it. It’s better to know what interests her and see if you like it too. Just make sure that there are at least a few things which you both can enjoy when you’re together.

Although knowing religious views are also important, but here we are talking about tiny creatures that are often referred to as God – ‘Children’. It’s extremely important to know where you two stand when it comes to parenthood. If you’re fond of children and she prefers to rather adopt a dog, then you two would have problems in the long run.

Children are a lot of responsibility, and you would have to sacrifice your time, money and a little bit of a career in order to raise one. So, make sure you two want the same thing when it comes to children.

You most certainly don’t want any surprises here. The financial situation should be honestly brought on the table before you two tie a knot. Don’t say yes just seeing the IIM tag, make sure you’re aware of the education loan your partner took to get this tag. While you’re discussing it, try to know your partner’s plans to repay the loan. This will tell you how well planned your partner is and if at s/he is good at managing money. Killing two birds with one question!

Between a saver and an investor, choose the latter one. Ask your partner her opinions on the utilisation of extra income. If she says it should go into mutual funds and term insurance plans, then she’s the one! Mutual fund would mean she’s a planner and term insurance would mean she is a responsible person who knows how to take care of her family. Both the qualities are the sign of a great partner.

Know your partner’s preference on alcohol, smoking, and drugs. Let her know if you intake any, and how much. When you come home after a hard-long day, you wouldn’t want a partner whining about the glass of whiskey in your hand or vice versa. So, ask your partner beforehand if s/he gets high on life or something extra is needed. It won’t be a deal breaker for most, but there are some who can’t stand alcohol or smoking. So, asking never hurts.

7. The Mom You Never Had (And Might Not Want)

Ask questions about the upbringing of your partner. Try to figure out how much interference does her family have on her personal life. We are saying this because maybe you grew up in an environment where your parents gave you all the freedom, and you’re used to of taking your own decisions. And maybe your ‘would-be’ wife never even went to market without informing her parents. This different mindset may cause problems in the long run as she’s not used to of living independently and might include her or your family in every decision after marriage, which you might not like. Clear the stand, before you take a stand on the marriage.

We know it’s a lot of checkboxes but if you two are compatible on the above seven fronts, then congratulations! It’s a match made in heaven.