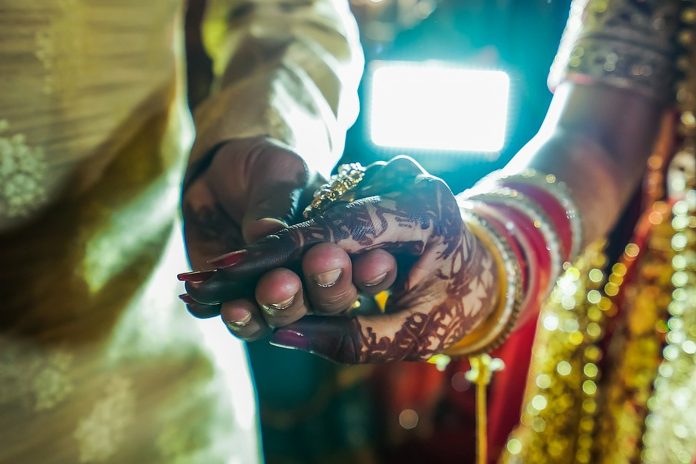 Marriage is an institution that has been established in our society. It is a bonding of not just the bride and bridegroom but of their families also. Marriage is the crucial phase of a person’s life. Marriage is a planned event that bonds two people for lifetime. Everybody think that marriages are made in heaven. But is it true? If marriages are made in heaven, then why do some marriages lead to divorce. There are many factors which cause marriage. Let us have a look at them.

We all are familiar with the term marriage from our childhood. Marriage is a social institution that has been established by society to regulate the life of human beings. It is a union of two families. Marriage is a sacred bond so it should bring positive effects. Marriages are held in a suitable place according to the desire of the families of bride and bridegroom. That suitable place differs across religions and social strata. There are basically two forms of marriage – arranged marriage and love marriage.

What happens after marriage

Not all marriages work out as they seem before the wedding. I am not saying that all marriages are failures. But all marriages are not successful. Arranged marriage as well as love marriage happen to be different than the expectation. In love marriage, the bride and bridegroom have only seen the merits of their life partner before marriage. After their wedding, they get to know the demerits of their better half. These come as a reality that they had never expected. Another problem in love marriage is that the husband and wife do not gel well with their in-laws. For this reason, in some of the marriages the couple lives separately. In arranged marriage, many families tell lies about their child and themselves. They lie about their financial condition and belongings. Some men and women look different from what they looked in their photos.

This problem occurs more in arranged marriage because the families are completely unknown. Through matrimonial websites, it becomes easy for families to fake about everything and acquire life partner. Many people are of the opinion that men and women having accounts in matrimonial websites really want to get married. That’s why they urge people to have arranged marriage through this medium. Many brides and bridegrooms marry because of societal pressure. People constantly remind them of their age. So they feel that once they marry, all will stop asking them about marriage. Even love marriage is not perfect. Many men and women pretend to be something before marriage while they are different after marriage. The family of husband or wife creates problems after marriage if they were not happy with the marriage. Some men and women face deception in love marriage.

How woman suffers in marriage

Women suffer in marriage because their husband’s family wants them to live under certain conditions. Their in-laws feel that women need a kind of training to become the perfect wife and daughter in-law. In spite of a woman being as qualified as her husband, her in-laws try to make her life as difficult as they can. Though a woman’s family gives a hefty dowry to her husband’s family, yet she faces ill treatment from them. Women are treated like housemaids by their husband and family members. It is as if men marry only to exploit women. There are cases of dowry deaths, domestic violence and marital rape in our society. It is because of greedy families who want to take advantage of women. I cannot understand why women are forced to marry in spite of their families knowing the intention of men’s families.

It is sad to see that the success of a marriage depends entirely on the wife. How much of abuse and pain she can tolerate to make her marriage last. Though her family has given dowry to her husband’s family, yet she has to struggle for pleasing everyone. She faces restrictions in her attire, sleeping hours, choice of food and lifestyle. Women feel lonely after marriage. All these happen irrespective of a woman being well educated, good looking, earning a decent salary and being from a good family. If a woman is good in all aspects, then she faces torture after marriage. Nowadays men marry women from the same caste just to suit society while they have a relationship with someone else. They marry a qualified, earning woman to take care of the household and parents as an unpaid maid. This is how women suffer in marriage.

How man suffers in marriage

After marriage, a woman lives with her husband in his home. She brings some changes in her husband’s home. If a woman marries a man having wrong intentions in her mind, then she spoils his home. Men also suffer in marriage when their wives take advantage of their material assets. Some women marry men having enough property but they continue their relationship with someone else. There have been cases where women have cheated their husbands and in-laws. Women have extra marital affairs and they harm their husband and in-laws because of that. Some women marry just for acquiring the property of their husband. If the husband and his family members are very good, then wife takes advantage of them.

What needs to be done

No man or woman should marry by force. It is futile to marry someone one is not attracted to because time is running out and age is catching up. Our society should understand that if marriages is necessary, then why does it lead to so many problems. If someone gets a spouse of equal level, then the marriage may be successful. Equal level implies having same qualification, similar family status and family structure and being a good match in terms of looks. Most of the marriages fail because someone gets a life partner of lower level.