Science and Technology have been constantly growing in the modern era. The World has made a massive-advancements in various fields of Science. We can agree, the technology in the present day is much easily accessible than earlier days. Nevertheless, every invention consists of a Legend who put in blood and sweat to make the technology work in the right way. It takes the labor of a lifetime to bring out an innovation inside a mind. Every scientist has been trying to create a revolution. However, the name linked to the revolution around the world matters the most. Common ideas, Improvising, Plagiarism have been a common element in the scientific community and a major reason for feuds.

We must all be familiar with newer discoveries, growing science and the masters behind the technology. However, what remains infamous are the greatest feuds among these renowned scientists. What if I tell you that the inventor of an electric light “Thomas Alva Edison” was kind of a bully? or One of the masterminds of Science “Sir Newton” was using his genius to defame a scientist? It is a bit hard to believe, Right?

Here are some of the untold stories of feuds among the household names of Science. These feuds are the reason for a reduced pace of advancement in technology. They’ve changed the world and the world-view.

Edison is one of those names in the scientific community that instantly comes to your mind, Right? The inventor of electric light and one of the well-known scientists. However, little did you know that Edison was one of those bullies that make your life miserable. Well, you might admire and look up-to Edison but Nikola Tesla sure have other opinions.

Tesla was an employee of Edison in the early years. While, Edison was developing his research on direct current (DC), Tesla had made advancements in the alternating current (AC). This resulted in the most popular feud of science history.

Alternating current is a better source of energy as it works for higher distance and power. If AC would’ve been popularised back in the day, the advancement of technology would’ve been enormous. However, instead of joining hands with Tesla, Edison’s plans were to defame the scientist. Edison’s DC had no chance if AC came out, so Edison spent a huge amount of money to campaign against Tesla. As a result, Tesla never won a noble prize for his invention and had difficulty finding investors.

Also Read 12 Of The Most Well Known Women From Across The World.

Charles Darwin is the Father of Evolution across the world. However, it is believed that the popular biologist wasn’t the only one that implemented the idea of evolution. A well-known microbiologist and physician, Robert Koch was also working on the same idea alongside. Nonetheless, Darwin published the research paper as soon as possible when he came to know about the competition. This made Koch furious.

The banter between the two was far from professional. These scientists ran around insulting each other on the radio, trash-talking in their interviews and drawing absurd art of each other in the newspaper. Koch was so hateful that he even stood against the theory of evolution, his own theory.

Did you ever come across the contributions of Gottfried Leibniz in the world of calculus? No? Well, that is what Sir Isaac Newton was planning for. Isaac Newton is among the top genius minds in the world. There is a huge role of Newton in implementing modern science. However, science is not the only subject Newton used his mastermind tricks.

Isaac Newton was working on calculus for a long period of time. Nonetheless, Gottfried Leibniz was also working on the theory alongside. When Newton came to know about the competition, he with his team members put all the efforts to defame Leibniz. His crew started campaigning against Leibniz. Eventually, Newton was successful in removing Leibniz’s name from the theory of Calculus. His contributions towards the theory just became a minor topic of calculus while Isaac Newton became responsible for the Calculus.

We are aware of the fact that all the planets in our solar system revolves around the sun. Sun is in the center and this is heliocentricity and we often laugh at anyone who believe otherwise. However, this is the established fact, NOW. Back in the day, believing that the sun was the center of the solar system was a sin. Pope Urban VIII was pretty serious about his religious beliefs among Roman Catholics.

The line of church was following Aristotle’s theories of heavenly bodies revolving around Earth. Nonetheless, Galileo strongly followed the heliocentric views and dedicated his life to prove the facts of Universe. As a result, this was not appreciated in the community rather it led Galileo to be house arrested for the rest of his life until his death in 1642.

Also Read How To Write A Resignation Letter: Expectations vs. Reality

Louis Pasteur and Robert Koch are both highly popular scientists with massive respect from their fields. However, even a single spark could set off the two scientists working together. The French-German dispute was a major political agenda in 1870. A war was fought that separated the two nations including these two representatives of each nation.

However, microbiology comes into play when France and Germany were competing for creation of medicine to overcome the diseases among explorers. While Koch was mentioned that bacteria could not be moulded to fight disease, Pasteur succeeded in transforming bacteria to create vaccines.

Though studying for opposite teams, Koch and Pasteur were sharing good relations as colleagues to achieve similar goal. However, neither one of them spoke the other’s language. So, when once a translator put out mistaken interpretation of Pasteur’s words as calling Koch and his nation arrogant, the spark soon became fire. Now arch-nemeses, the two were competing against cholera epidemic. Koch was victorious. When Pasteur discovered a vaccine for rabies, Koch discouraged its use.

Some feuds in Science are respectful while others are to earn fame over other scientists. However, this massive dispute among the inventors became a reason for an execution. Ruining the reputation up-to an extent that cost a life, this was the case of Antoine Lavoisier.

Lavoisier was silver-spoon, a popular scientist who was trying to reform France’s historically famous tax laws. Lavoisier was also one of the premier members of the Academy of Sciences, and he did use his resources to make discoveries that are still quite popular, such as mass conservation and, well, oxygen. Whereas, Marat was born a commoner. He waited to become a member of the Academy of Sciences, and suggested a theory he called “Animal Magnetism“. Animal magnetism was a possible theory for hypnotism & healings.

With this theoretical “evidence” in hand, Marat went before Lavoisier and the Academy. However, he was a recipient of criticism rather than applause. Lavoisier called the explanation vague and mentioned there was no basic foundation of the theory.

Marat was passing out papers that denounces Lavoisier and his beliefs. Marat got on board with a movement to denounce the Academy of Science. the French Revolution began and Marat was killed. After his death, his causes were taken way more seriously than they should have been. Lavoisier was eventually arrested and executed.

Einstein is unquestionably a legend. However, Philipp Lenard was no less of a genius in his research. Lenard’s work was in development of X-Rays and atomic theory. He was a recipient of a Nobel Prize in Physics.

At the conference, Lenard was constantly attacking Einstein’s theories, was comparing the famous scientist to a goat. Little did he know, he gave a correct statement, Einstein indeed was a G.O.A.T. However, Einstein did not reply to the allegations and made a decision for a long-term lesson. Well, this became a reason behind invention of nuclear weapons and a crucial help to win the World War.

We can all agree how important washing hands have become in the recent times, Right? However, in 1850, Charles Meigs did not agree with this fact of hygiene. Well, you must be wondering who is Charles Meigs? And what is his problem with washing hands? Let me brief it up.

Ignaz Semmelweis came up with a basic suggestion to reduce the infant mortality rate. The lack of hygiene was causing health problems among infants or even death. Semmelweis’s suggestion to the medical community was the three magical words “Wash your hands”. He gave an idea about how washing hands before delivering a child can reduce infant mortality and also ensure hygiene. Little did he know, that this idea can change his life and result in the greatest feud of his life.

However, Charles Meigs, a popular doctor was opposing the idea of washing hands before operation. He said that the doctors are gentlemen and gentlemen don’t need to wash hands. Meigs was successful in defaming the Vietnamese doctor and ripping him off the job. Nonetheless, Semmelweis suggestion was proven right after two decades with Louis Pasteur’s discovery of germs and microorganisms. 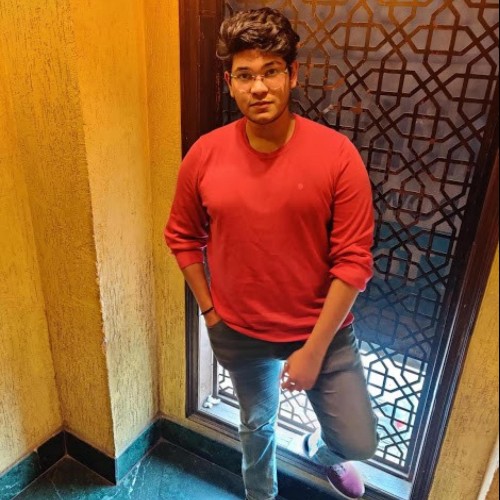