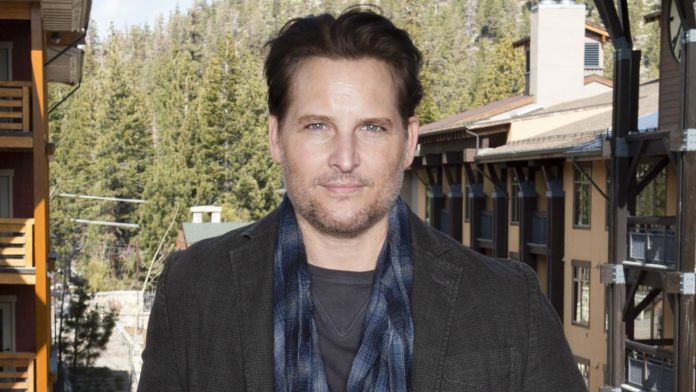 You may not have heard his name much, but you definitely will recognize his face. A slightly paler version of his on-screen character Carlisle, Peter Facinelli is definitely a phenomenal actor. An American actor and producer, Peter Facinelli has starred in numerous franchises and dramas. Facinelli began his career way back in 1995, and has been a rising star ever since. Both a TV and movie actor, Facinelli boasts an illustrious career across various genres and modes of television.

Despite being known mostly for his role in Twilight, Facinelli has had quite an illustrious career. Between acting in blockbuster franchises and teenage coming of age movies, Facinelli has followed a very varied profile. His work has taken him to play leads in some and supporting characters in others, but he has been perfect in each.

Son to Italian immigrants, Facinelli grew up in Ozone Park, Queens. He was raised as a roman catholic and attended only one school his entire education, the St.Francis Preparatory School in New York. Facinelli was quite devoted to his education and it soon translated as he joined New York University for his undergrad. He also was a member of the Atlantic Theater Acting Company.

Facinelli had quite the launch during his debut year, 1995. His first film, Angela by Rebecca Miller received a lot of positive acclaims. However, he managed to catch critic’s attention in his second film, a TV-movie called the Price of Love in the same year. The Price of Love received critical acclaim for its storyline and Peter’s acting.

The story showcases the life of a 16 year old and his tumultuous life. Sixteen year old Bret lives with a father who doesn’t care about him and a stepmother who hates him. After the final nail in the coffin is hammered in, he leaves home. He becomes a drifter and finds a girl and two guys like him. Life seems to be one to be lived in the moments. He and the girl, Roxanne, decide to leave the city together, when they get busted by police. Roxanne is arrested but Bret gets away. He is back to being a lone drifter when he meets up with a group of people who give him lodging. He doesn’t know that there are a part of the male prostitution, and what is set in store for him.

His journey after this was just up. Most of his roles spanned in the teenage character profile or teenage movies. He at first acted next to his future wife Jennie Garth in the movie An Unfinished Affair. These were soon followed by numerous TV shows like a part in After Jimmy. He also took on the role of a college dropout in the show Calm at Sunset.

Also Read: Class of ’83, An Indian Crime-Drama On Netflix!

Facinelli did many more movies after Calm At Sunset. While people assumed that his destiny would be to settle to be a TV actor for the coming years, he was dead set on proving them wrong. Facinelli made an appearance in sci-fi film supernova, action film Riding in Cars with Boys. He also made an appearance in The Scorpion King in 2002.

He hadn’t quite gotten his big break yet, but he was on the way to. His first leading role was one in the Fox drama Fastlane, a show about two renegade cops getting into the world of high stakes crime. The show, unfortunately was discontinued after one season of twenty two episodes. It however, ended on a good note. His most notable role came from the infamous Twilight series. If you have been living under a rock and do not know what Twilight is, here is a small breakdown.

Also Read: Ten Games That Can Add Fun To Any Event!

After starring beside Matthew Broderick in Finding Amanda, Facinelli found himself I search of other roles. And almost immediately he was approached to play Carlisle Cullen in the movie adaptation of Twilight. If you don’t know about Twilight here is some information.

A teenage fiction saga, Twilight is a series of novels by writer Stephanie Meyer which was later adapted into a movie. With actors such as Kirsten Stewart, Robert Pattinson and Taylor Launter, the movie became a blockbuster and a launching pad for all it’s actors. Fun fact, Anna Kendrick of Pitch Perfect fame had a minor role in the movie as Bella – the main character’s best friend.

The saga depicts a love triangle between a human, a vampire and a werewolf and is as ridiculous as it sounds. Carlisle, the character played by Facinelli, is the patriarch of the vampire family, called the Cullens. A compassionate soul, Carlisle is the most level-headed and kind-hearted vampire of the bunch. He and his wife Esme had taken the responsibility to bring in the other vampires and give them a home. He comes to be a great help to Bella in the coming movies.

Also Read: This Is Why Jaimie Lauren Alexander Is So Famous?

When asked about his most famous role, as Carlisle, Facinelli had a fun incident to share. In an interview with Warburton magazine, he said, “I actually rejected Twilight at first. My manager did a bad job of explaining the plot and I thought there would be a lot of gore, blood. It sounded like a bad horror film. Then I read the books by Stephanie. And I was desperate to have a part in it.”

When asked about his plans after the success of such a huge franchise as it had grown, he didn’t have to say much. He was already a showrunner in the daily dark comedy series Nurse Jackie. He plays the enigmatic Dr.Fitch Cooper.

When asked for his plans after both the show he had some impactful advice to share. “When you’re working for two jobs at once, you tend to miss out on the more important things in life. I loved working two jobs, the travelling and everything. But on the other hand, my children were growing up before me and I was missing out on their childhood. So I decided to take closer to home roles and live in the moment.” Facinelli now lives with his family and just recently proposed to his long-time girlfriend Lily Anne Harrison on a trip to New Mexico. We wish the couple a happy married life!!