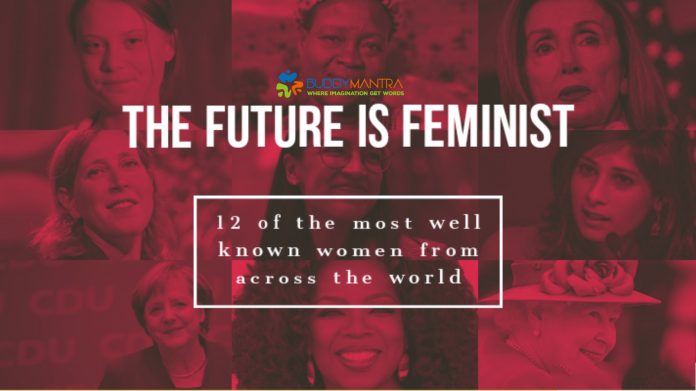 These women are powerhouses. From changing the country to inventing new technologies right off the bat, women have been fighting harder for their rights. Advocating for feminism, managing a family and a job, women today are hustling in ways never done before. And as the youth of the nation, we look up to such phenomenal examples to be inspired. We work hard to be like our inspirations in hopes that we become like them one day. Here are fifty of the most known and influential women from across the world.

An American business woman, author and former real estate developer, as senior advisor, Ivanka Trump holds a lot of power in American politics. Her decisions can also shape international relation decisions. President Trump has been criticized for having her as his advisor as she has no political experience before this. Despite this, it is hard to deny her influence in the state of world affairs and the country’s state.

11. Nancy Pelosi, United States Speaker to The House of Representatives.

A dynamic woman, Nancy Pelosi entered the House of Representatives in 1987 after winning a special election in California’s eighth congressional district. Since then she has been the leader of the Democratic House of Representatives. She directly criticizes President Trump’s rule and has lead the impeachment trial against him, for which he has since been acquitted.

The first female black billionaire, Oprah Winfrey has been an inspiration for black women all over the world. With her innately personal interviewing style and knack for talking about topics that actually mattered instead of mindless gossip, Oprah won over everyone across America.

Alexandria Ocasio Cortez, commonly known as AOC, shook up American politics by dethroning Joe Crowley, the fourth most powerful democrat in the house. The youngest person to be elected to congress, AOC is a vocal advocate for climate change, women’s rights, abortion, border control, cyber security and is also a Bernie Sanders supporter. Her Green New Deal is a work waiting to revolutionise life with sustainable production and industries.

Merkel is the first woman chancellor of Germany and was also the first citizen of the German democratic republic to be elected to chancellorship after it was reunited. She played a key role in the formation of the European Union, regardless of the consequences of those actions.

Not too far away from controversy, Christine Lagarde has been one of the most powerful and well known women behind the scenes of world building. A French lawyer and politician, Lagarde went from being the finance minister of France, to being the managing director of the IMF. She now serves as the president of the European Central Bank.

The longest reigning monarch in British History, Queen Elizabeth the Second has held the power of the monarchy for over 65 years now. She was crowned at the tender age of 27, in 1953. Her power over the years has reduced from an absolute monarch to the head of a constitutional monarchy over the years. She doesn’t have any political power now but she is still the face of The United Kingdom.

Wife of the co-founder of Microsoft, Melinda Gates is a dynamic woman in her own right. A powerhouse of ideas and initiative, Melinda Gates at first started of as a product manager at Microsoft. She would then meet her future husband, Bill Gates there. She is also the founder of Expedia, a budget friendly travel resource. Her greatest achievements include placing computers and libraries all over the world, solving health and poverty issues all over the world. She has also donated more than 560 million dollars in efforts to increase access to contraceptives for women in third world countries.

She was formerly Google’s senior vice-president before moving on to being CEO of Youtube. A visionary, Wojcicki enabled Adwords and Adsense to help Google make revenue froms ads. She changed the game with how businesses and customers used Google for purchases. She now leads Youtube, and it is the largest streaming platform with over one billion monthly users.

The paramount chief of the Dedza district, Theresa Kachindamoto is probably a name you have never heard before. And that fact itself is a huge disservice to the brilliance of this woman. Theresa has an informal authority of over 900,000 people in the Malawi region. She is known for her forceful action in dissolving child marriages and insisting on formal education for both boys and girls. We take a bow to the sheer magnificence of this woman!

A Harward economist, Gita Gopinath is the first Indian Woman to assume the position of Chief Economist at the IMF. Daughter to a farmer and entrepreneur, Gopinath is not simply at the IMF. She is also the co-director of the International Finance program at the National Bureau of Economic Research.