Like every state has a unique food culture, Jharkhand has its list of traditional ‘haute cuisine’. The more you explore Jharkhand, the more it gets diversified. When we talk about the pure regional food of Jharkhand we get to know a lot of items that had been influenced by the tribal culture. They are cooked all over the state and beyond. Agriculture is well flourished in the state as cultivable land resources have given a lot of potential for horticulture and forest by-product.  Due to the innovative ways of mixing ingredients available to us and making the best use of the natural products Jharkhand’s cuisine stands distinctive. Let’s explore the food culture of Jharkhand.

Starting with one of the famous cuisine Dhuska, a savory dish, fried deeply and taken as a snack with sauce and chutney. The main ingredients include rice, powdered chana daal, and sometimes boiled potatoes. You may not find these food items in restaurants as it is a normal snack item and made easily at home.

Often during festivals, you will find people making a sweet dish named Anarsa, which is made out of sugar or jaggery. So, this dish is a dish of special occasion often relished during festivals like Diwali or Holi, which can be packed for picnics or can be one of the items for the menu of kitty party.

Another traditional food is Til Bugga or Til Barfi, which is enjoyed most of the occasional times. It is a sweet item taken as dessert as well. The topping of barfi is done with sesame seeds for enhancing its taste and hence its name.

A kind of rare mushroom is found in Jharkhand. Its cultivation begins during the onset of monsoon season as its productivity grows in the course of this season. These mushrooms are found deep under the soil near the Sal trees. It is a button mushroom rich in proteins and the demand is high during this season because it becomes an alternative to the non-vegetarian diet during this spiritual time of Shravan.

Are the edible parts of the bamboo. Its soft and tender flesh are cut and boiled so that any toxins if present are removed. It is often pickled, curried, or fermented and can be cooked in many different ways. Older shoots need more of boiling as compared to the young shoots. Young shoots are locally called Karil and stored shoots are called Shandhna. They are sold as fresh raw products, often packed or canned.

Made of maida or refined white flour, ghee, and sugar makes it a very tasty delight. Firstly the batter is fried deeply until crisp and then soaked in the sugar syrup. The final prepared khaja is dry from outside while the inner part is full of sugar syrup. Khaja is a sweet often used during festive occasions as a holy offering, especially to Lord Jagannath.

A  very famous dish not only famous in Jharkhand but also West Bengal, Assam, Odhisha, and Kerela. It is typically made of rice flour or wheat flour both. It is a type of rice cake which is filled in between with sweet ingredients or grated dry fruits like cashews, pistachios, and almonds. Stuffings of pithas are also innovatively filled in with cauliflower, cabbage, or mashed potatoes and often steamed.

One of the famous food of Jharkhand inspired by Bihar and also famous in parts of UP. The dough ball is made of wheat flour and is stuffed with sattu which is a chickpea and barley flour. It may also be enjoyed with aalu bharta, baigan bharta, chicken curry, and chokha which is prepared by mashed eggplant, potatoes, tomatoes, and added with mixed herbs, onion, and spices. Just after the litti is prepared it is brushed over with ghee to enhance its taste.

High in protein, made out of fermented rice and Bengal gram dal. The batter is prepared out of soaking the dal and rice for 5-6 hours and then grinding them into a paste. This paste is again left for few more hours to ferment properly and then spread over an iron pan like dosa. Enjoyed with sauce and dhaniya, mint, garlic chutney.

A wild leaf often cultivated by local people during monsoon. As the rich forest land of Jharkhand has always provided an abundance of natural food products, it has been a great source of income for regional farmers also. This is more famous among tribal parts of Jharkhand where along with Koinar saag, they also make use of Colocasia esculata ( kachchu patta) and Crotalaria juncea (Sanai ka Phool). Nutritionally, they are high in fiber, rich in protein and has low fat and carbohydrate.

They are another recipe made out of natural by-products of drumsticks. The curry is mixed with potatoes sometimes, which is a very common dish among people. Further, its leaves are even cooked and taken as saag. Its leaves have got that medicinal property used for good digestion, treating asthma, and also curing infections.

A traditional drink named Mahua is a very special and traditional drink of Jharkhand. Especially the tribal men and women consume Mahua on special occasions and they consider it a holy thing as it has the medicinal properties to cure ailments.

Another famous tribal drink is Handia, which is a fermented rice beer. Karma Puja is an occasion of paddy harvesting and this sacred drink is celebrated by the tribal. It is not only famous in Jharkhand but also in parts of Odisha, Chhattisgarh, West Bengal, and Madhya Pradesh. It is the most accepted sacred drink of Munda and Santhal tribes.

It is a non-vegetarian dish. The use of small fishes dried in sun and then deep-fried until crisp. It is then lightly roasted with mustard oil and various spices and finally adding a few drops of lemon or vinegar to enhance its flavor.

They are a very common food item among the non-vegetarians. Be it any occasion, festivals like Eid or Holi, people enjoy the chicken and mutton in a very desi curry style. People also enjoy eating them in many different ways like biryani and korma.

Pumpkin is another natural item that is easy to make and prepared in different ways especially enjoyed as pumpkin curry. It may be taken with chapatti, paratha or rice depending on one’s choice.

Famous mouth freshner taken in variety of forms. Its range includes simple and sweet paan to adding of chocolate in it for enhancing its taste and also exploring new ways. Paan is very historical and much loved in parts of UP, Bihar and Jharkhand.

A very famous delicacy and an important holy food offering of hindus made specially during chhath puja and also throughout the year as sweet cookies. Made of jaggery, whole wheat flour and grated cashews, cardamoms and fennel seeds for enhancing taste.

The non-tribal part of Jharkhand enjoys all sorts of food delicacies and is in favor of all the cuisines. They preferring Chinese and continental in most of the time. Their diet includes a mix of traditional Jharkhand cuisine and also some north Indian hint. Paneer or cottage cheese is prepared in many different styles influenced by north Indian style and also sometimes Chinese. The street foods include a range of Chinese dishes, often tried at home as well.

Lastly, a famous tangy dish golgappa which is so very famous and loved among the people that people have innovated and tried it in many different ways. The taste is so liked that it has become one of India’s famous street foods.

Jharkhand is a fast pace developing state which beliefs in holding on with its root and welcoming the development. It provides 40%  of mineral resources over the country and only state to provide Pyrite, Uranium, and coking coal. As people are close to nature and natural things, so the forest is considered very holy and worshiped as a god. 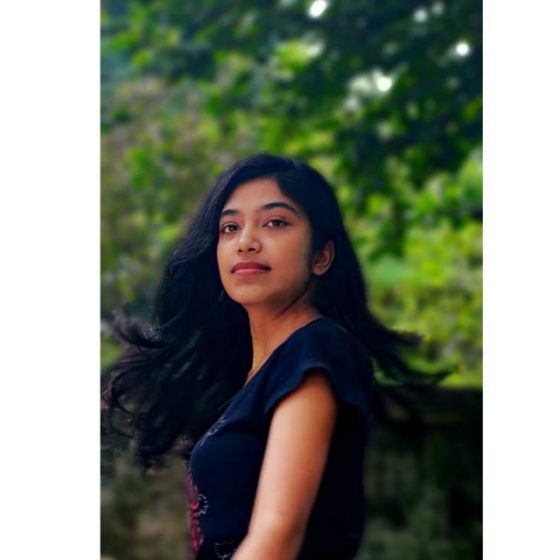 Prerna Mishra
I am a passionate blogger and budding content writer. I consider myself capable of donning various hats with ease, as and when need be! Pursuing my graduation in Food science and technology.

30 worst food to avoid to get rid of obesity