Brihanmumbai Municipal Corporation (BMC), Mumbai civic body is taking one step further to promote gender equality. They are doing this through a simple yet unique thing. They have installed female representation on the traffic signals and road signs. It is glad to note that this kind of thing is happening first time in India.

Where they have done this?

BMC has adopted this idea in the Dadar region in Mumbai. There are 13 junctions and around 120 pedestrians’ signals that will be replaced by female traffic signs on Cadell Road. So, they are effectively working on 240 signals having each red and green signals. They change only the stencil for the signals which is an efficient method. It is a 4.5 km stretch between Mumbai’s Dadar and Mahim. They have completed this initiative across 1 of the 13 junctions and will complete remaining in the month. This is the part of their project, “Cultural Spine” of Mumbai.

This is one part of it and more will come shortly. This intervention made Mumbai the first Indian city to join the league for installing gender-sensitive signboards. This project is conducted at a very low cost. Till now, they have spent less than 25k Cr for 13 junctions. Also, they easily obtained the no-objection certificate from the Joint Commissioner of Traffic Police. They stated that this idea is not violating the Indian Road Code and firmly approved the change.

What is people’s take on it?

Which are the other countries that already follow this?

German cities like Cologne and Dresden have both female and male symbols on the road signage. They are popularized as Ampelmann and Ampelfrau in German. This means traffic light men and women. Several cities of Netherlands like Amersfoort, Utrecht, and Haarlem have adopted “Sofie”, a girl with a ponytail on the pedestrian traffic signals. The traffic maker Vialis regarded Sofie as a symbol of women’s rights and to improve pedestrian safety. It first came into the highlight in Amersfoort in 2000 by an unknown action group. In Australia’s city, Melbourne, people adopted this change in 2017.

Lithuania’s city, Vilnius in Europe, started to use female traffic symbols in Konstitucijos Street to denote celebration of the 100 years anniversary event of women’s suffrage movement. Also, act as a reminder to people that women can go far beyond their dreams. Switzerland’s city Geneva has put up female symbols on traffic signals earlier this year. Even, New York has started “men and women at work” signs to denote gender equality. Other cities like Vienna and London also came up with the idea of putting same-gender couple symbols on the pedestrian’s light.

What more can we do for women empowerment?

Mumbai locals have different compartments for males and females. The main issue over here is that the seating capacity of women compartment is far lower than that of men. This is irrespective of the point that women are allowed in the male compartments too.

But the matter of fact is that, why differences in both compartments? The first-class women compartment only has 14 seat capacity which is 1/4th of male compartments in a few railway lines. Whereas, the second class women’s compartments number are also less than 72 seats only. Because of this issue, women face a lot of problems during peak hours. Also, the crowd makes pregnant women distressing while traveling on the trains to deal with this situation. The government must understand that number of women traveling has increased drastically for the past 20 years. More women are getting educated, doing jobs, and traveling for some other work by these local trains.

Have you seen clean washrooms everywhere in public spaces in your city? I don’t find so! It is true that due to “Swachh Bharat Abhiyaan”, many washrooms are created in the cities. But it is not enough. The problem is that either they are not hygienic or they are not present. It is high time that the government should take this matter more seriously as women need them significantly.

The empowered women are powerful beyond measure and beautiful beyond description.

There exist other small things that can help in spreading the message of women empowerment. After all, it is not just defined with the government but also it is the responsibility of the society to give women equal rights as men. From her safety in traveling out to online bullying, from the menstrual taboos to her promotion and pay structure, from insisting her to know cooking to force for her to marry. These things do matter a lot! The absurd mentality of people must change towards women. If this happens, I think there will be no discrimination and women can live more safely and happily. 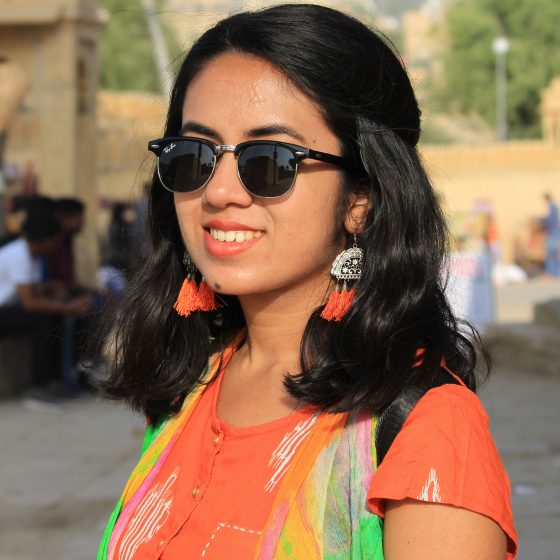