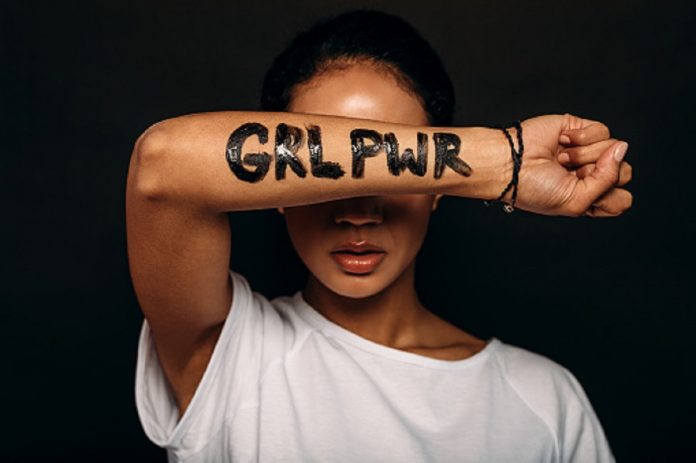 In this article, I will be talking about ‘feminism’. Well, I guess everyone has their own opinion on feminism and it is completely fine with what one thinks regarding this term ‘feminism’. Feminism has many definitions and meanings attached to it which has definitely evolved with time.

What actually does feminism mean?

Feminism is not about putting anyone gender above the other but instead, feminism is about equality, where both the sexes are treated equally and with equal responsibility.  Feminism is a degree of social unforeseen developments, political new developments, and techniques for thinking that expect to portray, create, and accomplish the political, financial, individual, and social equality of the sexual directions woman’s benefits joins the position that social solicitations mastermind the male perspective and that ladies are overseen irrationally inside those social solicitations.

Endeavors to alter that wire drawing in sexual course theories and endeavoring to create enlightening and fit open portals for ladies that are practically identical to those for men. Feminism was a movement started by females to ask for equal rights which included equal right to vote, equal job opportunities, equal wages, and the list can go on and on. It attained much attention all over the globe. Earlier women were not even allowed to write, they feared the society so much so they started writing under the pen names like “Bronte sisters” wrote under the identity of the male.

What does feminism mean today?

Well, as mentioned the word ‘feminism’ has definitely evolved with time and its definition has changed.  Well everyone has got their own point of view about the same so of course, we cannot attach one particular meaning to it, like some think it’s being who you are-being the lady that you are, without fears of judgment or a joke. It’s being fruitful, not in a materialistic way, however in the manner in which you need to be. It’s tied in with doing what you need to do throughout everyday life, battling for what you need not trusting that others will give you what you need. There are still impediments for ladies in doing that. Some think that feminism is a way of empowering women. Well, feminism is not only about females supporting females but also about males supporting females and there is no shame or anything in that.

Waves of feminism and the problems faced

The first wave of Feminism came in the early twentieth century it initially started in the UK and the USA. The main focus was the raising of voice against universal suffrage and the equal right to property. They also demanded for equal education as men get.

Problems with the first wave

It was more of a racial movement despite being a reasonable movement as Elizabeth Cady thought that why were so-called “degraded black men were given the right to vote above white women” which clearly shows the racist side of the movement. Another well-known lady of this development Rebecca Felton, the main female figure to be situated in the United States Senate, she gave the explanation which I am rewording said that not all ladies ought to be given the option to cast a ballot and she can’t endure or withstand any dark man to make choice on her privileges, she additionally said that she would prefer decided to lynch a large number of dark men getting lynched rather observing them throwing and appreciating rights over white ladies. Well this was unmistakably not the point of women’s activist development and this was not how it ought to have ended up being

The second influx of woman’s rights came in the 1960s and kept going two decades. Whenever contrasted with the principal wave of women’s liberation it was not sensible enough. For example, the main wave women’s activist requested an option to cast a ballot and for education as men get however the subsequent wave was not about it. The subsequent wave spread in the western nations as fire and this time it expected to build equity among ladies’ freedom as well as to increase significantly more. This era focused on conceptive rights, sexuality, family and work rights, forceful conduct at home, marital ambush, and legitimate awkward nature.

The most influential figure of this era was “Simone De Beauvoir” which I believe is the most “influential feminist ever lived” she was a French philosopher. She wrote the famous book ‘The Second Sex’. Many others wrote books too not the feminists starting writing books and talk about the issues.

Problems in the second wave

Simone De Beauvoir in her book ‘The Second Sex’ wrote about women and in one of her chapters “Biology”, she said that “women are not emotionally as strong as men, women are much weaker than men, we know this…..” we know that there are “ psychological, biological, physical and physiological changed between the two sexes” she said that “Despite these differences, we should be treated the same way” well what I want you all to know is that there is a fine difference between the words SAME and EQUAL.

Equal refers to the same status and rights as the other person enjoy without getting compared and same refers to the same appearance as to more of physical traits like the body, features, etc. so what the main objective should have been was the equality and to achieve the similarity because the two genders can never look similar. What the activist pointed we seemed to be more like various things ought to be dealt with the similarity whereas it should be more like equal.

Third-wave came in the 1990s and it was an individual movement that aimed at empowering transgender women. The third wave was quite contradictory and had no clear perception or motive. The prominent figure of this era was Judith Butler and she wrote a famous book named “Gender Trouble”. Well, some feminists did argue that we can choose our own sexes which s practically not possible a baby can be identified on the bases of gender and not chose one.

Problems with the third wave

The women of this era argued that sex is not natural but rather a socially constructed norm. They related feminism with science. “Biological Reality” was denied by them. They argued with the fact that the differences that make us different should not be taken in a different way.

This wave came after 2010 and is still going on till date. Many females came forward and spoke openly about the oppression they face; well many youths do not exactly know the real meaning and cause of the whole feminism movement. They just want the one speaking about it just to go with the trend, so that they don’t look the ones behind the generation.

What are the impediments or difficulties in woman’s rights today?

In the present situation, the entire significance of woman’s rights has been changed. Women’s liberation did accomplish a ton of consideration from the extremely popular #metoo development and inside no time it spread everywhere throughout the globe with numerous famous people and compelling figures being a piece of it. They raised the issue of sexual or physical provocation that they experienced and they spoke transparently about it. As a matter of fact, numerous individuals do feel that they have accomplished fairness and they are fulfilled with it while in all actuality the appropriate response is NO we gave not yet accomplished it.

There is significantly more to accomplish it. There is still compensation hole or ladies are considered as not equivalent to men in the working environment. Well, numerous ladies despite everything bargain with their fantasies or aspirations. They despise everything to leave their all-around settled occupation if their significant other gets moved to some other spot. For certain a lady getting a man is progressively significant and they imagine that satisfying them is their need.

All through the vast majority of Western history, ladies were kept to the close by a circle, while open life was held for men. In medieval Europe, ladies were denied the decision to have property, to consider, or to look at open life. Near the finishing of the nineteenth century in France, they were starting in the relatively recent past constrained to cover their heads without trying to stow away, and, in parts of Germany, a spouse paying little mind to everything held the decision to sell his life partner. As a general rule, even as late as the mid-twentieth century, ladies could neither vote nor hold elective office in Europe and in an enormous section of the United States. Ladies were protected from sifting through business without a male pro, be it father, family, life partner, genuine expert, or even pre-grown-up.

Hitched ladies couldn’t practice authority over their own adolescents without the consent of their mates. Besides, ladies had near-zero access to heading and were expelled from most explanations behind living. In unequivocal bits of the world, such repressions on ladies proceed with today. Thus to state, we can say ladies had no character of their own and were treated as minor articles. They dislike the manikins in the hand of male ruled society. In the event that we take a gander at the present situation, a ton had changed yet at the same time ladies battle to build up to them.

To put it in a nutshell