Chennai-The Street Food of the City by the Sea

Chennai, formerly known as Madras acts not only as of the Gateway to South India but also acts as a gateway to delectable street food. Located along the beautiful Coromandel coast of Bay of Bengal, Chennai’s Street Food has much to offer than it meets the eye. Contrary to popular belief, this city by the sea offers a great assortment of Street Food and certainly not just Idli or Dosa. Above all this vibrant city is also known for introducing to the connoisseur’s community with ‘Chicken 65’, a famous chicken starter.

Chennai is amongst one of the top destinations for street food. Above all, it has also featured in National Geographic’s list of “ Top 10 Food cities”. You can try various delectable cuisines throughout the city and let your taste buds do the talking! Besides, some of the street foods not only taste good but also represent the vibrant culture of Chennai.

Also, a game based on the famous Tv show,’ The Amazing Race’ has been gaining popularity in Chennai. As a result, this game required contestants to go around the city whilst following clues which lead them to famous street food joints! Seems like a wonderland, doesn’t it? Furthermore, every time you get the clue right, you get altogether unique and delectable street food to try!

Head over to- Murugan Idli, Idli Express or Idli factory

Idli, the most famous street food of Chennai which everyone swears by is readily available in every nook and corner of the city. Also, it acts as the staple street food of Tamil Nadu. Hence, Idli not only rules the streets of Chennai but has also found a soft spot in every house. First of all, this simple yet delectable street food is widely popular among the masses as it is quite simple to prepare furthermore it has a very short preparation time. Even more, it is best to serve idli with coconut chutney and sambhar. Hence, you shouldn’t miss this delectable street food in Chennai when you visit this city.

Murugan Idli Shop is certainly one of the finest idli joints in the city as their idlis are light as air and fluffy.

2.Bhajji – The alternative to hot pakora

Bhajji is a widely popular street food of Chennai amongst the college students and the office-goers. Even though it is popular throughout India and goes by the name of pakora, Chennai’s bhajji, in contrast, has a different story altogether. What differentiates bhajjis even more, is its shape and the melange of chutneys served with it, as a result, imparting the difference.

This deep-fried street food of Chennai is prepared by mixing besan with stuffings of potato, chillis, onions or other vegetables. Certainly, the most famous being the raw banana bhajji.  While in Chennai you must try the banana bhajji, it is certainly worth the money! The orange spicy chutney served with the bhajji besides enhancing its taste, also offers those taste buds of yours a savoury almost hard to refuse.

The best part of this street food in Chennai is its availability and its dirt cheap price! Therefore, you can see hordes of people queued outside Jannal Kadai, located in Mylapore to get a taste of this delicacy.

Head over to- The bewitching Marina Beach, Royal Sandwich, Mathsya

Sundal is prepared with boiled chickpeas mixed with shredded coconuts and onions. An assortment of spices is sprinkled on top of it as a result giving it a vivid flavour. Even though this is the regular taste of Sundal, furthermore, its taste varies from street to street, due to every street food seller trying to incorporate his/ her own flavour to it.

People of all ages can be seen munching on Sundal mostly whilst taking a stroll on the picturesque Marina Beach.

Head over to- Kozhi Idli, ID, Srinivasan Road or Kaaraikudi

Idiyappam or as I remember it as Spiderman’s web (pun intended) is a famous street food of Chennai which resembles noodles. It is prepared with rice flour and is served with curry or coconut milk. It is mostly served as a breakfast dish and hence can be seen in all parts of the city.

To savour the best of Idiyappam, just head over to Srinivasan Road in T. Nagar. Also known as the Indian counterpart for noodles, this web-like white dish is really delectable and hence acts as a great breakfast appetizer.

It is one of my personal favourites because it gives you a sense of fulfilment and furthermore does not burden your pocket. Idiyappam is quite easy to consume and as a result will definitely satisfy your hunger. It is best suited for a breakfast meal and hence can be consumed with other dishes as well. It is a must try when you visit Chennai.

5.Kothu Parotta – The other cousin of Paratha

Head over to- Thambi Vilas, Maplai  or Madurai Kumar Mess

There is a difference between what we know as Paratha and Kothu Parotta. Paratha is a flatbread made of flour while Kothu Parotha resembles what we know as Lacha Paratha in the North part of India. Kothu Parotta is in contrast prepared by shredded parotta, mixed with either vegetables, egg or even meat. A great assortment of spices is what makes this savoury so delectable to taste. Therefore, it is one such delicacy which has found its way even in most restaurants in the city.

Kothu Parotta can be enjoyed either in a restaurant or even from a roadside stall, probably there would only be a difference of quality. The street variant of Kothu Parotta is something which certainly caters to the taste buds of the local people.

6.Dosa- The one true love

Dosa is the most readily available street food in Chennai for the reason that almost half of the population lives by dosa for their breakfast (no pun intended). It is prepared from rice and is a crisp and thin layer of piquant. Dosa is usually stuffed with mashed potatoes, onions, vegetables and an assortment of spices. Finally, it is served mostly with sambhar and coconut chutney. Furthermore, some joints offer a gargantuan number of chutneys to choose from.

The variety of Dosa that you can consume in Chennai is mind-boggling! You can certainly find a dosa with almost every stuffing that you can possibly imagine right from potatoes to even pizza dosa. Furthermore, the best dosa joints are located in T. Nagar; light on the pocket while yummy to taste. Podi Dosa served with ghee in T. Nagar is certainly a must try!

The humongous variety of Dosa’s can be quite daunting to choose from but take your time to pick the right one because it would definitely be worth your time!

Uttapam is also known as ooththappam is a famous street food of Chennai which resembles a dosa. This street food of Chennai is made by mixing ingredients to form a batter and is then cooked. Though it does differ from a dosa with respect to its texture. Whilst a dosa is like a crepe, thin and crisp, while an Uttapam is like a pancake, thick in texture. The toppings of the Uttapam are cooked right into the batter.

Uttapam is greatly loved by the people of Chennai and hence can be found in all parts of the city. Uttapam is prepared with toppings of onion, chillies, tomatoes, capsicum, cabbage and other vegetables. The wide variety of vegetables that go in the topping gives it a sui generis flavour! It is served best with chutney and undoubtedly sambhar.

Seena Bhai Tiffin Centre, located in Mint Street at George Town has been selling scrumptious Uttapam for the past 42 years! Their only two dishes- ghee idli and ghee uttapam are consumed by connoisseurs from across the city. This prodigious establishment came into existence in 1977 and was started on a pushcart by Mr.Srinivas. The name ‘Seena Bhai Tiffin Centre’ was coined mostly due to the fact that Mr Srinivas became widely known as Seena Bhai amongst the North Indian population who would visit his stall religiously. They serve their palatable Uttapams with coriander-pudina chutney and onion-mint chutney which tastes luscious with the Uttapams. One could witness 18-36 Uttapams simultaneously being cooked on a 2.5’ to 1.5’ tawa.

Atho is another popular street food in Chennai. It is originally a Burmese savoury which is a type of Burmese noodles. It is prepared by mixing thick round noodles, onions, shredded cabbage, tamarind, chilli flakes, garlic, MSG and salt. Soup is poured over this cooked noodles. It is often served by Burmese refugees in Chennai.

Kuzhi Paniyaram, also known as Gunta Ponganalu is another famous street food in Chennai. It is prepared by using a batter of rice and black lentils, similar to the ones used for dosa or idli.

This street food of Chennai is quite unique due to the fact that it can be served both as a sweet or a savoury. The preparation of this dish requires a special type of pan which has a number of small fissures. The dish is also known as gulittu, paddu, guliappa, appe, veriyappa amongst others.

It is readily available in all parts of the city. But to savour the best of this street food of Chennai, head over to T. Nagar. Venkatesan Street, located in T. Nagar, is known to serve one of the finest Kuzhi Paniyaram in all over Chennai. You should definitely try both the variants of the Kuzhi Paniyaram and decide for yourself, which one did you like the most.

Even though there is a strong belief that Chennai is only the land of Idli or Dosa, the Street food of Chennai is quite multifarious and delectable. A trip to Chennai would be deemed nugatory for a connoisseur if he fails to visit the streets of Sowcarpet. Sowcarpet acts as the hub for the best street foods in Chennai. You can get a taste of almost all the street foods of Chennai in Sowcarpet at a really pocket-friendly price!

Do let us know about your experiences related to the street food of Chennai in the comments section below! Keep munching! 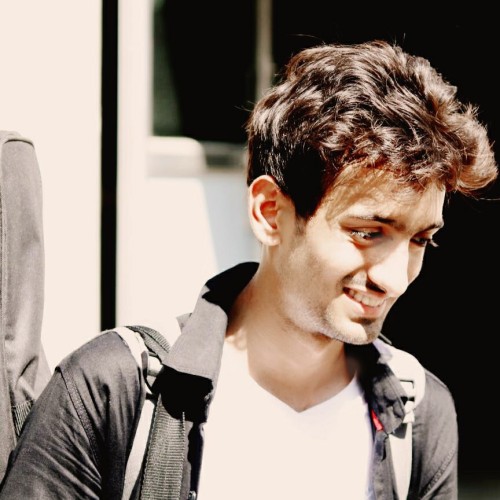 Divyanshu Abhineet
Divyanshu Abhineet is an engineer by profession and a writer by passion. A wanderlust poet lost in the chaos of life, hoping to be found someday by someone. Can be seen sitting under the pale orange sky overthinking about almost everything. An introvert turned extrovert turned ambivert who loves to play soccer and guitar. Finds peace & tranquillity in the mountains or in exploring pathways less trodden. Can relate to Ross from F.R.I.E.N.D.S , blushes at compliments & lives by the phrase, ‘whatever it takes’.