So are you thinking to binge on a TV show which will get you going for the rest of this weekend? Well, trying to find a proper TV show is kind of difficult task. So how about we find something better for you so that you can be all ready and set for this amazing weekend which lies ahead of you?

Horror TV show is a type of commitment which cannot be made by everyone. For example, you might start watching one show and then switch onto the next one just because the first show was terrifyingly gore. Has this happened to you, ever? Well, don’t be ashamed because you are not the only one. According to recent studies and reports, it has been found that people who have started watching one show have always shifted to the other due to loss of interest at the peak time or waiting too long to be amazed.

It is often recommended to never go for a show which has a huge number of seasons attached to it. What good is it? You will start watching season 1 with a great deal of enthusiasm and commitment and then just lose your mojo at the end of the last episode. What makes a show great is the ideal requirement of both a good script and better actors who can portray the characters and bring them to life. If you are watching a TV show where the actors are just down with their own actions and they are just outright boring on the screen then will you continue watching that show? No, you wouldn’t.

Directors need to make cliff-hangers at the end of seasons so that the whole audience gets hooked and waits for the next season to be out. No one wants a show where the endings are predictable and you know whatever is happening is just what meant to happen. So here are some top 10 horror TV show which you can binge watch this weekend without the feeling of being extremely bored by it.

Have you ever watched Psycho? If you have and loved it already then you are in for a perfect treat. This TV show deals around Norman Bates and his mother (played by Vera Farming). It can be called a prequel to Psycho but you have to decide it for yourself. This show is so much more than the film and explains the origins of the abdominal condition of Norman Bates and her psychotic mother. There are also some nail-biting scenes which will keep you completely hooked at the end of every season. There are some twisted plots and surprises which are meant to keep you awake. There are almost 5 seasons of this show so before catching up with the events of the movie, you will have to watch them all understand well!

Quiet town, strange demi-monsters and a bunch of kids. This may sound kind of absurd but when you see these kids kicking asses on this TV show, you will start loving them instantly. No spoiler but there is a main character called Eleven and she will make you fall in love with her the moment you see her on that TV screen. It has an 80’s vibe kind of attached to it so that makes an additional point of loving this TV show. The main protagonist of this story is the Shadow Monster which hunts all the children and their small town of Indiana. With each season, the episodes get more spine-chilling and amazing! 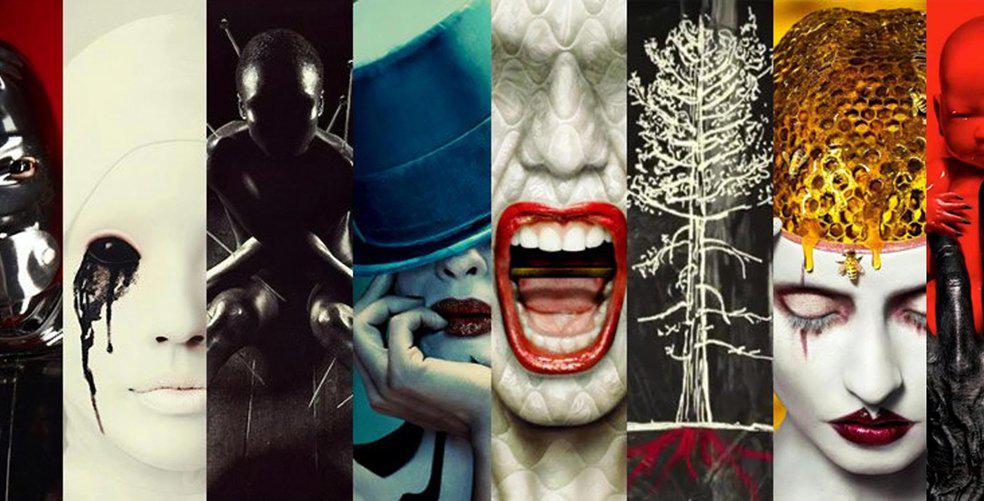 One long-running TV show which never loses its charm, you can definitely binge watch this show for the rest of your weekend. The season starts with a house known as the murder house where every occupant of it was murdered by some evil spirits who have lived there for ages. Trust me, you are in for an amazing treat with AHS. Well, there is Jessica Lange whom you’ll find in each and every season and you’ll start loving her! The second season is called Asylum and it is voted as the top rated episode ever made in history. So if you haven’t watched it already then it is high time that you should. Each and every story is based on a prime and central point. There is Even Peters being the eye candy of many viewers and playing different roles with each role being better than the previous one.

4. The Haunting of Hill House

Netflix and a horror TV show which has been ranked among the best by its critic? Sounds ‘good’ to you? Well, this TV show has made into the top 10 by air for the first time within this year. It definitely has some gasping moments where you will find yourself getting caught in the whole set. The script, the actor’s and the dialogues are so finely crafted that each and every monologue spend will seem like a properly executed act to you. Based on a Shirley Jackson novel on the same name, Haunting of Hill House is a major watch for every horror TV show fanatics out there.

Based on a similar concept of Stranger Things, Dark is a German version of that show for grownups (mostly). But as you all are thinking, it does not have an age requirement so anyone can watch it. There are some dark relationships which are uncovered in this show which will get you hooked once and for all. Also, there are some gore scenes which you can skip only if you want!

One of the greatest TV show ever made which will make you fall in a relationship of both love and hatred towards Mads Mikkelsen. There are killings, eating and what not to show the real character of Hannibal Lector and what a man he was! He will kill and cook and eat his victims and even some of them to his guests! It is a brilliantly crafted show that will keep you on a hook. And let me warn you with something, this show is extremely graphic and gruesome. Sometimes you may gag by how the skins of the people are being removed on your TV screen and how well the director has captured it!

Now, what’s better than sci-fi and horror coming together to bring you to the edge of your seat? Well, black mirror is a critically acclaimed show which has a large base of fans from all around the world. The show will give you mind-blowing episodes which will keep you thinking that why it happened and what actually happened?! With an episode called ‘White Bear’ which deals with the modern society and how we are troubled with our very own selves, you will find why this show is treated to be a top-rated Horror TV show. Basically, this show will teach you that you shouldn’t trust anything or anyone around you and how literally the smallest of matters can destroy or kill you instantly.

Watch it if you are an urban legends fan. Made by the Creepypasta network, there are mind-boggling stories which will keep you on a hook till the end. It is similar to AHS and that’s definitely a pointer out there. It consists of some of the most unique horror stories out there which are based on upcoming issues which you will absolutely love. It is an absolute watch if you want something new and fun into your boring TV show list.

Do you love zombies, walking all around and creating a complete chaos? Well, Walking Dead is a great adventure to go on with. It is ranked as the most popular TV show in the entire network platform and there are fun reasons to watch it as well. What’s better than a long weekend and a show full of human killing monsters? Well, human biting mobsters as you must say. The walking dead may seem boring at times but it is advisable not to lose interest. If you can power through the first few episodes on a gulp then you are in for a great ride for the rest of your weekend. Plus there are different antagonists and protagonists who will make you root for them. The main character Rick is so much relatable that you will start sympathizing with his troubles as soon as you know him.

The name of this show is itself a dreadful thing, get the pun eh (poor pun, excuse me)? This show has a gothic experience to it which you will absolutely love for sure. This traces back to the old Elizabethan times when there were sensational contents and a lot of pulpy matter to keep a focus on. This show is concentrated over Penny and her adventures with monsters and witches as you will see. There are a lot of mature contents so I am giving you this warning to watch it alone, maybe?

So what are you waiting for? This is an amazing list with the top 10 horror TV shows which can keep you up all night (or maybe not if you are a strong heart). Let me advise you that watching a TV show is a gradual commitment so if you choosing to go for a one then choose something which has a small number of seasons to it or just ends with one season. Not everything is like The Office which can run anytime and every time and no one will ever get bored of it, seriously!

So have a nice weekend with a list that cannot wait to thrill you enough!

Meghashree Das
I write and I write a lot!