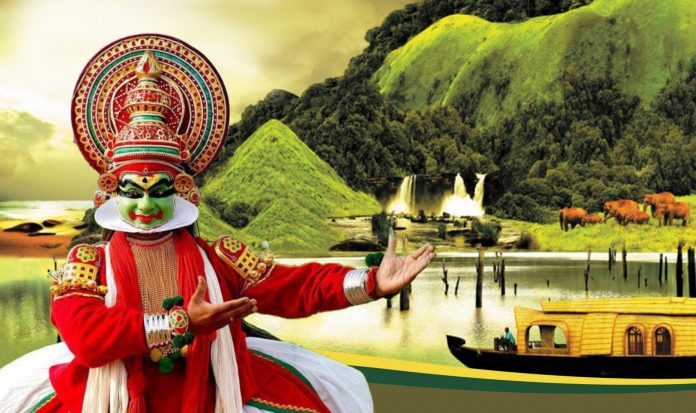 Kerala mahnn!! What a place, what a scenery, what people, what a food..  waaah!! Kerala is one heck of a place.

Have you ever been to Kerala?? Yeahh!? Then especially your say on Kerala would be the same I believe. Kerala is one such tourist spot that has grabbed much attention from  local and foreign tourists. You would be wondering why all this too much Kerala talks above.

well … I personally have a bond with Kerala, I am from Kochin (Cochin)and I can proudly say I am a Malayali.

Hi .. i am  Aishwarya presenting this blog to you travel freaks and others out there, about KERALA!! And why you should travel at least once to Kerala. So fasten your seat belts I am off to take you to an extraordinary imaginary journey to the one and only “Gods own Country”, our own Kerala.

The year through balanced climate is one of the gifts of Kerala, in a year it is blessed with two monsoon seasons which contributes enough water to the crops and rivers. Most of the districts are sharing the border with Arabian Sea, hence Kerala has many flooded and beautiful beaches. Kerala is one of the major contributors of tourism revenue in India. The dense forest in south Kerala and the beautiful hill stations attracts Indian and foreign tourists.

These are the top 10 reasons why you should definitely travel to Kerala at least once in your lifetime. You would not want to miss any of these things from your perfect holiday plan. 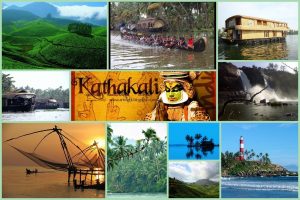 Kerala “Gods own country” is one of the most popular tourist destinations in the country. Kerala is named as one of the ten paradises of the world by National Geographic Traveler.

Laze on the Beaches: 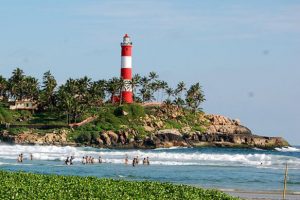 Kerala is home for many fine stretches of sand – Beaches which attracts both domestic as well as foreign tourists. Kovalam beach (near Thiruvananthapuram) is among the first beaches in Kerala to attract most of the tourists. As per the latest tourism survey, Kovalam is the most visited beach in the state. Other such beaches are Varkala and cherai Beach (Close to kochi).

Experience the Kerala beachside fun with hot fish fries(made on spot) and divine Sea food. Rise and shine early morning to find the local fisherman return with their catch of fresh fish.

Feel the beauty of Hill stations: 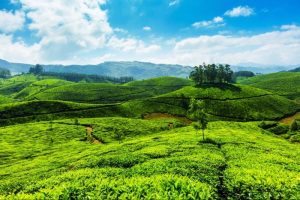 Eastern Kerala consists of land encroached upon by the Western Ghats; the region thus includes high mountains, gorges, and deep-cut valleys with waterfalls.

If it’s too hot out there, grab your backpacks and escape to the nature, a hill station and relax with the cool, fresh and breathtaking views from the hills. One of the famous hill station being ‘Munnar’ and ‘Wayanad’ which have thick blankets of green shades is definitely the favorites of most tourists.

The view over tea plantations is rather mesmerizing scenery.

Kerala is one of the main centers which have healthy spice production. Kerala is famed for its rich production of pepper called “black gold” and “King of spices” by most people because of its price and rich quality.

Even at present there is huge demand for spices from Kerala. Wayanad and Kumily are some major spice plantation centers. 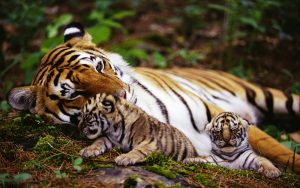 Most of Kerala, whose native habitat consists of wet evergreen rainforests at lower elevations and highland deciduous and semi-evergreen forests in the east, is subject to a humid tropical climate. Periyar wildlife sanctuary is home for Tigers and leopards and is one of the main attractions for most of the adventurous tourists which consists of Thekkady forest reserve and Backwater Lake.The boat service in Periyar River and forest trekking will be the evergreen experience for all the tourists.

You have not enjoyed Kerala unless and until you see the Elephants pass by the roads; Wayanad is one of the best places to spot elephants.

Kerala is not just home for tigers and elephants, but also wide varieties of birds and other such species of rare found butterflies. 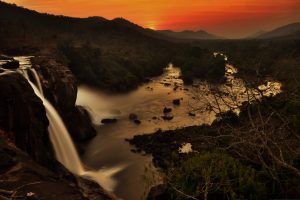 Speaking of Nature and beauty how can someone miss out the beautiful and ever flowing Waterfalls in Kerala?

There are few most beautiful and marvelous waterfalls which can really seize your legs for a while. Are you someone who loves listening to the sound of the waterfalls?? Then get ready to feel the beauty and elegance of Athirappilly, Adyanpara falls, Aruvikkuzhi falls and other such waterfalls in kerala. 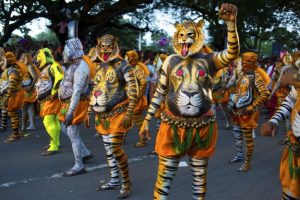 Have you not yet been a part of Kerala’s colorful festivals yet??

The major festival in Kerala is Onam, celebrated by most malayalis of Kerala irrespective of their caste; onam is all about drawing colorful flower rangoli (Designs) and having a yummy feast called “Onam Sadhya” (One should never miss this – because you get to have the yumm only once a year).Speaking of onam not to miss the “Vallamkali”(Boat race), and “puli kali” (Tiger play) you have to experience the energy and positive vibes and have fun.

Kerala has a number of religious festivals. Thrissur Pooram, Attukal Pongala, and Chettikulangara Bharani are the major temple festivals in Kerala.

There are particular months in which each festival is celebrated, join the Keralites in their festival celebration.

Kerala is also famous for its beautiful backwaters.There are two ultimate popular backwaters destination namely Allepey (called Allapuzha) and Kumarakom attracting most of the tourists and travellers.

There is nothing as relaxing as spending a few days in the house boat, listening to the sound of mild water waves and the birds chirp and feeling the cool Kerala wind.

The backwaters in Kerala are very promising and ensure you a relaxing and chilled out holiday during your travel in Kerala. The mesmerizing beauty of the waterways would capture your soul completely.

As we know Kerala has abundance production and supply of rich spices and medicinal plants; Kerala is home of Ayurveda an ancient medical science based on medicines and oils extracted from plants and trees. This is being practiced in India from over Centuries. Ayurveda is the natural way of healing any complex problems that require attention. One can just not say no to the Ayurveda treatments which has properties to relax your body and mind. 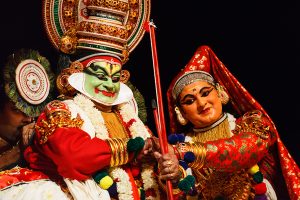 Kerala has a variety of artistic forms. The Major performing arts are koodiyattom,  kathakali,  Kerala Natanam, Chakyarkoothu and mohiniaattam. However, most of the art forms being largely played to tourists or at youth festivals in Kerala.

Additionally, a considerable Malayalam film industry effectively competes against both Bollywood and Hollywood.

There are several other ancient ritualised arts that are of Keralite in origin; these include kalaripayattu. 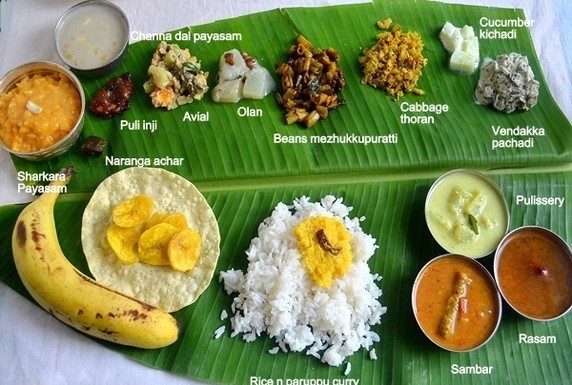 You should try the yummy Kerala Cuisine at least once in your life; there are varieties of dishes one would never want to miss. And also if you are a foodie person, trust me the Cuisines taste would remain at the tip of your tongue.

The major Food of Kerala include “Puttu and kadala” (Rice cake and channa curry) along with the exclusive Keralite “Pazham” (Bananas).Other items include Dosa chutney, Idly and kerala sambar, Idiappam and stew, chicken fry etc.

Also not to forget the “Onam Sadhya” a perfect lunch of 14 varieties of dishes served on a plantain leaf, along with 2-3 varieties of sweets (Payasam) on the day of Onam.

This is not the end of it, also there are more things that can attract people to Kerala, I only handpicked a few reasons this time. So, are these reasons not enough for you to visit Kerala once? Take back some happy and cherished memories during your stay at Kerala

KERALA!! Welcomes you!! Do visit!!

12 Creepy Cursed Objects From Around The World You Won’t Believe Exist!