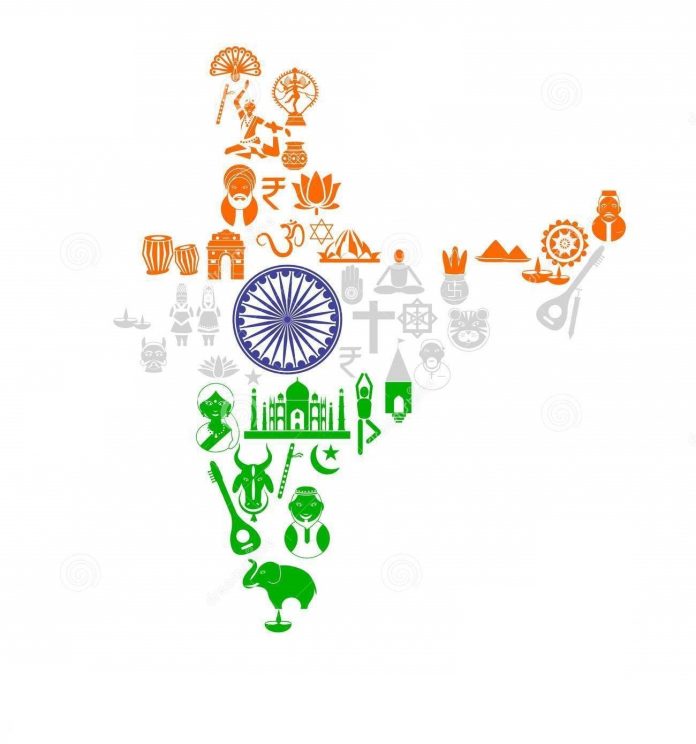 “Where the clear stream of reason has not lost its way into the dreary desert sand of dead habit, where the mind is led forward by thee into ever-widening thought and action into that heaven of freedom, My Father, let my Country awake.” -Rabindranath Tagore

Beginning from the base- NO country can be a Utopian nation, no country is immaculate and without faults but to make a country perfect, one can definitely endeavor to execute it, to improve it. Considering India’s present scenario with the demographic build up of the nation, the level of freedom that the Indian constitution has provided to its citizens proves to be one of the best working models of a successful democracy. Yet, it has a number of blemishes engendered from the cradle and it is not impossible to eradicate these impediments to make our Nation the best place to be. “Dust is only removed when one becomes a part of it.” Most of the issues are linked with each other. For instance, one of the ubiquitously disturbing obstacles which is undoubtedly prevalent all around the world but most talked about in India is corruption.

Corruption, according to Google, is the dishonest or fraudulent conduct by those in power, typically involving bribery. Someone once very accurately stated, ‘Corruption begins in the mind.’ One pervasive solution to any and every problem is ‘change the mindset.’ Altering our thinking can definitely help eradicate such issues. Yet, this (changing mindsets) is something which cannot possibly happen overnight and cannot be achieved merely by stating it. What changes the heart and mind is spirituality and this is something which would mean ‘religion’ to a lot of people. I would want to point out here that religion cannot be touched. Spirituality is the non-materialistic approach to any sort of problem. It is an integral part of Education where you train your mind with careful emphasis on inculcating higher values which is precisely called ‘value-based education’. This is where we learn what is right and what is not, whether you ask a person for something you want or you steal it. A spiritual perspective makes one evaluate actions in terms of their results- a major factor in having a sense of responsibility. And thus we see how corruption is a phenomenon of the materialistic lot of the society whereas spirituality is of an evolved society and we realize the significance of being educated which is the solution to a lot number of burning issues in the current scenario. Another issue that has become inevitable is Poverty. While we consider the progressive literacy rate in India, it is 74% of the total population that is literate and aids in the economic development of the country. Yet, there is room for value based education to them and the remaining 26% of the illiterate lot. Another serious barrier here is that females in India are not provided with Education and other amenities because they were born females. This preposterous yet alarming issue has been expunged from a number of places in India yet is rampant even today. Thus, arise the quandaries that women go through here. Beginning from those that have been engendered by our ancestors and are still practiced today- Dowry. Dowry is the amount of property or money brought by a bride to her husband on their marriage. The system has been so fostered by our predecessors that it is a ritual for the marrying woman and her family to give something to the bridegroom in return for nothing. Nobody questions these unreasonable practices but just follows them because everybody else is blindly a part of it. Nobody questions their parents as to why the brother is considered superior to the sister.

The patriarchal society procreates a bias against females and the dowry system is the reason stated for female infanticide that too has become embedded within Indian culture. In this, the female child is deliberately murdered brutally before even taking birth into the world or thrown away/burnt after being born just because she is a female. According to women’s rights activist Donna Fernandes, “some practices are so deeply embedded within Indian culture it is almost impossible to do away with them. India is undergoing a type of ‘female genocide’.” Even if the subject isin’t willing to be a part of such abhorrent customs (read: crimes), our society makes sure they are a part of it. Education, again, is the only key which can make a society realize that it is erroneous to commit such offences and it is how the victims get courage to raise their voice against it. Likewise, rape or sexual assault is one of the most barbaric and inhumane crimes which is initiated by one or more people against the person’s consent.

India has been delineated as one of the “countries with the lowest per capita rates of rape”. One perspective that I personally have here is that fear of punishment needs to be instilled in the minds of Indians. Until there is proper punishment for those who commit such brutal crimes, nobody will be afraid to perpetrate an immoral action. Is it not because of the delay in legal proceedings that make criminals feel that they will not be convicted in their lifetime? The law is required to be strict for the wrong-doers like that in Saudi Arabia where the punishment for rape, or for that matter any other crime like murder, drug trafficking, robbery, and apostasy is public beheading or in China where the rapists are killed by firing a bullet at their spinal cord and castration or Egypt where they are hanged until death. Also in other countries like North Korea, Afghanistan, Iran, Greece, the assailant is punished with incarceration. All of the above problems actually exist because India lacks Gender quality.

Women are still not given the due respect because of orthodox, uneducated people that are present around us. “Every drop counts to make the ocean,” why can’t YOU question people around you? And why not defeat them with logic and reason? Keeping this aside, we have the population issues. India is the second most populated country in the world with a whooping 1.25 billion people after China. Even though China is ahead us in this regard, the government there has awakened to lessen the number by creating strict laws permitting only one child per family. Even if not one child, our constitution can be strict enough to incorporate laws proscribing more than two children per family. This will avoid the families in rudimentary areas giving birth to a dozen children just because they want a male child.

We need to keep in mind that change begins only when YOU decide to change yourself. The steps are small but only when we begin initiating them will we ever able to make our Nation near perfect.