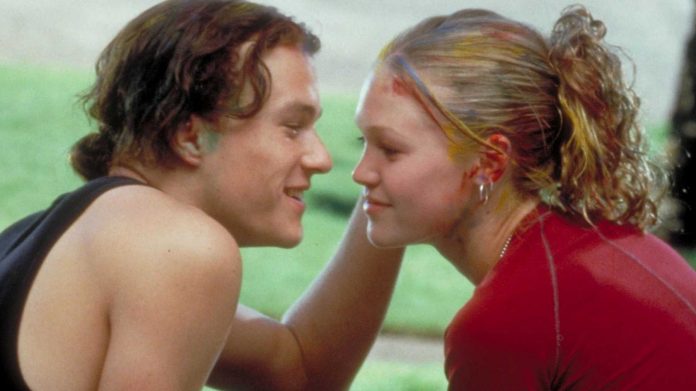 Life imitates art. The movies of today are simply the legends and fairytales of the old. The concept of storytelling has gone on for millennia. As more storytellers have added to this, there have been more to adapt from it. We have legendary poets and writers midst our civilization who’ve indeed brought out its beauty. Their stories today not only tell us of the life back then, but they also tell us that we have not changed after all.

One of the most famous figures in English literature is William Shakespeare. A master playwright, his sonnets on love and plays of drama are performed and read out loud even today. Not only is he acclaimed for most of what is the movie culture, but he is also one of the strong standing pillars of the English education system. Remember when you were utterly bored to death in your ninth-grade English lesson as your teacher droned on and one about Julius Caeser? Not the salad, the play by Shakespeare.

Well, the reason you were so bored was because you aren’t supposed to read the play in a classroom setting. You have to act it out, with all the characters, props, the works. And some film directors have taken this to heart and have incorporated some of the best classic literature. Here is our list of the top ten movies that are actually from classic literature.

In a very meta way, A knight’s Tale is an adaptation of the famous Middle English classic, The Canterbury Tales. The movie takes on a medieval adventure comedy genre, telling the story from the perspective of young squire William Thatcher. Thatcher is a squire for Sir Ector. The movie begins with the squires learning of their knight’s death right before the final pass. Devastated and yet motivated, Thatcher decides that instead of withdrawing from the tournament, he should impersonate his knight and win the final pass.

He does win and then decides to participate in more sports. On his adventures, he meets a young destitute Geoffrey Chaucer. And the rest is history. The movie is a direct interpretation of the famous Canterbury tales, almost as if Geoffrey Chaucer had seen all of it and made it into a book. The film is a delight to watch and the best part? It has Heath Ledger in it.

If you have seen the Lion King, I’m sure you’ve gotten the inkling that you have seen this concept before somewhere too. And that feeling is because you HAVE seen this particular concept before. Before Lion Ling came out as a movie in 1994, all of Disney’s animated film adapt themselves from the Grimms book of fairy tales or the works of Hans Christian Andersen. It was only with The Lion King that the studio began experimenting. The studio took a lot of elements from a variety of stories to concoct the masterpiece that was The Lion King. Some of them were the Biblical Story of Moses and Joseph and William Shakespeare’s Hamlet though the movie is more from on the Hamlet.

8. Pretty Woman – Based on Pygmalion.

Much lesser known than the rest of its Greek counterparts, Pygmalion is one of the only happy endings in Greek Mythology.  As the story goes, Pygmalion is a sculptor and an artist. One of his most fabulous creations is a sculpture of a woman, one to be that of the most beautiful woman in the world. Such is the devotion of Pygmalion to his sculpture that he falls in love with it. Taking pity on him, Aphrodite gives the sculpture life and the name Galatea. Pygmalion and Galatia then live happily. Pretty Woman shows a wealthy businessman pick up a prostitute from the streets to accompany him on one of his business meetings. The movie shows him literally making her into a ‘refined’ woman from who she is, and then fall in love with her in the process.

If there’s one thing we know about today’s movie directors, it’s that they love William Shakespeare. A simple answer to this would be that Shakespeare’s plays are to be timeless. They appeal to our base emotions, toying around with our minds and getting us engrossed into the story. One such comedic masterpiece is The Twelfth Night. And the movie She’s The Man, made in 2016, is based on it. Full of comedic love triangles, misidentification and a cross-dressing woman, She’s the Man is hilarious as hell. And it has Channing Tatum in it. Go figure.

This movie is the story of one innocent, straight-laced, genius student Olive Pendergrast. Olive is a good student and an even better friend and after a series of unfortunate events, decides to help out her gay friend stop getting bullied by pretending as if she’s had sex with him. However, when her friend ends up confessing this to another ‘oddball’ friend, they start approaching Olive to pretend to have sex with them the same way.

They do this to save their reputation but end up tarnishing Olive’s in turn. When even her close friends turn on her and call her names, she ends up embracing her identity as a ‘scarlet’ woman, an adulteress. It is in parallel with the story of Hester from the classic The Scarlet Letter. Hester’s forced to wear an A on her clothes and is subject to public humiliation for her act of adultery. While the classic, like most classics, does not have a happy ending, the movie does.

The movie and the classic both go by the same name and have mostly the same plot. The stories speak of two rivals, ex-lovers even, in the book, whereas they are step-siblings in the movie. The book is an epistolary novel of these two ex-lovers boasting about using their powers of seduction to manipulate others. The book is in the form of letters from various people, and the story sees itself from multiple biased perspectives. The movie is a teen dark romance drama, where both step-siblings challenge each other to conduct evil acts and the resulting consequences for both of them.

4. Bridget Jones’s Diary – Based on Pride And Prejudice.

Most love stories copy an element of their romantic side of the story from two of the most famous romance classics ever, “Romeo and Juliet” or “Pride and Prejudice”.  Carrying some vital elements of a good romance, Pride and Prejudice shows you how maybe at times, there is no such thing as love at first sight. And that there could be hate at first sight. The book traverses through misunderstandings, trials, tribulations, love, hate, anger, jealousy and keeps us thoroughly entertained. And while Bridget Jones’s Diary has many of the same elements, it doesn’t quite reach the mark. However, it remains a cult classic, just the same.

3. Ten Things I Hate About You – Based on Taming of The Shrew.

This William Shakespeare play has been subject of scrutiny for decades, by scholars and historians alike. Do its misogynistic undertones transfer into the movie adapted from it? Not. Ten things I hate about you is a beautiful teenage romance-drama adaptation of the play and derives the basic concept from the film. The movie is fun to watch, with the lovely Julia Stiles depicting the characteristics of Shakespeare’s ‘shrew’ and being our favourite character despite it. We also have just two more words about this movie. Heath Ledger. Watching a 1999 Heath Ledger is a real delight to the eyes.

2. Warm Bodies – Based on Romeo and Juliet.

A romance, as is evident, Warm Bodies is an apocalyptic zombie version of Romeo And Juliet. And we mean this literally. The two leads, go by the names, Julie and ‘R’. And the whole movie is about them running from the skeletal zombies and the ‘survivors’. Coincidentally enough, the head of the survivors is Julie’s father itself. I would have called this movie a Romeo Juliet rip-off already, if it not for the zombie side of things.

The cult-classic that defined rom-coms for the decade, Clueless was as good as it comes. Clueless was, in fact, the wholesome version of Mean Girls before Mean Girls was fresh. Loosely based on Jane Austen’s ‘Emma’, Clueless is a movie based on one girl who seems to think she is the best matchmaker in town. After a fluke turning outright, she decides to pair up her other friend with a popular guy at school. Unfortunately, the guy seems to like her more than her friend, and her entire plan falls through. Her attempts get dismal and end up driving her friends away, but it all ends up working out. The movie stars the beautiful Alicia Silverstone and the dashing Paul Rudd.

I hope you liked our list of the top ten movies based on classic literature. Leave a comment if you have any more suggestions! Happy watching and reading! 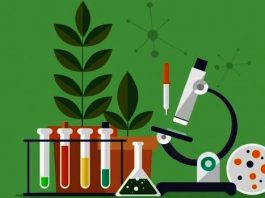 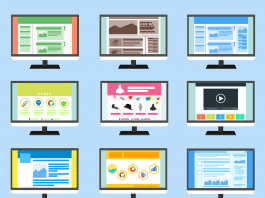 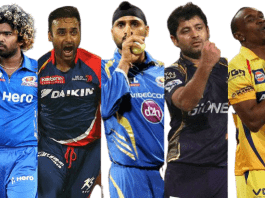