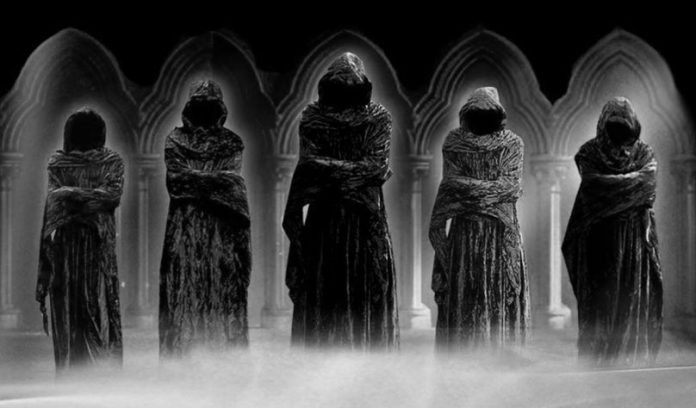 The mysteries across the globe from the ancient history has always grabbed our attention. With such advancements in science and technology, we assume that there is hardly a possibility of unanswered scenarios. However, history has always found one or the other ways to intrigue everybody. The researcher within us wants to learn more and more whenever we hear about unsolved secrets from the history. Secrets left behind for which we cannot receive the answers directly are always intriguing to us. There is a thrill in digging up from the past to find the answers and learn what our ancestors has left behind. All of it becomes a huge circle of treasure hunt.

The more we dig up to the past, the more questions arise within them. With every puzzle from the past, we realize about the thousands of secrets hidden within. The secrets, the stories, the myths and the legends from the old days have got to be some of the most interesting things to read about. There are millions of puzzles across the globe waiting to unveil. Fortunately, we have found quite a few enigmatic artifacts and chronicles from the past.

Voynich Manuscript is a 15th century cryptic letter written in an unknown language (possibly coded). The written document consists of several writings, drawings of non-existent plants and nude pictures. The manuscript has the carbon dating of early 15th century of around 1404-1438. As it the world’s most mysterious encoded document, it has gained attention of a lot of linguists, cryptographers and researchers across the globe. However, till this date nobody has been able to dig the secrets in the document and the information in it remains a mystery. It is impossible to find out whether it is a document with excessive details from the history or just a prank running over the centuries. What do you think?

The mystery of the ship “Mary Celeste” has intrigued everyone for years. The ship was an American merchant brigantine to transport cargo. The ship was set to sail on 7th November, 1872. It sailed with a captain, his family and seven crew members. However, it went missing on 20th December, 1872 and deserted to the Atlantic Ocean. After years, when the quest for searching the ship was successful, its only lifeboat was missing whereas, the cargo was still intact. The ship was in the perfect condition and the last entry on the log book was on 7th November, ten years ago. None of the sailors were never seen or heard from again, according to the Smithsonian magazine.

On August 23rd, 1912, the Dunbar family took a fishing trip to a nearby Swayze Lake in Louisiana. Their first-born child named Bobby Dunbar went missing on the trip. After 8 months of investigation across the nation, they found the boy in Barnesville, North Carolina. The boy was found with William Walters and his wife Julia Anderson and was claimed to be Anderson’s son. However, Julia could not afford a lawyer when the case was presented in the court. As a result, the Dunbar’s won the custody of the child. After a DNA test, in 2004, the reports were revealing that the boy was not Bobby Dunbar at all. The real question remains, what happened to Bobby Dunbar? Remains unanswered. The search of his body in the river or nearby did not give any results.

You might have witnessed spread of a disease through water, human contact or air which is quite understandable. Have you ever heard of a dance disseminate among a large group of people which ultimately led to death? Sounds strange, right? That was the case, when a woman started dancing in the street of Strasbourg in 1518. People started joining her to dance on the streets for days. The dance went on for about weeks and around 50-400 people accompanied the women. As a result, the brutality became so high that people started dying dancing on the street. About 15 people per day had died dancing, however, there was no end to the conundrum. The plague eventually stopped after a few weeks but what caused it still remains a mystery. Well, we knew dance can be contagious but we could never have imagined the extent of it. The exact number of involvement and deaths remain a secret till date.

The Lost colony of Roanoke

The establishment of Roanoke island took place in 1585 by 115 English settlers. Located in the off coast of modern-day North Carolina, US. The new settlement’s governor, John White decided to sail to England to procure more supplies. He left behind his wife, daughter, son-in-law and his granddaughter Virginia Dare (the first English child born in America). However, when he returned with the supplies in 1590, the whole colony was missing. White found the whole island empty with the word “Croatoan” carved on the wooden post. Croatoan was a neighbouring island, so there might be many possible sides of the story. Nonetheless, what happened to the people remains a mystery till this date.

The cases of murder of around 5 women were reported between August to November in 1888. The police were receiving multiple letters from a person, all of them mocked their investigation. All the letters were challenging the police to arrest the killer and had the signature of Jack the Ripper. The 5 women in further investigation turned out to be prostitutes. Multiple theories and stories are speculating over the years about the serial killer. The real identity of the killer was never found out. However, all the people linked to the case has now been long gone, so there is no possibility of finding the answer. So the mystery still persists.

The Ark of the Covenant

You must’ve been familiar with the movie “Raiders of the Lost Ark” associated with Indiana Jones franchise. The story of the Ark of the covenant links to the Israelites in around 550 B.C. The Israelites created the Ark when they were hiding in the Sinai desert. The Ark holds two tablets having the engravings of ten commandments on them. However, In 587 B.C. When Babylonians invaded Jerusalem the Ark went missing and has been a topic of debate ever since. The Ark was having some magical powers, according to the Hebrew Bible. The curse of Israelites follows the ark, as whoever possesses it gets the curse. The speculations of Philistines catching a disease or a tumor due to capturing the Ark which led to them returning is also a popular tale. However, at the end of the day, the Ark is vanished and nobody knows where the original Ark is.

Here are just some of the many tangled mysteries of the past. We may not have answers directly but let’s hope to find some interesting outcome of these conundrums. Also, do tell us if we have missed any interesting mystery. Which one was the most thrilling for you?