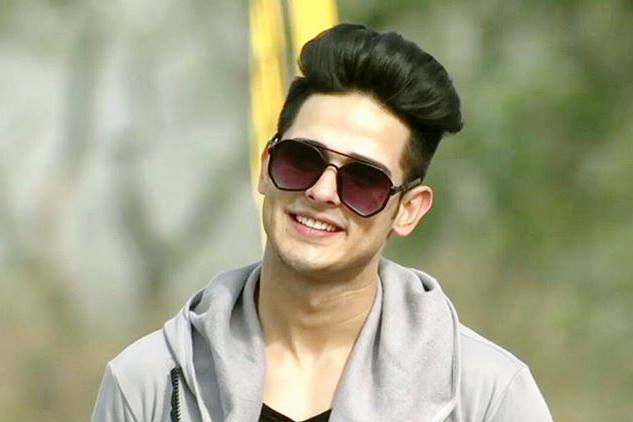 Priyank Sharma is a 24 years old model, dancer, choreographer and actor, who made appearances in reality shows like Splitsvilla 10, Roadies and Big Boss. He was born in Delhi on 2nd August 1993. He took dance classes from Shyamak Davad’s Dance school and danced in his troupe, initially.

Priyank Sharma comes from a middle-class Punjabi family and he had been reportedly dating his Splitsvilla partner Divya Agarwal. He has a younger sister named Anushka Starma. He was also rumoured to having dated Shaza Morani. He has reportedly had an affair with Benafsha Soonawala as well.

He started off his career as a dancer in Shyamak Davad’s troupe, and worked in it as a choreographer for 3 years. Eventually he discovered his knack for acting and used his charming persona and good physique, to get a role in an episode of ‘Pyar Tune Kya Kiya’ Season 10. Though he eventually auditioned for Roadies and Splitsvilla, he got the offer of partaking in one of the most controversial reality show in India—Bigg Boss Season 11. The year 2017 was lucky for him because he bagged a spot in all three reality shows that year.

Priyank Sharma met Divya Agarwal on the platform of Bigg Boss 11 itself, and nobody knows what is true and what isn’t, when it comes to this reality show. Everything seems to spark controversy and everyone seems to get offended by each other. Divya, after leaving the house of Bigg Boss, consistently spoke ill of Priyank Sharma, right from the time she entered the platform of Ace of Space. She accused him of cheating and of being immensely disrespectful towards her. When things begin to blow out of proportion, Priyanka is forced to speak up on social media. It is difficult to understand if its just a publicity stunt to keep oneself in the spotlight, or genuine allegations out of a heart break. After being evicted from Bigg Boss, Priyanka confessed saying that there came a point when he actually wanted to quit being a part of the show-but he also says that he has matured as a person during his stay there.

Roadies is a reality show game, where people are selected via auditions all over the country, and then they are made to compete with each other through various difficult tasks. The judges of season 14 were Ranvijay Singh, Neha Dhupia, Prince Narula and Karan Kundra who was later on replaced by Nikhil Chopra. Priyank was in Nikhil’s gang in this season, along with other contestants named AM Chinanjeevi, Rahul, Khushnuma Pathan and Prabhjodh Kar Siddhu. During his auditions, not only did he impress the judges with his swift dance moves and finesse, when he was asked to lift a man weighing 125 kgs, he succeeded and received a huge round of applause for it. Though he didn’t win the game, he was definitely one of the most popular contestants there.

Priyank participated in Splitsvilla and his popularity increased a lot because of it. Splitsvilla is an MTV reality show which revolves primarily around young boys and girls trying to secure a place in the villa. Here, there is a King and a Queen with dumping powers coupled with endless drama.

Apart from these three shows, Priyank was also seen to having participated in some other shows like Laal Ishq, Puncch Beat, Kitchen Champion and others.