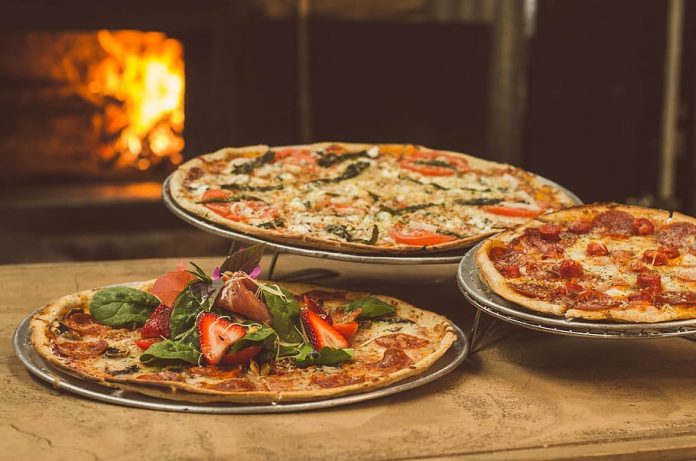 The history of pizza, sadly, remains unknown to many; despite the immense popularity of the dish! From New York-styled to Chicago deep dishes, and from thin crust ones to hand-tossed ones, there is some or the other variety of pizza that is everyone’s favorite.

In fact, pizza is one of the most favorite meals of people all across the globe. And this popularity also owes to the fact that this is such a versatile dish. You can go minimal or overboard with the toppings. You could add as little or as much cheese as you want to! Pizza is so easy to customize, that even food joints prefer to have a good recipe on their menu.

It is no surprise that so many countries have claimed to be the creator of the world’s first pizza.

Read along to find more about the history and origin of this delightful dish.

The history of this delicious dish

Back in the Neolithic age, flatbreads and oven-baked breads were really common. They have a lot of similarities to the modern day pizza. In fact, you could find these breads in all regions across the globe.

However, it was only in the 1600s that the bakers of Naples prepared the dish that was actually termed as the pizza. This pizza was sold mostly to the poor people, who used to spend a lot of their time outside their small homes. The people would purchase pizzas by the slice, and consume it as they walked on the streets. Interestingly, contemporary Italian authors have termed these eating habits to be ‘disgusting’!

The invention of the Margherita Pizza

In 1889, King Umberto I along with Queen Margherita visited Italy, and traveled via Naples. By that time, they had grown bored of their French cuisine. Thus, the Queen asked to try different varieties of pizzas. The baker Raffaele Esposito of Da Pietro Pizzeria created a special pizza for the Royal Highness. He made a dish with red tomato sauce, white mozzarella cheese and green basil leaves. These were the colours of the Italian flag. The Queen fell in love with the combination and the taste. This is how the famous Margherita Pizza was born. In fact, the pizza was named in the honour of the queen.

The spread of the popularity of the dish

Till the late 1800s, the pizza was extremely popular, but only within Naples. It was only when the Italians started migrating to America that the popularity of the dish spread further. Gennaro Lombardi opened the first pizzeria in the US in 1905. He started to sell pizzas in Manhattan. And this is how the story of pizza in the United States begins.

Here is a fun fact. While the location has changed, the pizzeria is operational till date. And they have the same oven that they had back in 1905! By 1930, pizzerias began to pop up in different parts of Boston, New Jersey and Manhattan. 1943 saw the introduction of the Chicago style pizza. However, despite all the popularity, pizza was still considered to be a poor man’s food. Post World War II, when the US soldiers returned home from Europe.

The emergence of pizza chains and food joints

Pizza became truly popular only after fast food chains popped up. In 1958, Pizza Hut opened, and then 2 years later, Dominoes opened too. Papa John’s opened in 1989. All of these were centered on making pizza widely available to the masses. And when frozen pizzas were marketed, it became a popular frozen meal.

Today, there are these chains and outlets in all parts of the world. Pizza is a much loved food, that people of all cultures, genders, and age groups enjoy!

How to make your own pizza at home

You would be amazed to realize how easy making a pizza actually is! Of course, preparing the base does take some time. But once you get the hang of it, it is an easy though time-consuming affair. And once you have had your own homemade pizza, there is no going back to a store-bought one ever again!

A pinch of salt

Oregano and chilli flakes, to taste

You can even change the toppings as per your liking. You can add chicken too, if you like that. Pineapple and ham is also another classic combination.

Let us know which pizza you baked in the comment section below!