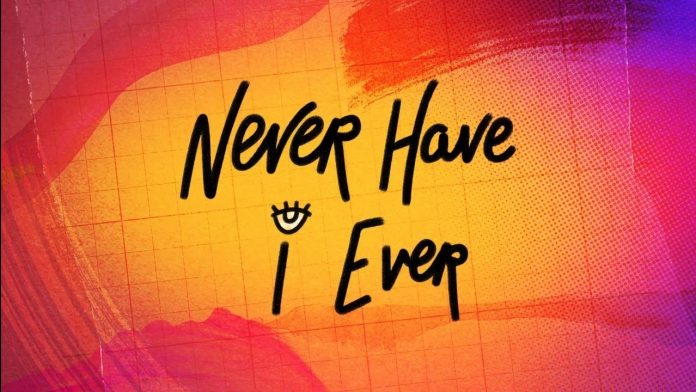 Netflix has been gracing us every day with new TV shows and movies to watch. And it’s no surprise that some of them are from the teen dramedy section. Despite having a reputation for always releasing those Hallmark-style rom-com tv shows, Netflix seems to have pulled through this time. Never Have I Ever is not just one of the best TV shows on the site right now. It is also accurate in a lot of ways.

Never Have I Ever has stars you have never even heard of. But it also contains all the plot to make it into a potential gold mine of a show. After disappointments such as Chris Hemsworth’s Extraction and Vir Das’s Hasmukh, Never Have I Ever manages to surprise pleasantly. The series goes to show that you don’t need blockbuster actors on your roll to get out a beautiful story. You just need the beauty of a simple plot that Never Have I Ever carries.

If you haven’t seen the series yet, I recommend you to. And if you do heed my advice, steer clear of this article, for it is full of spoilers. So before I begin, I’d like to declare a major spoiler alert officially!

What Is Never Have I Ever Even?

Never Have I Ever is the story of an Indian-American girl, Devi Vishwakumar and her coming of age story. While most stories explore the protagonist’s developments, sexual escapades and whatnot, Never Have I Ever does that and more.

Devi Vishwakumar was 16 years old when she lost her father to a cardiac arrest. Her father was gentle, kind and her best friend. The loss of her father hits Devi hard. And though the show starts on a very light note, there are pepperings of her trauma through the preliminary episodes too. Devi loses her ability to move her legs for an entire school year after her doctor’s passing. Despite there being no physical issue, the show suggests that this could be from mental trauma regarding her father’s death. The end episodes are all about the feels. And the emotional moments in the first episodes are so fleeting you could miss it if you blink.

Is The Show All About Devi?

Well, it starts as being all about her. Traumatic past aside, Devi has two best friends, Fabiola and Eleanor, who are as different as can be. They love each other and accept each other for what they are, which is very sweet. Fabiola is the head of the robotics club of the school. Eleanor, on the other hand has a flair for the dramatic and is in the drama club.

The show starts with Devi mourning over her lack of capability of getting a boyfriend and not losing her virginity. There’s even a clever yet cringy segue of her praying to Hindu gods. She’s asking them to make it up to her for the last semester. How, you ask? Well, it’s not much, just giving her a boyfriend in this one. She even decides that she and her friends have to step up and take the mantle of the cool kids. She assigns boyfriends to each of her friends. This is all because she figures that dating guys would be the best way to move up the social ladder. The girls, though unwilling, go through with the plan.

Also read: Do you know Money Heist was a Big FLOP?

And this is where the story delves more into the lives of the friends, and other characters in general. It turns out, Eleanor already has a boyfriend, has had him for an entire semester. She just didn’t want to show Devi that she had one before her to bring down her morale. The friendship throughout the series is both extraordinarily adorable and touching.

Fabiola is a study in herself. She does begin as the generally clueless butch lesbian who doesn’t know she is gay yet. And then through the episodes, we follow her journey of self-realisation, and her learning to embrace her sexuality. There is a very, light airy feel to the way the show approaches sexuality. While typical, there is nothing about it that feels fake. Her coming out to her friends, her parents and herself doesn’t take up the screentime. Fabiola remains the side-character that she is, but the journey of her discovering her sexuality is beautifully and very simplistically done.

Also read: ‘Friends’ star cast is back with a bang

Why Is Never Have I Ever Different?

Never Have I Ever has a hidden facet to it: the element of surprise. The show comes off as a dramedy with a touch of sadness in it, but it leaves you with a punch in the gut. The show explores a family struggling to accept the loss of a loved one. The trauma, the coping, the numerous trials and tribulations of a teenager through it.

It is very refreshing to see loss from such a non-heavy perspective. At the same time, the casual scenes of Devi’s or her mother’s PTSD are so jarring because you end up expecting this show to be lighthearted. It is almost like the creators of the show decide to time their incredibly feels-filled moments right in between one of Devi’s teenage tantrums. One minute you are mad at her for behaving so pettily, and the other moment you are in empathy of all that she went through.

Other aspects of the show that we did not mention are how real it gets with Indian culture. We are sure that no American Indian parent would let their daughter move out at 16 and live with a white boy for even a few days at a time, but everything else seemed down to pat. You shall get the reference. The Ganesh puja, the college kid’s reminiscence about being proud of your own culture, the first Indian things every parent does, all of it reminds me of how Indian I indeed am, and it does the same for Devi too. And it is in those reminders of the show that we really feel it’s connection to us.

Hats off to the narrations by John Mac Elroy and Andy Samberg. Mac Elroy was a delight to listen to, despite his narrative giving us the feel of an early 2000’s movie and Andy Samberg was the cherry on top of that cake. Right when you think you are going to tire off of the show Andry Samberg a.k.a Jake Peralta swoops in and saves the day. All in all, Never Have I Ever is a delight to watch. Despite it being a little on the verge of predictable and annoying. The show reminds you that sometimes, there is nothing more you can do, other than going with the flow and hope that everything will be alright. And in true Indian fashion, always, always listen to your parents.