A look at Delhi’s Cultural and Traditional Places

Delhi is a cosmopolitan city and people from all parts of the country live here and embrace new ideas and lifestyle. Delhi doesn’t have its own culture but is influenced by the people of different cultures living here. From time immemorial Delhi has witnessed the pomp of different traditions and cultures and was the center of attraction for prominent people. Delhi has a rich history of cultural places. Take a  look:-

Sikh history in delhi is prominent. Sis Ganj Sahib, is one of the nine historical gurdwaras in Delhi, situated in Chandni Chowk in Old Delhi.

Built in 1783, it marks the site where the ninth Sikh Guru, Guru Tegh Bahadur was beheaded on the orders of the Mughal emperor Aurangzeb, on 11 November 1675 for refusing to convert to Islam.

Also, it has a small museum which will give you a brief about the Sikh history. So go and seek blessings.

The name is enough to storm a sense of Mughal Dynasty. This enormous palace was the residence of the Mughal emperor for nearly 200 years and was Constructed in 1648 by the fifth Mughal Emperor Shah Jahan. This place takes you back to the fifteenth century and you can imagine how a society of Kings and Queens would function.

It opened on the 1 February 1977, and focuses on the rail heritage of India. It has Diesel Simulator, Steam Simulator, Coach Simulator and one can enjoy a ride on these. It also has some historical rails and engine like Patiala State Monorail Trainways and Fire engine.

This is one place in Delhi where you can see history and emergence of modern lifestyle together.  It consists the Hauz Khas Lake or Royal Tank, a mosque and a tomb, all from the time of the Khilji Dynasty to designer boutiques of fashion designer like Bina Ramani to restaurants, bars, pubs and cafes.

Dilli Haat is a traditional permanent market run by Delhi Tourism and Transportation Development Corporation (DTTDC) and was opened in March 1994. Dilli Haat has become a venue of crafts, music, dance and cultural festivals. Also, the stalls have the authentic wares from all around the country.

Set up by K. Shankar Pillai, a political cartoonist,the  Museum has a large collection of dolls consisting of gifts from Prime Minister Jawaharlal Nehru and many more national and international prominent figures.  It consists dolls from UK, USA, Australia, New Zealand to Asian countries, Middle East, Africa and India.

C R Park is home to a large Bengali community and so is also known as mini-bengal. It is is home to Kolkata-style street-food stalls,Bengali cuisine, fish markets, temples and cultural centers to the famous Durga puja which is celebrated here with great enthusiasm. Go and enjoy a puja at Chittaranjan Park Kali Mandir.

It is one of the oldest Church buildings in New Delhi and its construction began in 1930. It is a Roman Catholic cathedral belonging to the Latin Rite. Go and take a glance at the architecture and furniture of the Church.

Dedicated to Goddess Katyayani, this is the second largest temple complex in India. The architecture is mind-blowing and is totally constructed from marble and on all the facets there is jaali(perforated stone or latticed screen) work. So take a look at this marvelous and beautiful temple and rejoice the ringing bells of the Aarti. 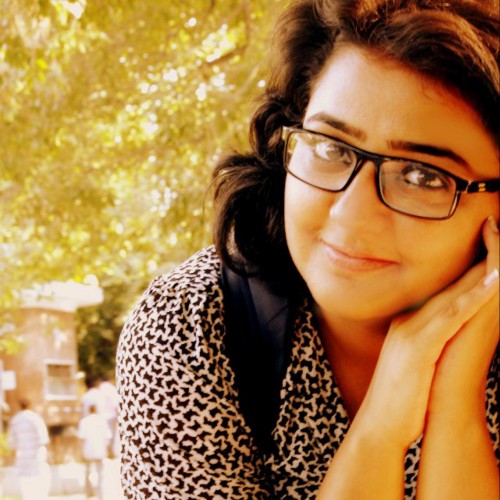