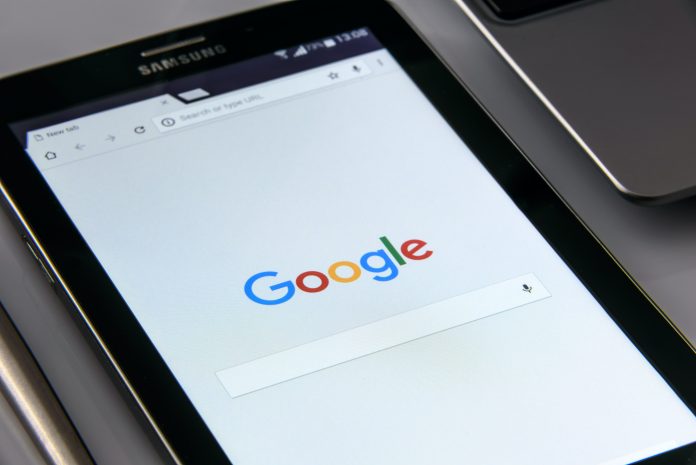 Founded by Larry Page and Sergey Brin, Google is now the most sought after website for all of our ifs and buts. It is regarded as the second most valuable brand, first being Microsoft. Previously, Google was an obedient digital dog, used for retrieving stuff, a place where internet users played fetch over and over again.

Started as a research project in 1995 at the University of Stanford, Google is a big 367 billion dollar “G”, we know and love. Today this technology colossal chases fleshy and meaningful bones. Now it requires the fastest internet speed on the planet, rendering human drivers obsolete and no longer satisfied to fetch links alone.

Where Google is seen today has crossroads full of juicy bonne bouche trivialities, crossing milestone after milestone to climb the mountain cliff. Google’s meteoric rise is attributed to various facts that are of unknown quality. In this article, I try to bring some of the lesser-known facts about Google and how you can learn more about it.

Also read How to finance your full-time travelling?

A job in Google is still an unspoken dream, an ambition for every technology and engineering grad around the globe. The company’s reputation in mighty proportions of creativity, imagination, amazing work-life benefits, and tranquillity for its staff is as lucrative as seeing all your dreams come true. Once you visit the office at Google HQ, with swimming pools and the campus styling parlours you will know why people dream of working with Google, apart from the other qualities that it offers.

Being the world’s most creative and progressive brand, its facts in this article will leave you in awe. Initially, when Google started, it was capable of processing 50 pages per second and today Google’s capabilities make it enough to engineer literally millions of pages per second.

The first Google search engine used 10 4GB hard drives. All of these drives were provided LEGO casing. Stanford University has kept the hard drives on display, even today. From the 10 4GB hard drive to more than a hundred million GB of data, Google’s trajectory growth promotes insane qualitative abilities that make it the most preferred job for millions today.

Read on to learn what you missed!

Also read: Why choose a career in digital marketing

The co-founders of this revolutionary search engine we know today met by destiny’s even probability. Larry Page was earning his engineering degree from Michigan and later thought of attending Stanford University for his Ph.D.

Sergey Brin was already a Ph.D. candidate there back in 1995. As fate would have had it, the most brilliant minds in the world met, and eased technology for us.

Google’s homepage is known for Doodles, depicting a constant change of logo graphics. It is enjoyed by millions today. These graphics mark an event, or an anniversary, or a special day universally celebrated. The first Doodle invented by Google proclaimed a message for “out of office”.

This happened when the co-founders took their much-needed break, a weekend off, and celebrated the Burning Man festival in Nevada. They made users aware of their absence by creating the burning man Doodle, added it to the Google homepage to keep away technical issues or a server crash report.

The Co-founders of Google, and now of Alphabet Inc. did not dream of starting their business initially. Google was offered as a search engine system sale to Yahoo. However, Yahoo rejected the proposal.

You would be surprised to know that Google has an unofficial motto. It is known as “don’t be evil”.

How many of you have heard about PageRank? It is the patent to Google. It is the algorithm used by Google search. This algorithm functions as a way to rank web pages in accordance with the search engine results.

Named after Co-Founder Larry Page, PageRank is now used as a way to measure the importance of a website. Stanford University still owns the patent for this algorithm.

Garage To The Rescue

Anne Wojcicki, CEO of YouTube let her garage to the Co-founders of Google. It was on Santa Margarita Avenue. Later she became employer number 16 and the first marketing manager for Google.

The year 2000 is marked as the first year for an April fool’s joke. April fools joke was released when Google announced its capabilities to read minds with searches called “Mentalplex”.

None of the co-founders were aware of the HTML language. As such when Google first run, its homepage became notoriously sparse.

Larry Page and Sergey Brin wanted to use a simple user interface. The submit button in Google was discovered years later. Until then the return key on the keyboard acted as a submit button for Google.

Have you heard of an IT company renting goats to cut down trees and bushes on its campus? Well, it is not one of Google’s April fools Day jokes, but Google rents goats. Absolutely right.

A company called California Grazing rents goats to Google at the Google headquarters. The first operation began, with a total of 200 goats. The idea is thought of as a kind gesture to the environment and they found it cute to see goats grazing on those grasses instead of the lawnmowers butchering grasses, regarded as a part of their green initiative.

Google was displeased with language and definitions. The Oxford Dictionary and Merriam Webster added Google as a verb in the year 2006. Google wanted to be the only search engine providing answers to every questions raised. Fighting a losing battle, today “just google it” gives answers to all your questions.

The company Wanted users to use Google when they are referring to Google inc and not switch to any other form of search place to look for answers. Now 14 years later, any form of the unknown subject can be raised to this massive search tool “Google”.

Google has a fun job policy. It is a super dog-friendly company. It is a delight for the company to rename dogs that accompanies its employees. Less senior staff are allowed to bring their dogs to the offices. Google welcomes them.

However, cats are not treated the same way. Google’s code of conduct has affection for its canine friends. It exceptionally mentions that they like cats but they are a dog company.

Google has affection for a deathly beast. The Googleplex has one site to be seen. This site arresting all your attention will be the gigantic T.Rex skeleton. The Skeleton is named Stan after a real Dinosaur.

Along with the T.Rex skeleton, Google also has various forms of campus decorations in the form of a replica of a SpaceShipOne, pink flamingo’s, Google colored phone boxes and grown-up ball pits. This might be enough to give you the idea of how the Googleplex is far from the dull world we think IT jobs can be.

Search to work option, yeah, that’s right. Google uses an interesting web tool for recruitment. This tool is named as Foo.Bar. Based on the search results, a person has the chance of getting hired.