Faceapp and Data privacy: A crime that went unseen

While 2020 is sucking all the joy out of the lives, let’s rewind time and look at one of the weirdest trends. The trend that took over the internet exactly one year from today – Faceapp and its related data privacy issues.
Ever thought about how one is going to look in his/her late 60’s or 70’s? Or how one would look if he/she was born the opposite gender? Well, we don’t have to think about it anymore, because we apparently have an app for it- FaceApp.

FaceApp was a viral lark that answers all the above questions. It can even transform one’s expressions using the ‘neural network’ artificial intelligence technology. In short, an app that hits all the sweet corners of curiosity of today’s tech-savvy youth. FaceApp has been around for 3 years now. Back when it was launched in 2017, the app exploded in social media feeds. However, at that time, its data collection policies were downright saintly. The fact which really highlighted the app was its blackface filter. The filter applied a lighter skin tone to its dark-skinned users. This feature was ultimately deleted for obvious reasons and protests and the app went sort of cold. Until in 2019 when the FaceApp aging challenge gained momentum and popular celebrities got involved.

Soon, it topped the charts and became the most popular free app in 156 countries, including India. It surpassed even the social media giants like ‘Instagram’ and ‘YouTube’.
Viral photo challenges aren’t new in the realm of social media. So why this newfound hullabaloo about an app?

Data privacy has always been important. It’s why people put locks on data cabinets and pay for safety deposit boxes at their banks. But as more of our data becomes digitized and we share more information online; data privacy is taking on a greater concern. In simple terms, Data privacy relates to how a piece of information—or data—should be managed based on its importance. For instance, one likely wouldn’t mind sharing his/her name with an unknown website in the process of basic registration; but there’s other information he/she wouldn’t share like credit card number, mobile number, and so on and so forth.

To understand the severity of the issue, let’s take a look at one of the FaceApp’s terms of service where it went creative and put some interesting statements. The terms, concisely that, once anyone signs up and uses the app, the company can do pretty much whatever it likes with the user’s photos. It could plaster a wrinkled version of his/her face across a billboard, website, or the side of a skyscraper, and he/she would have no legal recourse. And it’s not even the scariest part of their fine print. Let’s take a keen look at Section 10, 15 and 17 of the world’s one of the most controversial terms of service.

Section 17 clause gives Wireless Lab, the owner of the app, the right to change the terms at any time, and that the company simply have free will to choose if they want to notify the users with the updated terms online. Conclusively, there would be nothing to bar the company from suddenly imposing a usage charge, and the only way to find out would be to continuously check the terms of use for updates, or one’s App Store-linked bank account for withdrawals.

Section 10 states that you will “indemnify, defend, and hold harmless” FaceApp and its “officers, directors, agents, partners and employees” from “any loss, liability, claim, demand, damages, expenses or costs” relating to your use of the app. Basically, one cannot sue them for any loss or injury he/she suffers through the app (such as damaged reputation or embarrassment caused by Wireless Lab using your photos). It also means that the user agrees to cover all legal fees for third-party claims against FaceApp arising from the usage of the app, yet you surrender all control over the legal action. In stark terms, this means a user can’t sue FaceApp, and if you try, then congratulations! You would be picking up the bill.

And at last, Section 15, the clause which will make one regret their mistake of not reading it in the first place. Section 15 of FaceApp’s terms all but bans users from taking legal action against the company. They’re only permitted to lodge small claims (that too to certain limits) or seek specific court intervention. They’re otherwise required to resolve all legal disputes through confidential arbitration held in California. Thankfully, one can opt-out of this provision – but he/she only has 30 days from the day of registration to do so, meaning most of the app’s 100 million existing users enjoying the perks of data theft are already too late. For those who have recently bought the hype, the clock is ticking. You can opt-out by sending written notification to:

You are supposed to include your full name and clearly state your intent to opt-out of binding arbitration. If you do this, standard Californian law holds and you regain your legal right to sue if you want.

Also Read The new educational approach 2020: A turnout after 3 decades.

A test we failed

We’ve known that FaceApp was controversial and still turned a blind eye to the underlying issue. We know that facial recognition is troubling and that “deep fake” technology can be used to create stunningly realistic videos of a person using just the images of their faces. And yet, when a user clicks accept without reading the terms, the company can say, “we warned you already, now bugger off.”

What can be done?

Playing it safe and blaming FaceApp should be an easy call. But everything is relative, and it’s unfair to zero in on one problematic app when the entire internet is riddled with glaring privacy concerns, to the point where we’ve grown somewhat numb to them. As one article’s headline goes, “Do you think FaceApp is scary? Wait until you hear about Facebook.”

For most of us, sacrificing some privacy in order to enjoy the fruits of the internet is unavoidable, but unless we see the bigger picture highlighting data privacy concerns, we’ll need to get much, much better at drawing lines for ourselves. 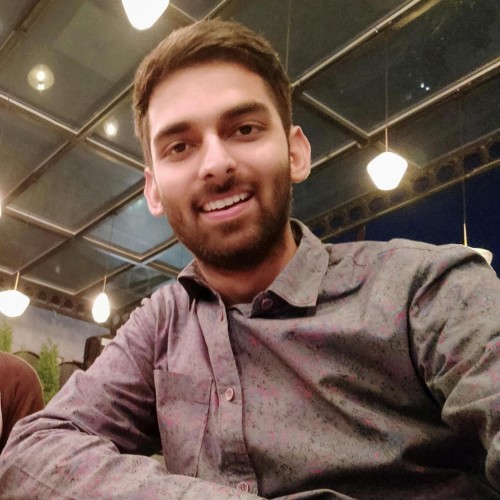