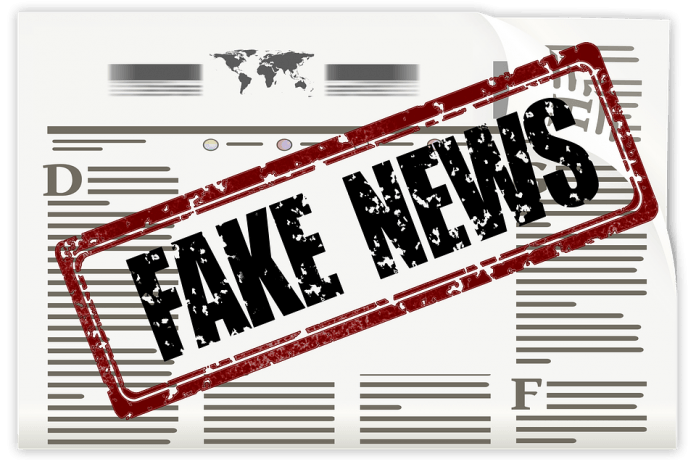 The notion of ‘fake news’ has become the greatest concern for democracy that creates bigotries and stereotypical ideas of susceptible to online media and other social groups is certainly not a new phenomenon. Different open sourced media platforms are the fundamental and vulnerable medium in constructing and escalating the speed of spreading of the fake news. The platform of social media has become the most commonly used that have been swamped with the barrage of different misinformation but, frequently catches the way to the mainstream media too. The advertisement and marketing of constructed fake news often based on the melodramatic or sensationalist or absolute fictitious captions to upsurge the readership and attract the audiences intends to deceive in order to devastate particular agency, individual, group of people or any political parties. And, in the media platform, it earns significant advertisement revenue from this kind of activities as a consequence. Notwithstanding, a number of standpoints such as difficulties to identify the fake news, responsibilities of media companies, underlying cause in constructing such fake news and its distribution process have been moved forward and discussed through different perspectives.

The context and debate of fake news have emerged recently but it is evolving rapidly and has flourished in recent years to a significant extent. Thus, in promoting media literacy, it is no longer considered as ‘educating the readers’. Instead of educating the readers it delivers misinformation and redirects in spreading the falsehoods by manipulating the emotions of the viewers or readers. Indeed, it has become a legitimate concern for the putative sources of news that actually motivate and convey the media literacy and hence the trusted sources are at severe jeopardy of being drowned out by the issue of fake news.

Nowadays, people get news from dynamic sources and do follow especially social media significantly. Relying on social media on breaking news that unfolds people to keep in touch with the latest updates has become quite common. In such situations, the unverified information even after the long point of released may encourage anecdotes. And, it is often challenging to recognize the actual credibility. Publication of contents in social media profile have turn out to be a very facile technique to entice an enormous number of readers, viewers or followers. It does not only mislead and deliver the misinformation to the audiences but also generating a large amount of revenue to the publishers. Fascinatingly, young people most passionately do use social media which are considered as least trustworthy. And, as the consequence, there are numbers of grim violence are reported as the aftermath of speed of spreading the fake news. Different violence such as: communal violence, political violence and crimes are quite common reported kind of violence especially in south and south-east Asia region.

Contextualizing the deconstruction of the fake news in the perspective of youth, it is reported that youth people are the most susceptible in dispersing the fake news. Youth people do visit the fake news sites more frequently than other. And, possession of weak and delightful emotional sentiment, cognitive bias, lack of intellectual power on the recognition fake news, the youth people are the mostly intend in sharing such news in social media platform that lead to ultimate violence. The augmentation of dispersing the fake news has been turning out to be a greatest concern in global world. In this digital age, the misinformation or fake news depreciates the long-standing institutional conviction. A crucial part of that strategy should involve media literacy training and equipping news consumers with tools that will allow them to gauge the legitimacy of the news source, but also become aware of their own cognitive biases. The problem will only get worse without proper action as more people get their news online and politics becomes more polarized.

Top 25 Most Intelligent Dog Breeds in the World