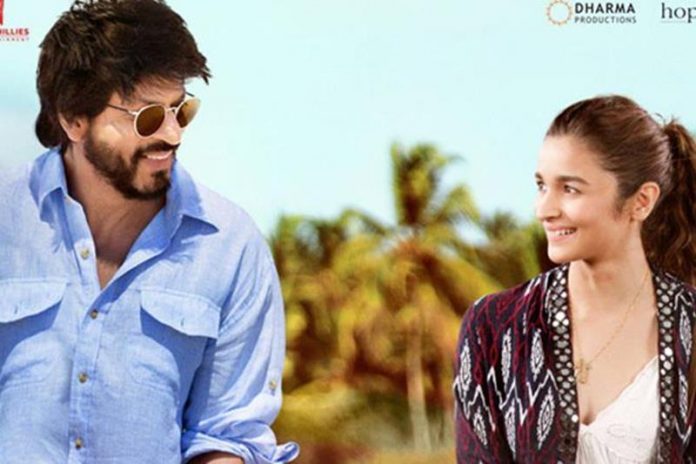 This movie celebrates life and promises to turn a frown face into a happy one. We are smitten by the ‘love for Zindagi’ showcased by SRK and Alia. The movie is an ode to love and life, befitting that Kausar Munir has penned down this song with minimalistic lyrics talking about life which is full of hope. The trailer rejuvenates us and we can’t wait anymore for the movie to hit the theatres. Everyone has problems in their life and a movie like this will help to eliminate that black cloud of despair. In the movie, Kaira has questions about life and Jug will help her to clear her queries.

Star cast of this movie is apt for the storyline. Well-known Shahrukh Khan, as Jahangir Khan (Jug) is projected as a life coach for Alia, as Kaira, who is a college girl. Then there are Aditya Roy Kapur, Kunal Kapoor, Angad Bedi, Tahir Raj Bhasin, Ali Zafar, Siddharth Shukla and Ira Dubey as other star cast.

Dear Zindagi is scheduled to be released on 25th November 2016.

The song, ‘Love You Zindagi’, has been released on SRK’s birthday, that is, on 2nd November. The song is sung by Amit Trivedi and Jasleen Kaur Royal, whose voice added the much needed innocence in the song. This song uplifts our mood in an instant. The song follows a mantra to be happy in life by saying, “jo dil se lage, usey keh do hi, hi, hi, jo dil na lage, usey keh do bye, bye, bye.” It means, do what your heart wants and say goodbye to the unhappy things. Jasleen has also recorded the ‘Raatein’ song for the movie ‘Shivaay’. The simple yet catchy lyrics remind us of another title track from English Vinglish, directed by the same director, Gauri Shinde.

We see SRK in an olive green shirt and Alia in a pink top representing a college going girl and they both are full of life. We see them cycling, talking about independence and SRK recalling his childhood days when he used to play kabaddi with his father on a beach. They show how to relive our ‘zindagi’ no matter what age or what profession we are in.

The next PJ was when Alia said, ‘cycle ko recycle karte ho’ to SRK to which he replied, ‘you have to crack better jokes please’, which is followed by a giggle from two kids.