Say “NO” to Patriarchal Nonsense!

Whenever political, social, or economic issues have had their origins rooted in religion, any attempt to question them, any step towards its termination, has always met with fiery backlashes by the self-proclaimed propagandists of religion. The banning of Triple talaq in one sitting or Talaq-e-bidat in India should have been an open and shut case. Around 21 or 22 Islamic nations have banned Talaq-e-bidat which also includes Islamic theocracies like Pakistan, Sudan, Saudi Arabia, Bangladesh and a few more.

So, the argument that many Muslim religious leaders and followers are putting forward is that the government of India cannot interfere in the beliefs, laws and functioning of any religion or as the Muslim Personal Law Board stated in an affidavit to Supreme Court “Personal laws of a community or religion cannot be re-written in the name of social reform” is totally and completely baseless. Had the banning had anything to do with religion, the Islamic theocracies would not have banned it. So, why is it so difficult to understand that the privilege enjoyed by only Muslim men to give Talaq-e-bidat falls under the discriminatory and gender-biased practices and that going against such practice does not amount to blasphemy? This is a gender issue and not a religious one. 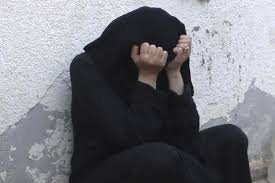 Some very shameful arguments against the banning of Talaq-e-bidat have been stated in the Supreme Court by the Muslim Personal Law Board. They said that if triple talaq is not allowed then a man could burn alive or murder his first wife in order to get rid of her and that “triple talaq ensures a lawfully wedded second wife instead of an illicit mistress.” This statement coming from them only serves to prove that the only reason such men do not want to abandon this law is because they want to continue their licentious and profligate habits and getting rid of them hurts!

When their self-made law gives them the license to practice such debauchery in the name of religion then why would they not sweat and bleed to let this continue. Of course women cannot give triple talaq to their husbands under this sham. That a law like this is favoured by Quran or has any religious testimony is implausible.

Time to be uncaged! 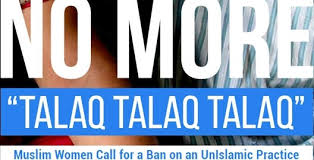 It is also very important to mention that no one from a different religion rose from bed one morning and decided to take this to the Supreme Court. It was a unanimous decision taken by around 91% of Muslim women in India who oppose and condemn this after having suffered over the years under the commonplace acceptance of patriarchy. They live in constant threat of being forsaken and thus, are always ready for terrible compromises. Instances have been recorded where women were divorced by their husbands on WhatsApp, on phone and even in their absence such that they didn’t even know that they have been divorced.

This unilateral divorce system is “un-Islamic” or “un-Quranic.” But when the religious seminaries sanction this law  themselves then the suffering women will be forced to seek the help of the government and the court, that being the only refuge. Moreover, when such laws of other religion that takes away the right of any citizen to live with dignity can come under the scrutiny of the Indian government and law board then why not this? The petition to bring this law under the Uniform Civil Code is the only means to bring justice. Those who do not have faith in the Islamic jurisprudence and Indian constitution will naturally oppose it.

Day by day, the need for machine learning and artificial intelligence field kept on increasing, so the Python Language is gaining popularity. However, You...
Read more

Exercises for a healthy lifestyle

Do you want to feel healthy, wish for more energy, and want to add a long time to your life? Work out. Everybody profits...
Read more

5 Ways to Relieve Back Pain

Nowadays, we lead very sedentary lives where we get a very little exercise. In addition to making people generally very lethargic and prone to...
Read more
Load more

Exercises for a healthy lifestyle

5 Ways to Relieve Back Pain

Big Dams – What Are The Benefits And Problems?

Top 10 Love Stories by Indian Authors One must Read