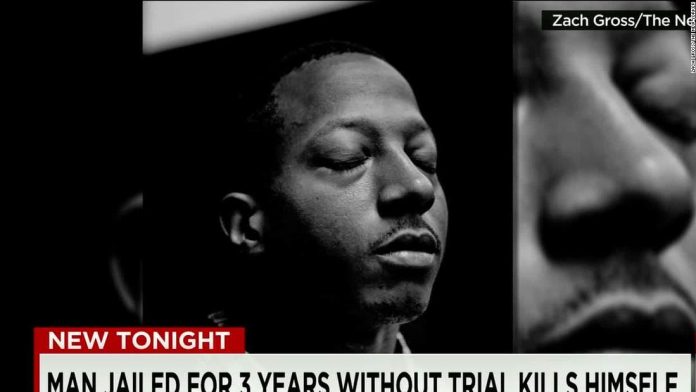 If you are anything like me, Sunday evenings are your time to kick back and relax. A glass of wine and the best true crime documentary on Netflix are the first things that come to mind. I do not understand but there is something about True Crime documentaries that has gotten me addicted to them, as it has you. Stories of the most notorious killers, ongoing cases, closed cases with stories that turn into rabbit holes, true crime is one of the most interesting genres of television.

The only explanation for this morbid interest could be that each of these cases gives birth to our natural curiosity to investigate. And while we cannot go out and do the actual investigation, we have documentaries to do them for us. Here is our list of the top ten true crime documentaries on the internet right now.

Killer Inside: The Mind of Aaron Hernandez.

The latest in Netflix’s series of true crime documentaries, Killer Inside delves into the mind of a very recent murder. Why has it attained the level of popularity you ask? The murder was committed by star footballer Aaron Hernandez, who played for The Patriots. The show not only explored the murders he committed, but the essentiality of who the monster was. Aaron Hernandez was portrayed as a man with deep underlying issues, and his dilibidating mental health due to the sport he played. The show is intriguing, and a humanitarian take on the life of a serial killer. At the end of the show you still don’t forgive him for the murders, but come to feel empathy for Hernandez, and maybe that was intended. (3/5)

One of the most bizarre true crime documentaries I have seen in recent times, Tiger King is one to sit through. The program showcases one of the most epic rivalries between the biggest cat owners in the United States. The cats themselves are massive: being lions and tigers. Instead of tackling the animal cruelty the animal face however, the show focuses on the rivalry between the handlers. The show explores more of the murder charges leveled against one of them instead of the elephant in the room. Which is animal abuse. Animal abuse is obviously a crime in itself and I believe a better series would have been born if the show focused only on that. (2.5/5)

Also read: Paatal Lok: The Answers Are Not What You Think They Are.

Less bizarre and sadder, Don’t F With Cats is a truly horrifying hunt for a psychotic killer over the labyrinth of the internet. Concise and kept short, the show actually does a good job in terms of storytelling and cinematography. There is, of course, a little less of the details in their entirety, and more speculation. The one thing that irks me the most is how we, the viewers at the end are ‘responsible’. The creators ask us if we consider ourselves complicit to the crime because of watching it. (3/5)

The true mark of a good documentary is not just in portraying unbiased facts. It also lies in portraying these facts in such a way that you truly feel the disgust seep into your own bones. If the name isn’t familiar to you already, Jeffery Epstein was a prolific sex offender and paedophile. He was in 2005 and later 2019, arrested and convicted for sexual acts with minors. He is infamous for having an entire ‘sex island’ on Miami where he keeps and trafficks minors to perform sexual favours on influential and wealthy personalities across the world. The documentary is a video feature of the news article in the Miami Herald that covered and exposed his crimes. Triggering and disgusting, we would urge you to watch the documentary at your own risk. All in all it is a pretty thorough investigation and analysis and deserves all the accolades. (3.5/5)

Most stories and documentaries are exposes on a criminal. Longshot is anything but that. Longshot is the story of an innocent man and his alibi. Convicted for a crime he did not commit, Juan Catalan has mere days before he is executed. When asked for his alibi, he claims that he was at a baseball game, but how can he prove his defence to a jury? The documentary goes above and beyond the usual; it makes you anticipate and excite yourself into the culmination of it. (4/5)

I vividly recall a recent Oscar-winning movie, Room, having a story quite similar to this real-life horror. Poor Natasha Kampusch, then 11 years old, taken from her home and kept in captivity for eight years. When she finally escaped, the media circus around her case was massive. She agreed to do this documentary in lieu of getting to tell her story in her own words. The story is touching and horrifying, and you get to see life from somebody else’s lens of the world.

Also read: Police Brutality: It’s Time to Look At Our Own Country.

Not really a documentary, Casting Jon Benet truly focuses on the story that others saw, not what actually happened. The story of Jon-Benet is already infamous, but nobody ever really speaks of the connection everybody else had with it. The documentary sees this connection, of how the story of JonBenet’s death brings out people’s own stories. It sees how they explain parts of what they believe in based on their own lives.

The story is more of a study on the people that audition for the documentary and by extension the general public which embroiled into the media circus. From the point of acquiring information, the documentary is a solid no to watch. But to truly understand the psychology of the people around a murder, and what it is about it that attracts people, there is no better true crime documentary than Casting Jon Benet. (2/5, from the point of view of portraying a purely technical documentary.)

This true crime documentary will feel to you as if its right off a Hollywood movie! The imposter is actually based on real-life events, no matter how hard the events try to convince you otherwise. The story is a young boy, Nicholas Barclay from Texas who goes missing for three years. The family is afraid that they’ve lost him forever, but he returns! The only problem is, the family doesn’t know it is actually Nicholas. And that’s how the story begins! In terms of storytelling, the documentary does a wonderful job sticking to the facts. But we also appreciate the sensationalism thrown in. (3.5/5)

This documentary explores the effects the media presence had upon many murder cases across the country. The jury usually has no prior knowledge of cases before sitting for them. But with cases like these, how would it be possible? And how did the court handle these mishaps? The documentary in itself is a very interesting watch. Some of your favourite true crime stories are under scrutiny. (3/5)

Produced by rapper legend Jay-Z, this documentary is an eye-opener to racial violence. The story explores the life and arrest of Kalief Browder. Kalief was a 16-year-old boy on arrest for the bogus charges of carrying drugs. Put into solitary confinement for 800 days, he had no contact with anyone. The story explores his lie up to his trial for a crime he didn’t commit. With the Black Lives Matter Movement in full swing right now, this documentary is a must-watch to truly understand how the police, hate crime and the US justice system fails its citizens. (4/5)