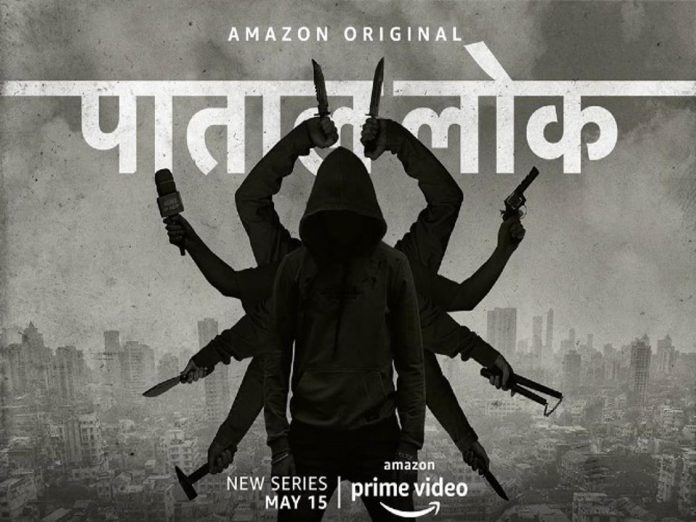 It seems like Amazon Prime Video is not far behind Netflix with the rate at which their releases have been coming. With some excellent additions to the list, it is truly a delight to have these many tv shows to watch. One to add to your roster is Paatal Lok. Paatal Lok is an Indian TV show in production by Bollywood actress Anushka Sharma and Sudip Sharma in the year 2020.

With names like Neeraj Kabi and Gul Panag, this TV show couldn’t escape our sights at all. And once we began, there was no end in sight. The show is gripping, thrilling, and mesmerizing in its cruel way. Its actors are all marvelous, and the story is truly astounding. There is not one thing that we could use to critique the show. One thing is for sure. Pataal Lok was one of the best TV shows we have come across in a while. However, it doesn’t require a second season. There is untold beauty in not exploring a sequel. And we believe that the magic of Paatal Lok should remain intact.

Before I begin explaining and critiquing the show step by step, a firm spoiler warning. If you haven’t watched the show and want a spoiler-free experience, do not go further than this. The following review shall contain a full-length critique of the series, spanning episode by episode.

Now that you have warned, let us proceed.

The Premise of Paatal Lok.

The story begins with a small-time police officer explaining something to his partner and sub-ordinate. He seems to be telling him about the myth in Hindu mythology of how there are three states of existence. Those being, Swarglok – Heaven, Dharti – The Earth and Paatal Lok – which refers to hell. He then denotes each part of Delhi to these three parts of the realm of existence. Ironically enough, the next case that Hathiram Choudary gets involves both the Paatal Lok and Swarglok of the city.

The Story That Creates Paatallok.

Big-shot journalist, Sanjeev Mehra, is allegedly a target of an assassination by a group of four. The four include criminals and alleged criminals Tope Singh, Kabir, Mary Lyngdoh, and Vishal Tyagi, who are currently residing in two small hotel rooms in Delhi. They have been waiting out for the correct opportunity to complete their assignment. However, Tyagi, the lead of this operation, suddenly cancels the job, and they soon leave the motel. Something seems wrong from the get-go of things, as they soon realize that a police car is trailing them. In the bid to escape them, their getaway car slams to a halt, and the police manage to apprehend them. However, this is not before one of them hurls a yellow phone into the water down below. A journalist van there manages to capture all of this on tape.

The local police are soon on the case to charge the culprits with appropriate crimes. Hathiram Chaudary, the police officer we saw at the beginning, is the one with this case. Hathiram Chaudary soon realizes that one of the prisoners in his custody is Vishal Tyagi. Vishal Tyagi, or better known as the infamous ‘Hathoda’ Tyagi. Hathoda Tyagi stands accused of committing over 45 murders in the state of Uttar Pradesh. And this is where you know that Paatal Lok isn’t your run-of-the-mill TV show.

Also read: Putting down the story: Career as a Writer

Paatal Lok has been no stranger to controversy since it started airing on 15th May. The story dives headfirst into the controversies revolving around the bureaucracy. It becomes quite apparent at points that Paatal Lok is not afraid to take shots at the government.

Paatal Lok addresses dangerous topics such as fake news, corruption, and sexual harassment. And in doing so, toes the line between being brilliant and being illegal. There have already been multiple charge sheets. Legal notices have also come up against the show in the wake of many controversial scenes within the episodes.

There is a scene where a pedophile is raping a small boy. However, it is also apparent that the person committing this disgusting act is of Sikh descent. Following the release of the show, AISSF has already sent a legal notice for deeply defaming accusations against the Sikh religion.

The show has also managed to offend both Hindu and Muslim religions. Alt-Right Hindus have come out in a fury against the producers. This fury is for showing the lynching of a Muslim for supposedly eating beef. Beef is cow meat and is sacred to Hindus. In a lot of parts of the country, especially in the Northern states, consuming beef is illegal. While the scene that’s part of the show mimics true stories, they claim that the show is propagating Anti-Hindu sentiments.

A Spool of Never-Ending Twists and Turns.

Paatal Lok is full of a large number of graphic scenes. Despite this, it manages to be one of the best Indian TV shows of 2019 and 2020. It has terrific twists and turns and keeps you on your toes each episode. I have yet to meet a show that manages to succinctly explain every question they have created by the end of it.

No episode felt like a filler, and even the end didn’t seem stretched out. As we reach the season finale, we get a sense of foreboding. We are also able to predict the outcome for all our characters. And it is a very satisfying ending. The show does feel very detached from all of the controversies that it covered before.

There is no hate or propaganda in the work they have created. It feels a lot like the narration of an actual event in our current society. Whether that is a good or a bad thing, it is up to you to decide.

Stream Paatal Lok on Amazon Primevideo right now. You will not regret it.