Conspiracy theory may refer to anything that can be considered to be an explanation for an event or situation that raises doubts and conspiracy in minds of people. This conspiracy is invoked by sinister people and often very powerful people all over the world. This happens in the case when some different explanations seems more fit and suitable to the situation. Conspiracy theories prove to be rather interesting and appealing because of the lack of complete evidence and truth of happenings. Besides, they may also become rather appealing due to several stereotypes and prejudices in the minds of people.

Also see: 10 Countries That Are Impossible To Invade

Contents hide
1 The Reptilian Elite
2 Area 51 and the Aliens
3 Control of the World is in the Hands of Secret Societies
4 Holocaust Revisionism
5 True or False?

This theory was believed to be true David Icke published his first book, “The Biggest Secret” in 1998. He became the poster human to propagate the theory and bring it in the light of the people all over the world. These reptiles were called “the Annunaki” and have apparently controlled the human race since centuries. Icke even claimed that the Reptilian Elite were the ones who were responsible for the creation and running of the secret societies like the Illuminati and the Freemasons. Bob Hope, George W. Bush, Queen Elizabeth, Bill and Hillary Clinton are some of the public figures who are believed to belong to the Reptilian Elite class.

Area 51 and the Aliens

The conspiracy theory about the Area 51 and the Aliens recently gained a lot of impetus and popularity. It is believed that the Area 51 has the remains of crashed UFO spacecraft. This is an Air Force Base area which is about 150 miles from Las Vegas. The government scientists and reverse engineers manage the area and it is considered to be fuelled by highly advanced technology of the aliens. This theory has come up because of the supposed UFO sightings that have been seen in this area in great numbers.

One of the retired colonels have also acknowledged that he was given access to the extra-terrestrial materials that were received from the alien spacecraft that had crashed in Roswell, N.M. there is also a belief that the government is involved in excessive studies related to time travel at Area 51. This is known as the Dreamland or the Groom Lake.  The details about Area 51 are only accessible to the government officials as these are concerned with national security. This is enough to increase the belief in the conspiracy theory that the government is hiding spacecraft or aliens in the area.

Control of the World is in the Hands of Secret Societies

This is one of the most famous and longstanding conspiracy theories that the World is controlled by secret societies. This surfaced when in 2004 talks went around that the members of the White House are part of the Skull and Bones society of the Yale University. However, it is to remember that there are bigger and more powerful secret societies running the world. One of the most famous secret society is the Illuminati. The Illuminati is said to have been formed in the 18th century in Germany. The symbol of this society is allegedly supposed to be the pyramid-and-the-eye symbol that can be seen on the one dollar bill and notes. Their main intention is to foment and start the world wars that would strengthen the favours of a world government to be formed. This worldwide government would be completely satanic in nature.

Another very famous society is the Freemasons. This group is considered to be the “oldest and the largest worldwide fraternity.” It is believed that the Freemasons donate a lot of cash and money to charity. Besides, they are also considered to be responsible for plotting the undoing at the Masonic temples located all over the world. However, there are popular beliefs that member of these societies are not in the shadows and they are a part of the Council on Foreign Relations. They can be anyone and everyone from amongst us and we just would not if we are meeting a secret society member!

The Germans had given an official evidence and an apology as well but the conspiracy about the number of people killed during the Holocaust. The revisionists have put forward a theory that about 6 million Nazis had not been killed during the time of Holocaust. The Iranian President Mahmoud Ahmadinejad was of the opinion that Germany along with the other European states provided the land for the accommodation of the Jews. In fact, the Iranian President believed that the Holocaust is entirely a “myth.”

However, the revisionists other than Ahmadinejad argued that the number of deaths that the Germans claimed were much more than the actual records. They did not oppose the opinion that the Jews had interned in the prison camps at the time of Second World War. Another theory was about the Gas chambers which were a point of interest for many. The ones who denied the Holocaust from taking place argued that the Gas chambers were a mere rumour. Even if they existed, they were so powerful to possess the capacity of killing so many Jews altogether. However, evidence and photographs clearly showed differently.

Also see: Loneliness, How To Get Rid Of It

There are so many evidence and arguments that the defenders of each side of the conspiracy theories prevalent all over the world. Believing them to be true or false depends entirely on the individuals. There are several conspiracy theories about science, inventions, humans, creatures, universe and the unknown, politics and literally everything! The truth or falsity of these cannot be confirmed as there may even more intricate conspiracy theories that may spring from the already existing ones! 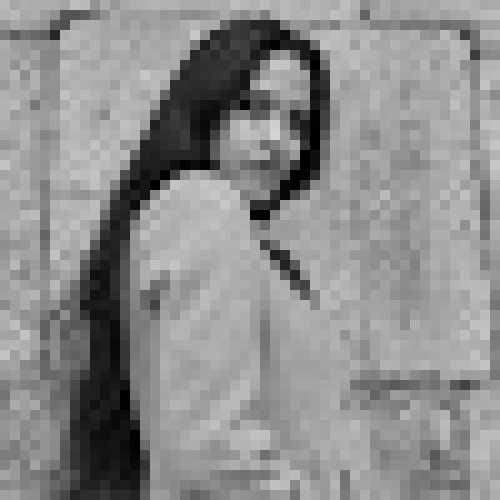 Suramyaa Tewari
Suramyaa Tewari is a content writer who enjoys writing on different informative articles. She is currently pursuing her Bachelor in Arts Degree with Philosophy and Psychology from the University of Delhi. Suramyaa loves to write about various topics as she believes it helps her in gathering more knowledge about the world. Coming from Lucknow, she enjoys poetry and storytelling and likes to listen to music whenever free.