Over the years, the child actors have played some memorable roles in the Film Industry. While some of them chose other professions when they grew up, many of these kids continued to act in movies. Let’s take a look at some famous child actors from the recent past and what they look like now:

Sana Saeed (born 22 September 1988) is an Indian actress and model, who has done various in Bollywood films. She first appeared as a child artist in Kuch Kuch Hota Hai(1998) and continued to do the same in films like Har Dil Jo Pyar Karega (2000) and Badal (2000). She also made her appearance in television shows such as Babul Ka Aangann Chootey Na (2008) and Lo Ho Gayi Pooja Iss Ghar Ki(2008). In 2012, she made her screen debut as an adult in a supporting role in Karan Johar’s Student Of The Year, which emerged as a box-office commercial success and made her more famous! 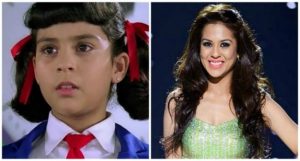 Shweta Basu Prasad, an Indian film actress started her career as a child actress in Hindi films and television series and went on to play lead roles in Bengali, Telugu and Tamil cinema. She won the National Film Award for her performance in the 2002 film Makdee. She played dual roles as Chunni and Munni in the film Makdee. She starred in the film Iqbal, which propelled her to mini stardom and got subsequent film offers. She was also starred in movies like Vaah! Life ho to aisi and Darna zaroori hai. 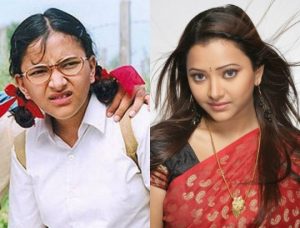 Hansika began her television career with a serial called Shaka Laka Boom Boom, how much we adored that serial and desired that magical pencil throughout our childhood. She later acted in the Indian serial Des Mein Niklla Hoga Chand, for which she received the Favorite Child Award at the Star Parivaar Awards, and appeared as one of the children in Koi Mil Gaya with Preity Zinta and Hrithik Roshan. She did some famous movies like Aabra ka Daabra and Aap ka Surroor. 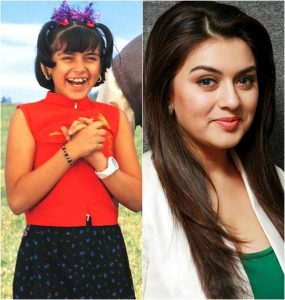 Tanvi Hegde is an Indian film actress. She started her career as a child actress in Hindi films and television series. She is famous as “Fruity” of the children television serial Son Pari and left a deep impact on our minds with her acting. She has also done few episodes in Shaka Laka Boom Boom. Tanvi has been a part of more than around 150 commercials. 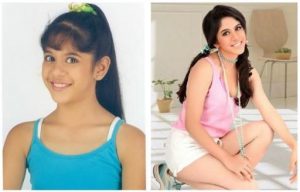 Do you remember that cute girl from Kal Ho Na Ho who had a crush on Shahrukh Khan in the film and desired to marry him? Yes, we’re talking about Gia aka Jhanak Shukla. Apart from modelling for brands like ICICI, and doing music videos, she is also remembered as Karishma in the TV series Karishma Kaa Karishmaa, based on American TV show Small Wonder. A small wonder, isn’t she? 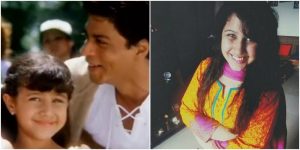 Looking at all the child stars that played a crucial role in shaping our childhood and entertaining us, we all go reminiscing about our childhood. Oh, those were the golden days. Only if we could get it back!