Shivaay the Most Sought After Movie of the Year 2016

“Shivaay” is the most promising action thriller movie of the year 2016. Shivaay has been a red-hot property for the industry, as well as for the audience ever since its announcement. Ajay Devgn brings himself on board as a director with the upcoming Indian Bollywood film Shivaay. The movie is also produced under Ajay Devgn’s own production company, Ajay Devgn FFilms. The movie Shivaay is a big budget movie, the challenging hard work and creativity makes it the great Diwali release. 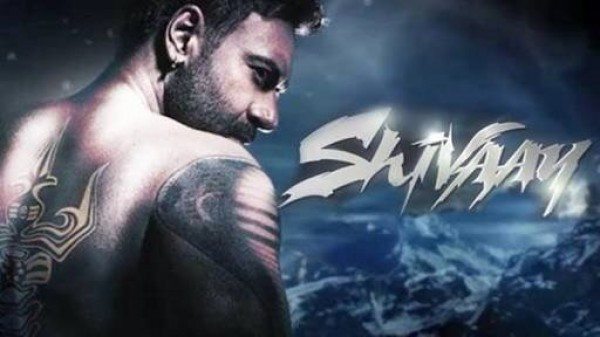 The movie Shivaay, as the name signifies is all about the attributes of Lord Shiva. Ajay Devgn reveals about his upcoming movie “Shivaay” as featuring the imperfection of Lord Shiva and how that makes him to be mighty. Ajay Devgn comments saying, he is a devotee of Lord Shiva and he likes the character of Shiva, as being different from other Gods who are perfect. Shiva is the only God, who loves ‘bhang’. Lord Shiva is called Bhola as anyone could fool him.  He would get very angry, but all of these attributes make him strong and adorable. The actor Ajay Devgn, who is playing the lead role in the film, said the movie is a modern take on the epic characteristic of Lord Shiva.

“Shivaay” is a dream project of Ajay Devgn with a mind-blowing script at hand. The movie is cores business decision and Ajay Devgn has fastened his belt to make the film the most sought after big screen movie of the year 2016. The film has had a powerful backing from Lullas’ Eros International and considering this Jayantilal Gada’s Pen India also joined hands together with a 50-50 deal. The film is an investment of Rs. 120 crores, as Rs. 60 crores both by Pen India and Eros International. The estimate of the film Shivaay being a 120 crores movie, it is strictly from India distribution cost perspective and not including overseas territories and other rights.

Ajay Devgn released the first look poster from his official twitter account on 21 May 2015 after the successful release of the teaser poster of Shivaay.  The teaser poster hints to the adventurous flick as a hand reaches out to a snowy mountain cap, pointing out the extensive shots taken in the peaks of Bulgaria.

The first look poster is a blue-tinted one and Ajay Devgn seems to be attacking an ice monster hanging on an ice cliff. The first look of the poster itself promises huge action.

The movie Shivaay is the most awaited movie of the year 2016 with Ajay Devgn as the lead actor and the director, along with the much awaited casting of Sayesga Saigal as a new comer in Bollywood. The film is scheduled to be released on Diwali, 28 October 2016.

Shivaay is the most anticipated excellent Bollywood movie to be watched in big screen. It is the most promising movie of the year 2016 and will soon be playing in the nearby theaters.