Bhai is Back as Sultan the Wrestler

“Sultan” is an upcoming Indian sport-drama movie of the year 2016. The fans of Salman Khan should be all geared up to watch the Dabangg Khan as the strong and rugged Haryana’s wrestler Sultan Ali Khan. Salman Khan had started his preparations for the role of Sultan as a wrestler under the supervision of a Hollywood fight choreographer, Larnell Stovall. The movie Sultan is going to hit the theaters on Eid 2016, which is expected to clash with Shah Rukh Khan’s Raees that would probably be released on the same date. 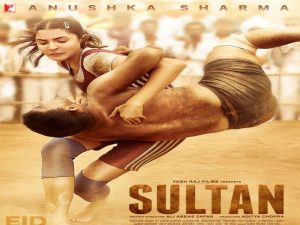 The movie “Sultan” narrates the story of a 40-year-old wrestler named Sultan Ali Khan from Haryana. The film is directed by Ali Abbas Zafar and produced by Aditya Chopra, under the Yash Raj Films banner. Salman Khan plays the lead role as Sultan Ali Khan. Anushka Sharma is the leading lady of the film.  Anushka Sharma did take wrestling lessons for the film; as she will be playing the role of a wrestler for the first time. The move centers around Sultan Ali Khan, a small town wrestler who is facing problems in his professional and personal life. The movie is all about the struggle and achievements of a man named Sultan.

The film stars Salman Khan and Anushka Sharma in pivotal roles for the first time. According to a report in October 2015, American actor Sylvester Stallone was presumed to be playing the role of Khan’s on-screen coach. However, the executive producer of the film Raja Mukerji cleared that Stallone will not be starring in the film. There was also a rumor that Sanjay Dutt would play the role of the coach, but it was just a rumor. Later Randeep Hooda was signed to play the role of Salman Khan’s on-screen coach. Farah Khan is the choreographer of the film. 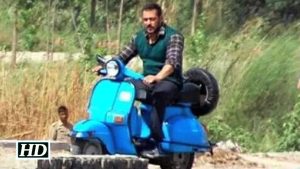 In October of 2015 the pre-production of the film started were Salman Khan used Facebook to first post the photo of his character in the film.  Reportedly, the movie gets more exciting and thrilling with an action sequence between Salman and Anushka. The actor was also spotted in the various places in the city of Muzaffarnagar ridding a blue colored scooter like a common man. Huge crowed gathered to have a glimpse of the star where he was guarded by thousands of policemen. The 360 year old Jama Masjid of Delhi has been filmed in some of the sequence of the movie. 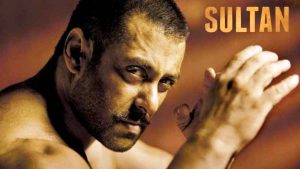 The official teaser of Salman Khan starred movie Sultan opens with a motivating quote from the film: “Wrestling is not a sport, it’s about fighting what lies within,” according to the official announcement made, the movie will be released on Eid 2016 making all the ‘Bhai’ fans ecstatic. For Salman Khan, his ‘Eid’ release have so far been the blockbusters and with “Sultan,” the next one coming our way too.

“Sultan” posters where Salman Khan with beefed up look, bulked muscles, cropped hair, and a moustache does make him to look like a powerful wrestler. Moreover after watching the mind-boggling trailer of the movie one can say that Sultan will in no way be a just another ordinary wrestling movie.