A B C D of a bibliophile

“A reader lives a thousand lives before he dies, said Jojen. The man who never reads lives only one.” quoted George R.R. Martin and every bibliophile will agree to this in a heartbeat. In this inconstant world, the only trend that has remained constant is reading books. The faint smell of old books, the letters inscribed on white pages and the shine of new book covers can intoxicate any book lover
But the transition from fairytales to classics is not abrupt. Every bibliomaniac got intimidated by those black and white pages once upon a time but as soon as they got entrapped in that magical world of books they could never come out of it.So here I present the top ten books which inaugurate a readers library.

1. FAMOUS FIVE:- A series of novels based on the adventures of five children namely- George, Anne, Dick, Julian, and their mongrel dog-Timmy. Enid Blyton kept all of us engaged with her absorbing stories. These were the novels which exposed us to the insurmountable charm of books. Secret Seven is a series of books of a similar genre which is equally enjoyed by all the budding readers.

“Mothers were much too sharp. They were like dogs. Buster always sensed when anything was out of the ordinary, and so did mothers. Mothers and dogs both had a kind of second sight that made them see into people’s minds and know when anything unusual was going on.”

2.NANCY DREW- Number of authors had penned down one of the best of mystery novels under the name Carolyn Keene. The novels revolve around a teenage detective Nancy Drew.

“Do act mysterious. It always keeps them coming back for more”

3.GOOSEBUMPS:– Not all of us can be captivated by romance, thrillers or classics. Few need spooky ghosts to welcome them to the world of books and for them Goosebump series is perfect. Written by R.L Stine, the books follows the stories of children and their encounter with paranormal creatures.

“Most fears are basic: fear of the dark, fear of going down in the basement, fear of weird sounds, fear that somebody is waiting for you in your closet. Those kinds of things stay with you no matter what age.”

4.O Henry-100 selected short stories– This anthology has the collection of short stories written by well-known O Henry. This book includes ‘The gift of the Magi’, ‘Law and order’ , ‘Strictly business’ and all other stories which will leave you amazed.

“We can’t buy one minute of time with cash; if we could, rich people would live longer.”

5.MALGUDI DAYS– It is a collection of thirty-two stories which is centered on a small town Malgudi. This book written by RK Narayan was also adapted into a television series.

“Friendship was another illusion like love, though it did not reach the same mad heights. People pretended that they were friends when the fact was they were brought together by force of circumstances.” 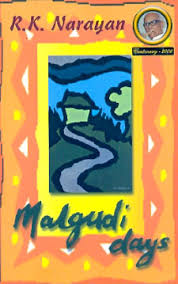 6.THEODORE BOONE– Theodore Boone is a character sketched by John Grisham who features in a series of books. This book follows the kid lawyer’s take on innumerable cases.

“It wasn’t a romance; they were too young for that. Theo did not know of a single thirteen-year-old boy in his class who admitted to having a girlfriend.”

7. DAVID COPPERFIELD- Although most of us choose the abridged version over the original one but this novel shows us the beauty and intensity of classics. This novel was written by Charles Dickens and it is believed that this story has elements of his life.

“Whether I shall turn out to be the hero of my own life, or whether that station will be held by anybody else, these pages must show. To begin my life with the beginning of my life, I record that I was born (as I have been informed and believe) on a Friday, at twelve o’clock at night. It was remarked that the clock began to strike, and I began to cry, simultaneously.” 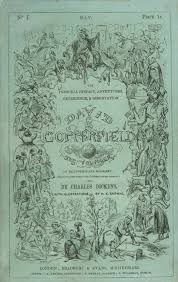 8.OLIVER TWIST– This is another novel written by Charles Dickens which finds a place in our library. Through this novel, Dickens highlights the life of an abandoned orphan and the atrocities he faced in life.

“For the rest of his life, Oliver Twist remembers a single word of blessing spoken to him by another child because this word stood out so strikingly from the consistent discouragement around him.”

9. LOVE STORY- This novella is usually the first choice of every reader when they want to delve deep into the romantic genre. The 135 pages love story traces the story of two college students and their conjugal life. The tremendous success of this book compelled Erich Segal to publish a sequel- OLIVER’S STORY 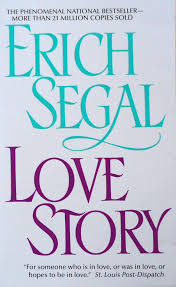 10. HARRY POTTER– Describing this novel as a children’s fantasy will be an understatement. This series of seven books written by JK Rowling explores emotions, romance, humor, adventure,magic, miracles and subtly captures the entire world in those pages.

“It is our choices, Harry, that show what we truly are, far more than our abilities.”