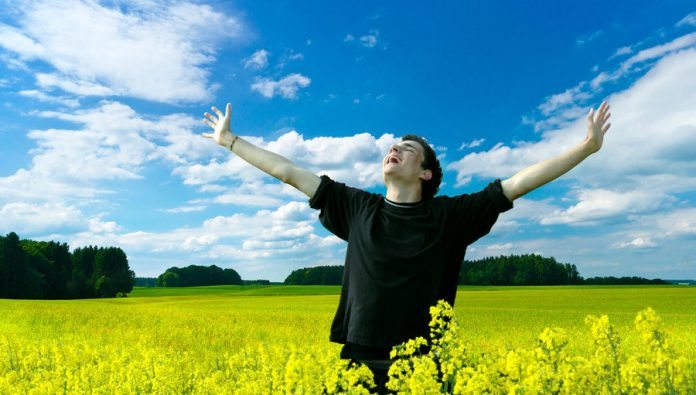 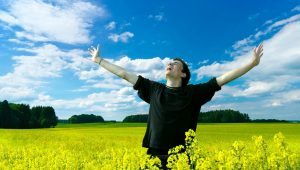 The death of Pratyusha Banerjee is a shock to everyone. “Too young to die but too frail to survive.” Succumbing to depression is just not the right thing. However depression is something that cannot be taken lightly anymore, as the psychologists have confirmed that it is a condition which means it is a disease that needs treatment.

Till now my readers must have understood that I put across my message in story form, this piece is no different. I will just pick up characters from previous article, “Couples who train together stay together.” Do you remember the sunshine of the story? No it is not Cindy or Brock but the guy who got them together, Shane.

Shane, the ever smiling, always happy, funny and jolly guy was everything he didn’t look like. He was wearing a mask to conceal his pain, frustration and anger. A regular at gymnasium, friends with one of the strongest guys in the gym, always eager to try new things just vanished one day. People don’t say it for nothing, “people who smile the most are unhappiest and those who make everyone happy sacrifice the most.” Well this is what exactly happened to the happy go lucky Shane when his girlfriend ditched him for someone else. More than anything else his ego was hurt, he was drop dead handsome, smart, intelligent and successful. Honestly speaking it was the girl’s loss but how do we make the broken heart lovers realize this, they always take the blame instead of chucking the no gooders out of their life, they pine and cry.

Cindy could notice that Brock looked disturbed from past few days, every time she asked he just brushed the question away. Today too she could see that he looked offbeat, she decided to confront him about it, she straightaway went up to him and asked, “What’s eating you big boy, I want a straight answer, don’t try to escape.” He wiped the sweat off his forehead and said, “I am concerned about Shane, he is acting strange, doesn’t talk, goes out or even comes to the gym.” Brock and Shane were childhood friends and Cindy could very well understand that he was concerned about him. She told him, “Just call him up and ask him whether he is home, and if he is there let’s go there right away.”

Shane looked disheveled and haggard, there were dark circles under his eyes, and he looked broken and weak. Both the guys felt uncomfortable to talk, the silence was making all of them uneasy. Cindy got up and sat next to Shane and blurted, “Buddy this is insane, I am sure it is either a girl or career, both are shitty reasons to look like this. You are simply wasting away the golden moments of your life, I won’t listen to a single excuse, I want your depressing backside at the gym tomorrow plus you have to go out with us this weekend.” Shane wanted to reply in negative but before he could say anything, Cindy held his hands, “Let me help you the way you helped me once, you introduced me to Brock and it changed my life, it’s payback time.” She said and smiled, there was so much of conviction and aggression in that fragile looking girl’s voice he had to give in plus that killer of a smile of hers, it could melt even a beast’s heart, whereas Shane was just a softhearted boy next door.

Shane tried to reply in affirmative but broke down in tears instead. All he could say was, “Please leave me alone, I just don’t feel like going anywhere, don’t want to talk to anyone.” Saying this he went to the other room. Cindy could very well relate to his condition, she looked at Brock and said, “He needs help, he is under depression, these are clear symptoms. The symptoms of depression are:

She told Brock that they will have to pull him out of this dungeon, he has to come to the gym and exercise as it is one of the most effective ways to fight depression. Brock who has been silent all this time, got up and went to the other room, Shane had locked himself up in his bedroom. He knocked softly but there was no sound, he said “Open the door or I will knock it down and you know I can do it.” Shane knew his friend too well, he came out, hugged him and cried bitterly. Cindy came with water and made him drink it.

They told him in a calm voice, talk it out, whatever is eating you up, don’t keep it to yourself, just share and mind you, never ever blame yourself. Brock said, “I will give you a few tips that will help you fight depression, you can punch it right on its face.

Set a Routine: All depressed people need a routine as depression takes away the normal structure from one’s life. One day is mechanically followed by the next. Setting a normal daily schedule can help one return to track.

Motivate Yourself: Depression makes you feel, you can’t accomplish anything. This feeling makes a person feel worse. Get your old life back, set daily goals for yourself and motivate yourself to achieve it.

Exercise: Workout can boost feel-good chemicals called endorphins. In the long run, it completely removes depression from one’s life. Exercise daily as it will encourage the brain to rewire itself in positive ways.

Follow a Healthy Diet: Follow a healthy diet to stay fit, live long, and look good. Watch what you eat, because it so happens that depression causes overeating, therefore try to control your eating habits to feel better. Foods containing omega-3 fatty acids (like salmon and tuna) and folic acid (like spinach and avocado) can also help control depression.

Maintain a Normal Sleep Habit: Most of the time depression causes sleeping disorders, little or no sleep can worsen the depression and excessive sleep can result in laziness which again increases depression. Try to stay away from, TV, mobile phone and computer when you want to sleep, and Social Network, this might improve your sleep.

It was their care and concern that made him realize that one person is not worthy enough for whom he should give it all away. He was back on the tracks the next day. Initially he just did it for them but soon he started to enjoy it. Getting back to normal routine, daily workout, proper sleep, healthy diet and yes the cheat meals never looked so good. Every weekend the three of them went on shopping frenzy, Brock’s craze for fast cars, Cindy’s never ending trips to parlors and her weird nail arts and hairdos, his comics’ addiction, the friendly brawl over DC and Marvel, all these were enough to bring the lost SMILE back to his face.

Shane is back to his normal self and to Cindy’s frustration the yucky boy’s talk regarding who can burp most, who farts loudest and other shitty bathroom manners are getting more and more irritating by the minute. But she is happy to see their sunshine back in their lives. Help your friend fight depression, bring them back to their normal routine, who knows you may save a life.