Unemployment: the cause of suicide

Losing a job, a home, retirement income, or incurring mounting debt are all linked to a wide variety of negative health outcomes. They can aggravate existing conditions and may create new problems. In some cases they may lead to thoughts of suicide, and with some individuals may lead to suicide attempts and completions.

Unemployment  in good times or bad is a far bigger factor in suicides than an economic crisis, accounting for nine times as many deaths, according to a study.

The recent economic downturn has caused about 5,000 deaths in 63 countries, whereas unemployment over the period 2000 to 2011 was responsible for 45,000, incidents happen.

“Our findings reveal that the suicide rate increases six months before a rise in unemployment. What is more, our data suggests that not all job losses necessarily have an equal impact, as the effect on suicide risk appears to be stronger in countries where being out of work is uncommon.

“It is possible that an unexpected increase in the unemployment rate may trigger greater fears and insecurity than in countries with higher pre-crisis unemployment levels.” 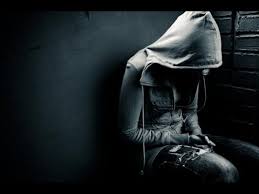 Why the suicide rate for young man is rising?

And when your self-esteem takes a hit, you tend to isolate yourself and withdraw socially from the people you care about, says Ryan.

If you’re facing a job loss—or feel it might be looming on the horizon—your best bet is to be proactive. Follow these three steps to boost your mental health and better absorb the blow:

Just because you don’t have to punch a clock, that doesn’t mean your days should be a free-for-all. Instead, use your time to your advantage.

“You likely had a lot of structure when you were working, and not having any can be its own kind of stressful,” says Ryan.

Keep yourself calm by fostering some order. Create a schedule that’s built around accomplishing manageable goals—not unrealistic, stress-inducing ones, like landing a great new gig in under a week. (The better play: Aim to send out three unique resumes in a day.) Then make sure you stick to it.

Don’t blow off the help your company can give you. Outplacement services—either from your former job or the local unemployment office—offer useful guidance and resources, ranging from résumé building to interview practice.

Perhaps more importantly, these kinds of tools also give you a chance to connect with others who are in the same situation and truly understand your challenges.

Do you find yourself sleeping all day, continually replaying a certain memory from your job loss, or feeling an overall lack of hope? Any of these could signal more than just low spirits.

It’s not uncommon to become depressed after a layoff. In fact, a study from George Washington University found that 42 percent of people who lost their jobs scored above the cutoff level for potential depression in mood tests.

So if you feel like you just can’t shake the blues, seek the guidance of a trained counselor. He or she will lend you a non-judgmental ear, and will help you get the treatment you need.

“Besides specific therapeutic interventions, sufficient investment by governments in active labour market policies that enhance the efficiency of labour markets could help generate additional jobs and reduce the unemployment rate, helping to offset the impact on suicide.”