The term education system generally refers to public schooling, not private schooling, and more commonly to kindergarten through high school programs. Schools or school districts are typically the smallest recognized form of “education system” and countries are the largest. States are also considered to have education systems.

While the term education system is widely and frequently used in news media and public discourse, it may be difficult to determine precisely what the term is referring to when it is used without qualification, specific examples, or additional explanation. 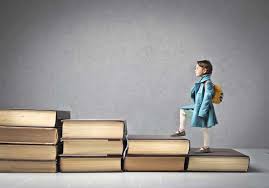 In ancient times, India had the Gurukula system of education in which anyone who wished to study went to a teacher’s (Guru) house and requested to be taught. If accepted as a student by the guru, he would then stay at the guru’s place and help in all activities at home. This not only created a strong tie between the teacher and the student, but also taught the student everything about running a house. The guru taught everything the child wanted to learn, from Sanskrit to the holy scriptures and from Mathematics to Metaphysics. The student stayed as long as she wished or until the guru felt that he had taught everything he could teach. All learning was closely linked to nature and to life, and not confined to memorizing some information.

The modern school system was brought to India, including the English language, originally by Lord Thomas Babington Macaulay in the 1830s. The curriculum was confined to “modern” subjects such as science and mathematics, and subjects like metaphysics and philosophy were considered unnecessary. Teaching was confined to classrooms and the link with nature was broken, as also the close relationship between the teacher and the student. 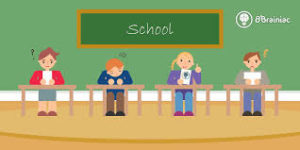 There is a national organization that plays a key role in developing policies and programmes, called the National Council for Educational Research and Training (NCERT) that prepares a National Curriculum Framework. Each state has its counterpart called the State Council for Educational Research and Training (SCERT). These are the bodies that essentially propose educational strategies, curricula, pedagogical schemes and evaluation methodologies to the states’ departments of education. The SCERTs generally follow guidelines established by the NCERT. But the states have considerable freedom in implementing the education system.

The school system in India has four levels: lower primary (age 6 to 10), upper primary (11 and 12), high (13 to 15) and higher secondary (17 and 18). The lower primary school is divided into five “standards”, upper primary school into two, high school into three and higher secondary into two. Students have to learn a common curriculum largely (except for regional changes in mother tongue) till the end of high school. There is some amount of specialization possible at the higher secondary level. Students throughout the country have to learn three languages (namely, English, Hindi and their mother tongue) except in regions where Hindi is the mother tongue and in some streams as discussed below. 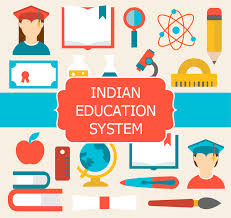 In addition to the above, there are a relatively small number of schools that follow foreign curricula such as the so-called Senior Cambridge, though this was largely superseded by the ICSE stream elsewhere. Some of these schools also offer the students the opportunity to sit for the ICSE examinations. These are usually very expensive residential schools where some of the Indians working abroad send their children. They normally have fabulous infrastructure, low student-teacher ratio and very few students. Many of them have teachers from abroad. There are also other exclusive schools such as the Doon School in Dehradun that take in a small number of students and charge exorbitant fees.

Each state in the country has its own Department of Education that runs its own school system with its own textbooks and evaluation system. As mentioned earlier, the curriculum, pedagogy and evaluation method are largely decided by the SCERT in the state, following the national guidelines prescribed by the NCERT.

Each state has three kinds of schools that follow the state curriculum. The government runs its own schools in land and buildings owned by the government and paying the staff from its own resources. These are generally known as government schools. The fees are quite low in such schools. Then there are privately owned schools with their own land and buildings. Here the fees are high and the teachers are paid by the management.

The Case of Kerala

The state of Kerala, a small state in the South Western coast of India, has been different from the rest of the country in many ways for the last few decades. It has, for instance, the highest literacy rate among all states, and was declared the first fully literate state about a decade back. Life expectancy, both male and female, is very high, close to that of the developed world. Other parameters such as fertility rate, infant and child mortality are among the best in the country, if not the best. The total fertility rate has been below the replacement rate of 2.1 for the last two decades. Probably as a side-effect of economic and social development, suicide rates and alcoholism are also very high. Government policies also have been very different from the rest of the country, leading to the development model followed in Kerala, with high expenditure in education and welfare, coming to be known as the “Kerala Model“ among economists.