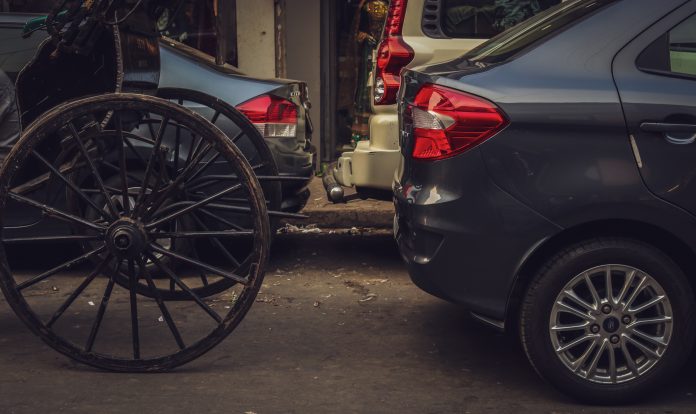 Culture and tradition shape our body from childhood, and we pass on this to our next generation, and it’s not true that accepting westernization hampers our tradition. Though many people see westernization as a threat to Indian tradition. Tradition and modernization have their standpoints of visualizing things. We Indians believe unity is in diversity, we have accepted and let so many culture and custom to breathe, then why not the westernization? Tradition taught us to love, but westernization teaches us how “not to discriminate in love.”

According to our ancient history books, people were divided as per their jobs like Brahmins, Kshatriyas, Vaishyas, Shudras. I will call it management which is a basic rule to follow while running a society, if you will see any business company they also have different posts like Managers, Directors, Financial officer, Marketing officer, office assistant, receptionists, even janitor all have their important role in the company but if I say that janitors job is permanent and they can’t apply for upper posts then it will be wrong, this is the part where we are forming boundaries just the way Brahmins formed for other casts, it was all done in the name of God by the priests in ancient days which was absolutely not right. This custom needed a change where westernization or you can say the right of justice and law comes in. Again I will say it’s not the tradition or custom which was wrong it’s the way we carried it.

In the year 1989, an act was enacted for the scheduled cast and scheduled tribe to curb all the malpractices that were done to lower casts people. Before this act, many casts like Dalits (untouchables) were not allowed to go to school or sit with other upper cast people. It is said that if the shadow of a Dalit person falls on someone, they used to take a shower right at that moment. These people used to eat other people’s leftovers, wear used clothes, and if out them anyone tries to raise their voice, then they end up being killed. But after this law put forward by the government, they get their rights of equality and also some special privileges. Article 17 of the Indian constitution states that untouchability will be abolished, and the practice of any such form is also forbidden. The SCST act amendment of 1989 was again revised in the year 2015, where many more key featured were added these changes for the betterment of the society, and its people is westernization. No one is allowed to treat lower cast women as Devdasi; no one can undress her or touch her without her consent; no one can disgrace them by calling them with their cast name in public and preventing SC or ST from entering into any public property like the temple that is open for public, education, or health institution.

The sacking of section 377

In the LGBTQ case, before the abolition of section 377, being lesbian, gay, or bisexual wasn’t legal. People in rural areas had to suffer a lot because they can’t share their feelings with people openly, rules and actions may have changed in India, but the mentality of 60% people is still same, for them, it’s a mental disorder that people suffer from, in village side to correct this disease village baba’s used to suggest rape. This is how immature our state is, over here talking about sex in front of your parents might be compared as a very manner less child. Instead of giving your child a proper sex education, they try to hide it. In this kind of society, it’s even harder to discuss LGBT to your parents.

There are many LGBTQ people out there who still don’t have the confidence to speak up for their rights, feel shameful even in approaching and saying about how they think about love.

Dhruba Jyoti, LGBTQ activist and also a journalist said that during his teenage days made a fake Facebook profile where he can share his views and could meet or interact with more people like him, which gave him the courage to speak up and motivated him to be who he is really to the world.

We all find our way and soon figure out what are the changes that are required in our society. These good changes like dissolving of article 377, this westernization gave every single being to love whoever they want to and no one can put any allegation or can treat them like they are psycho.

Couples like Amit shah and Aditya Madiraju, the gay couple, tied their bond of love together, in a temple of New Jersey. For Suchandra Das and Sreemoyee Mukherjee also it wasn’t easy, but they made out of this and got married in 2015 in Bengali tradition and settled in Chennai. As Sree posted, “There was no problem in Chennai. People are kind and non-interfering”.

Changes that we observe nowadays children those who hardly come outside of their homes in the evening to play with other kids, this is because of modernisation the children are more interested in gadgets and play stations then playing with someone like them. I will blame parents for this. They do not understand that from where their children will learn about the changing environment, physical skills, unity, and care if they will not go outside and interact with people. Modernisation or tradition is cool, but extensive use may lead us to destruction. A balance between both is always needed, and getting attached to any of them can harm.

Culture and tradition shape our body from childhood and we pass on this to our next generation and it’s not true that accepting westernisation hampers our tradition. Though many people see westernisation as a threat to Indian tradition. Tradition and modernisation have their standpoints of visualising things. We Indians believe unity is in diversity, we have accepted and let so many culture and custom to breathe, then why not the westernisation? Tradition taught us to love but westernisation teaches us how “not to discriminate in love”.