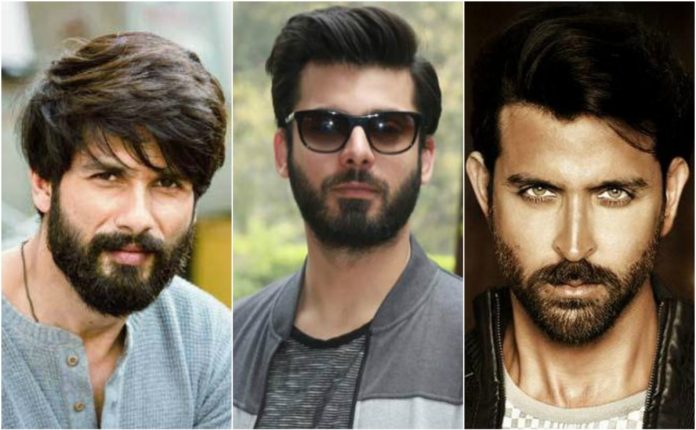 November is commonly associated as “No Shave November”. But if I was supposed to make a rule I would make it a crime for guys to shave as they all look Oooh!! so amazing in their beards. Many celebrities now-a-days keep beard to make a statement and they are look ravishing. Following the footsteps of our beloved stars a lot of boys now keep beard and thus look like men. Thanks to our stars for setting some serious goals. Let’s take a look at the celebrities that book badass with a beard and can make girls drool all over them.

Shahid Kapoor looked like a millionbucks on his wedding day and broke many hearts but he looked dashing in his sherwani and nicely done beard. He is one Bollywood actor that has oomphed up the hotness quotient.

Ranveer Singh donned a beard and moustache for his role in “Ram-Leela” and defined the masculinity. None can support a beard like the actor. It should be illegal to be this hot.

Virat Kohli is one of the best cricket players India has been fortunate with. He looked like a kid before but now he is a dashing player with lot of girls dreaming about him.

Riteish Deshmukh also transformed his looks for one of his movie and now supports a beard and a pony tail and showed everyone how the look is supposed to look. He is for sure a hot commodity in Bollywood.

Jumped from being a cute funny guy to sexy and hot men with humor and that makes that best combination. Isn’t it?

Akshay Kumar is one actor who can support any look and we have seen that in his every movie. He can rock a beard, a moustache and a clean shaved look.

Varun Dhawan is the cutest actor on-screen with his charismatic looks and voice and since he supported the beard and moustache his image has changed. He showed everyone how to look cute and sexy at the same time.

Fawad Khan increased the hotness quotient when he donned a beard for the movie “Ae Dil Hai Mushkil”. He made his girls crazy after him who couldn’t anticipate that anyone can ever rock a beard like Fawad Khan. True that. Giving boys major beard goals.