These days, most of the people prefer binge watching tv series on Amazon Prime, or Netflix, or Hoichoi. Netflix, being the most popular amidst the three, has had over 158 million subscribers worldwide. It had been launched in 1998 with the advent of it as the first media-streaming and video rental platform. It started with offering online subscriptions through the internet and mailing DVDs, and has come this far, today. Here is a list of top 7 series on Netflix that everyone should watch, if they haven’t:

This tv series starts Golden Globe winning actress Winona Ryder and is an American science fiction horror, set in 1983, where Winona, as Joyce Byers lives in a small town in Indiana and it all starts from there. The first season had been released in the year 2016 and it focuses on the disappearance of Joyce’s 12 years old son, and the mystery that follows right after. The second season is set one year later in October 1984 followed by the third season set in July 1985. This series is the perfect combination of investigative drama, alongside supernatural occurrences that have been portrayed in the light of child-like senses.

In my opinion, as well as in the opinion of many, this is the greatest tv series of all time without any doubt. The lead characters of this are Walter White, a chemistry teacher-turned-drug lord and his partner, Jessie Pinkman. The name of the actors are Bryan Cranston and Aaron Paul. This series has received the most number of awards and nominations until now and is a must watch for all those who haven’t seen it. In order to get the overview of the entire story one also needs to watch Better Call Saul and  the movie named El Camino which adds to the sequel of the series. In this series, Walter White struggles to revive from cancer and decides to earn as much as he can, for his family until unexpected turn of events take place and things go into a different direction. It is so thrilling to watch this that one would stay glued until they’ve binge watched the entire thing.

This series had been released back in 2014, and is about a humanoid horse named Bojack who engages in ample amount of booze and self loathing. It is an American adult animated tragicomedy and is widely watched and appreciated by a huge number of people all over the world. This is a Netflix original tv series that has a very realistic approach towards depression, sexism and addiction, alongside a satirical approach towards the Entertainment industry. Everyone should watch this at least once, because it has been given the title of one of the best animated series of all time (apart from Rick and Morty, obv).

This tv series stars the Emmy-nominated actress, Natasha Lyonne where she’s playing someone named Nadia. This series had been released back in February 2019 and has been reportedly recognised as one of the best series on Netflix. This is a comedy-drama series revolving around Nadia, who is at a party where she’s the guest of honour as its her birthday party, but on that very night she gets caught on a mysterious loop as she repeatedly keeps attending the same event, and dying—then again she wakes up the next day, unharmed. This series is a time-loop narrative that has been inspired from some other narratives such as Groundhog Day. A movie similar to this style has been released on Netflix recently and is called Happy Death Day  where a girl keeps dying until she solves her own murder mystery.

Rick and Marty has been my all-time favourite show, and I am sure that many would agree that other than Bojack Horseman, this too is one of the best animated series on Netflix. It is an American sitcom which revolves around a super-intelligent scientist-cum-grandfather Rick, and his grandson Morty. After he had gone missing for 20 years, Rick Sanchez comes back to his family—his daughter, son-in-law, granddaughter and grandson and unexpected turn of events follow right after. Rick and Morty head out for innumerable adventures all around the universe and encounter different kinds of creatures and species in due course of action. This had been released back in the year 2013 and since then, there have been three seasons and its definitely worth a watch.

This is a psychological thriller which isn’t meant for the ones who are weak at heart. It is again, one of my most favourite tv series of all time and has been rated with an Imdb of 8.6 out of 10. The persons behind the camera for this series are oscar-nominated director David Fischer and Oscar-winning actress Charlize Theron. The primary characters of this series are Jonathan Groff, as Holden Ford and Holt McCallany as Bill Tench. The story tells that, often in order to catch a serial killer one must understand what’s going on in their minds or what their general pattern of thought is before committing a crime. Thus, FBI agents Holden and Bill visit notorious serial killers such as Ed Kemper, whose character has been derived from a real serial killer. Apart from this there was Dennis Rader who named himself the BTK killer, Jerry Brudos—known as the ‘shoe-fetish killer’ amidst many others. The gruesome details in this series is more than interesting and it is worth a watch.

Those who have played the game and read the book, already know the story. Nonetheless, for the rest of us, a tv series has been released based on the book and the game in Netflix, which is starred by Henry Cavill, who is a total eye candy and looks dapper in the show as well. It is a Fantasy series which revolves around the character of Witcher a.k.a Geralt of Riveria a.k.a Henry Cavill himself! One season has been released and it is absolutely amazing. Once you’ve finished watching it you might end up humming to yourself ‘Toss a coin to your Witcher oh valley of plenty’. 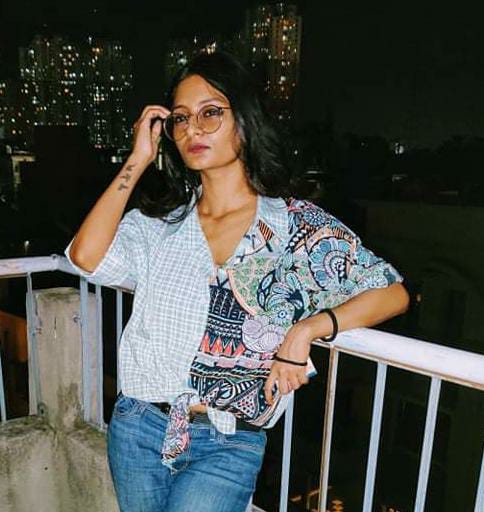 Ayushi Kar
I have always been intrigued by great content and have taken a special interest in exploring and venturing into different genres of topics, to gain a better understanding about things. I am currently pursuing my M.A in Sociology from Jadavpur University, and I have worked as a blogger and content writer for two NGOs before. Apart from that, I am a trained classical and creative dancer for almost 16 years now. I like reading books, listening to good music, and exploring various cuisines over time