Christopher Nolan is undoubtedly one of the best directors Hollywood has seen. His style of film-making leaves us awestruck every time. There’s always a “jaws-drop, eyes-pop” expression on our face while watching his movie. The marvellous shots and sequences in every film and the narrative structure in each of his films are unique as well, he always puts up a whole new experience in every other film. With Dunkirk releasing next year, one of the most awaited movies we have to know a little about the earlier enthralling and intriguing films he has made in the past. Here are the few films that have left us astounded. 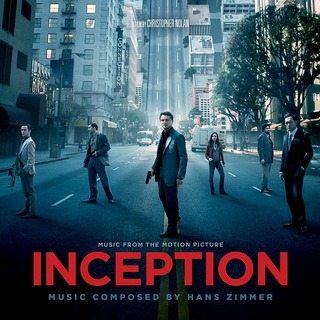 A 2010 sci-fi, mystery with amazing special effects and an unbelievably fascinating story was a blockbuster. The film starring Leonardo DiCaprio, Tom Hardy, Joseph Gordon-Levitt and many more renowned actors is a must watch. The word “inception” itself means creating or beginning something. Well Nolan shows us the true meaning of it. The completely original piece of art has stunned the entire world. The major twists and turns in the plot, the emotions portrayed and the mesmerising performances by the star cast, all adds up to the entire package of incredibleness. 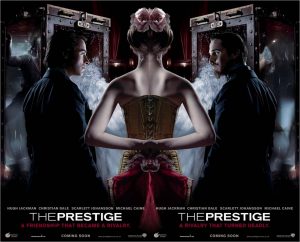 The Prestige, a 2006 film starring Christian Bale and Hugh Jackman is a period drama. It is a film adaptation of Christopher Priest’s 1955 novel of the same name. The film is set in 1900s, resulting presence of elegance of the 1900s with a modern, sci-fi twist. The mesmerising shots and stunning visualization are the added perks of watching the movie. Outstanding performances by Christian Bale and Hugh Jackman who play magicians who are willing to go to any extent to sabotage each other’s career. Another great personality Michael Caine who plays a crucial role in the film is probably Nolan’s favourite he is seen playing a part in almost all of his films. Creation of suspense in this film is mind-blowing as it keeps you hooked on to the story until the end which leaves you numb. 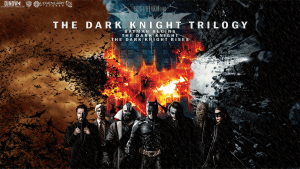 Who doesn’t love a blend of classic comic character and the great Christopher Nolan? The result was as expected, a phenomenal. The collaboration of DC Universe and Nolan was probably the best thing happened. The trilogy began with Batman Begins (2005), with Christian Bale as Batman, the saviour of Gotham City. The villain, Scarecrow, is played by Cillian Murphy another great actor and the infamous Ra’s al Ghul played by Liam Neeson.

The second film in the trilogy was The Dark Knight (2008). This film witnessed the best performance of an iconic actor Heath Ledger who brought Joker to life. Joker is a criminal mastermind, one of the most dangerous villains in the DC Universe, Batman’s worst enemy and Ledger did full justice to the character. The interesting twists and turns leave us in awe.

The last film was The Dark Knight Rises (2012). In this movie another exceptional actor Tom Hardy climbed aboard to give an extraordinary end to the trilogy. The suspense created in all the films was breathe-taking and none of us were ever tired of watching the films. All of us are still up to have a Batman Trilogy Marathon. The amalgamation of an intelligent man and everyone’s favourite superhero Batman is something we would cherish all our lives. 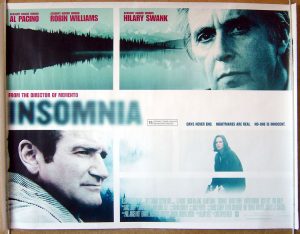 Another breathe-taking film starring the great Al Pacino and everyone’s favourite Robin Williams. This 2002 film is one of a kind. The film centres around a murder of a teenage girl which leads to a huge turmoil for the detective, resulting jeopardizing his mental stability. The intriguing story line and mind-blowing scenes is mesmerising. Pacino and Williams as we all know are devoted artists and their work in this film will make you go ballistic. 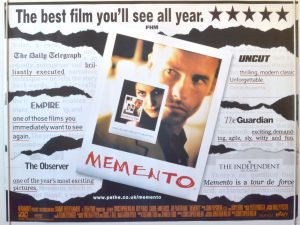 Another exorbitantly amazing film by Nolan, starring Guy Pearce is drama film released in 2000. The film focuses on a man suffering from short-term memory loss and explores his journey to find the killer of his wife. The story line seems quite familiar, isn’t it? Well the 2008 film starring Aamir khan, Ghajini. The minute elements in film used by Nolan are the main highlights of the film.

Insomnia and Memento are the films about which many youngsters don’t know about. They are few of the works done by Nolan. Nolan’s film-making style is a break-through from the conventions. Other prodigious films include Interstellar (2014), Man of Steel (2013), Following (1998) and Doodlebug(1997).